We love the Beach Fossils at this fine publication. They are one of the only bands that can inspire a meet up of our colleagues when there are no free tickets at WillCall. The last band to do this was DIIV at Noise Pop a few months ago (fun fact: Cole Smith from that band was a one-time member of the Beach Fossils). 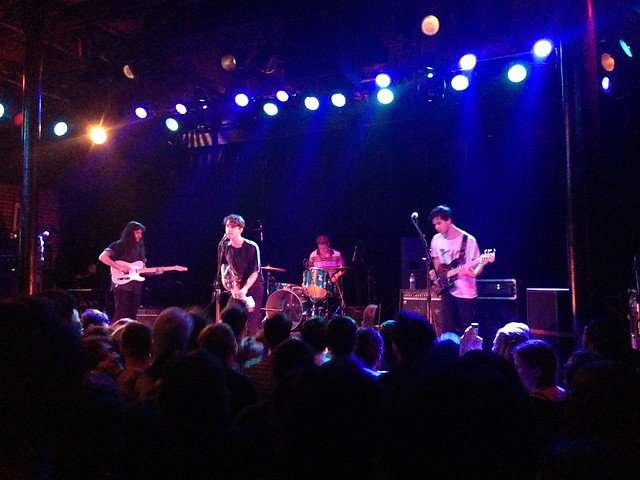 They”re an easy band to love with their mix of lo-fi chill and their ability to get rowdy. It”s almost surprising how rowdy they get live. Full-on mosh pit, crowd surfing rowdy. Touring off of their great new record Clash The Truth, the band from Brooklyn-by-way-of-North-Carolina put on a great set in their second stop in the Bay Area (they played Santa Cruz the night before, in what was probably the best matched band to city show in the history of the world). 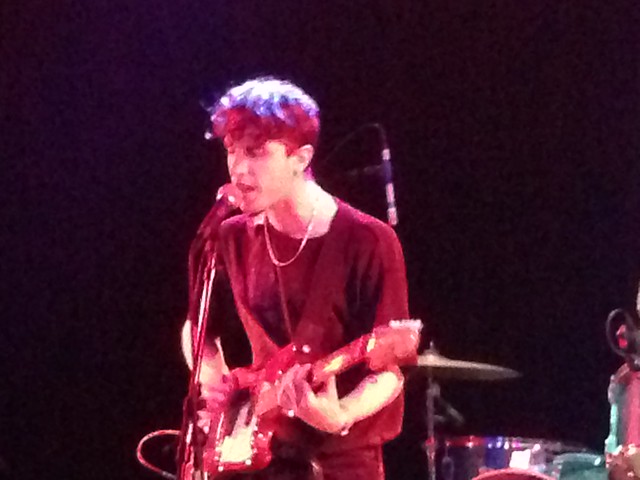 The set started with the title track on the new record, but with a little showmanship. The lead guitarist played an extended version of the brilliant riff that sets the table for the whole album while the rest of the band joined in, one by one. Lead singer Dustin Payseur was the last to take the stage and he immediately

jumped into the crowd and started singing: “Life can be so viscous and we can even appreciate its purities. We”ve been so excited and we can”t feel any of our insecurities.” Slim”s was jumping, the energy was perfect. After a few songs on the new record, they played “Sometimes” from their debut, and it felt like putting on our favorite t-shirt, so soft and familiar. The crowd responded with a sing along. 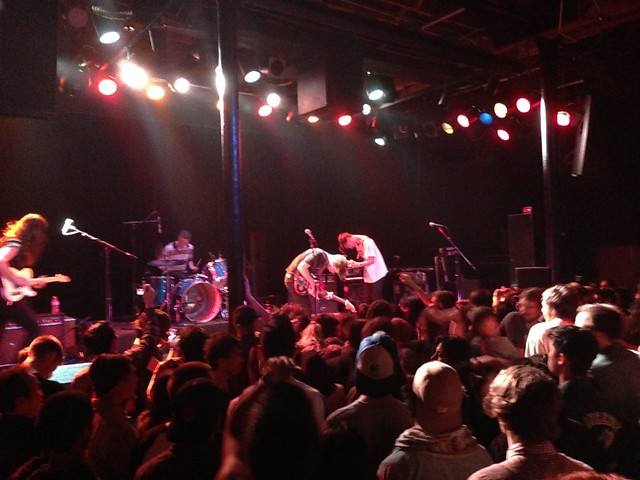 Other great moments came on “Caustic Cross,” which was heavy and narcotic. “Careless” was explosive and unhinged, and “Daydream” was the climatic encore. After they finished, the crowd stood around and waited for more (maybe for “Golden Age”). It was one of those shows where the audience could have stayed all night.