As Bastille made their appearance, the crowd grew wild and it seemed like lead singer Dan Smith instantly got into his zone. Smith was moving and dancing frantically across the stage, really putting himself into every word and every note. Most songs from Bastille’s debut album, Bad Blood, were played throughout the set. Starting off with their usual “Laura Palmer” and followed by “Laughter Lines” and “Poet” throughout the night. 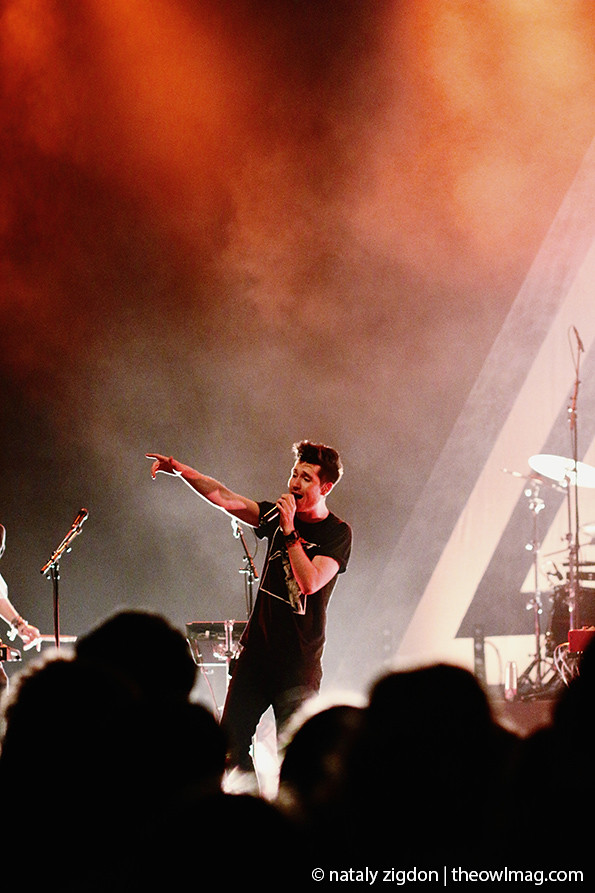 While playing the track “Flaws”, Smith slipped on a hoodie, put the hood over his head and disappeared into the crowd. He made his way through the venue dancing and moving swiftly through the crowd all while serenading us with the words from the song. Those English bands always know how to get our attention. 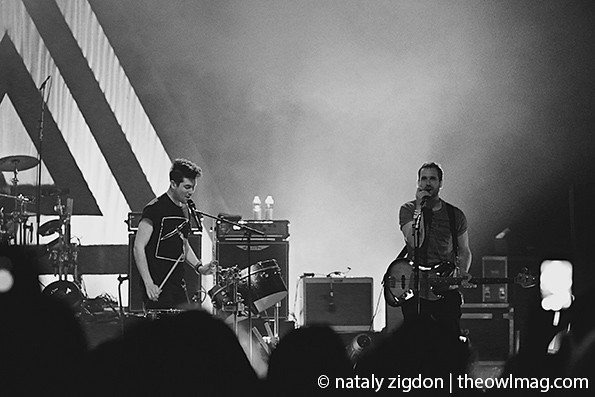 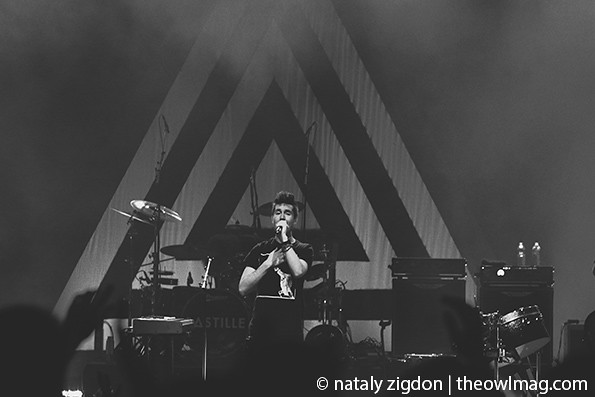 The show concluded with Bastille’s hit “Pompeii”. Best part was that they brought opener To Kill A King back on stage to join them sing the song. It felt like one big party with all members on stage and you could just see how their eyes light up because know they are exactly where they’re meant to be. 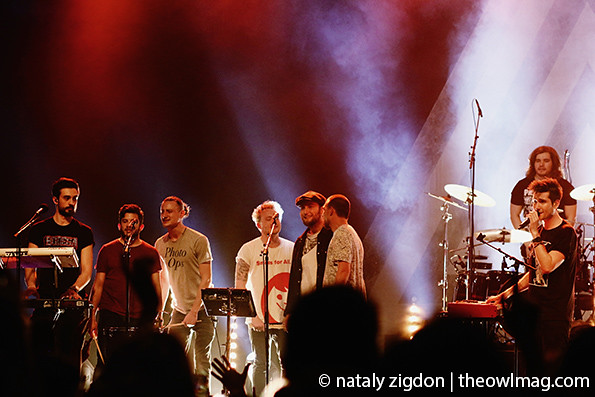 Bastille with To Kill A King