“We’re finally here,” enthused Horrors‘ singer Faris Badwan as his band took the main stage Saturday night. As day two progressed, that idea seemed to be on a lot of minds, and not just those of the audience. Band members could be spotted walking the grounds, in line for food, and standing sidestage at other acts’ sets. 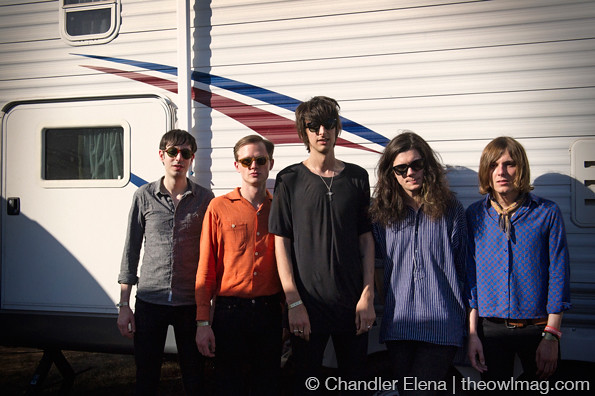 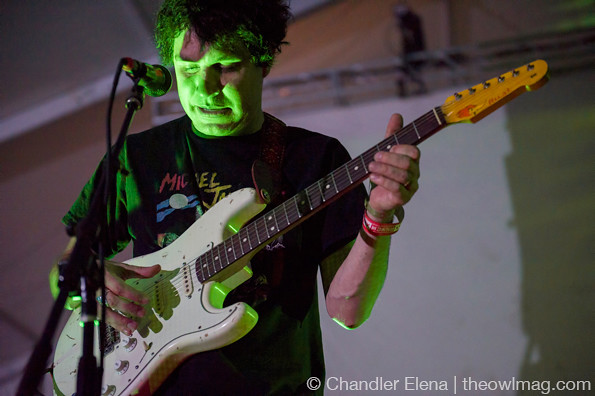 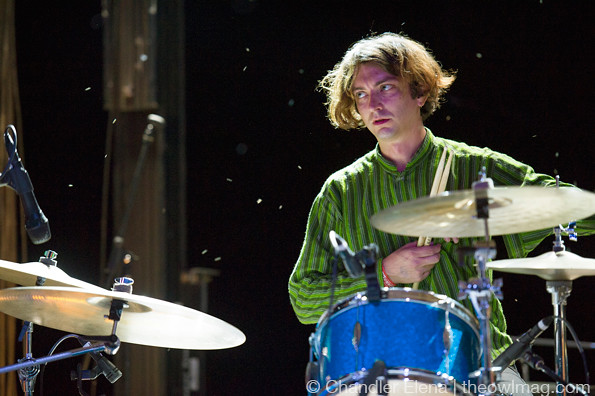 Highlights of the day included England’s newest darlings, Temples, lauded by both Johnny Marr and Noel Gallagher as the best upcoming band in Great Britain. Their solid songwriting and transatlantic success drew most attendees to their stage for the hour — and singer James Bagshaw’s statement that the lineup was the best in the world certainly didn’t hurt. 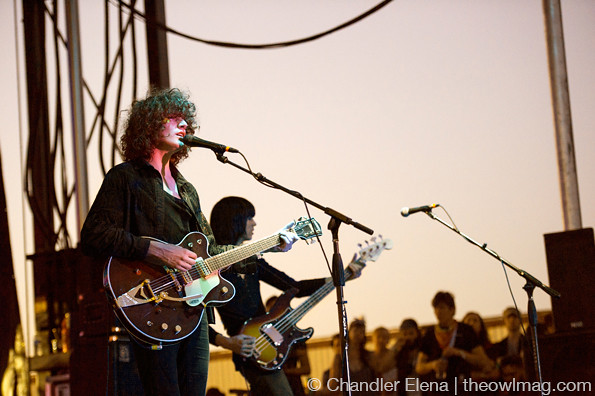 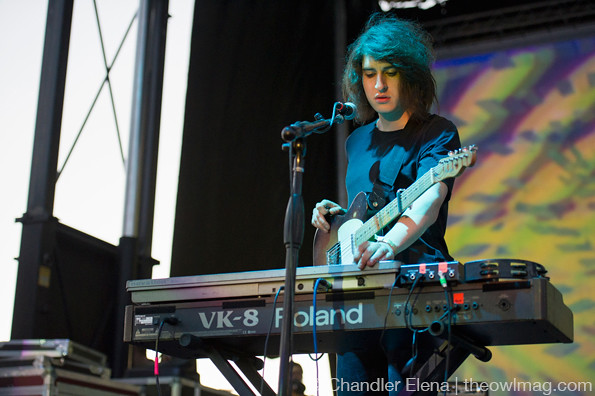 Frequent festival requests, The Horrors, finally graced the Reverberation Stage with new tracks from their fourth record Luminous. As the only group of the weekend to not set up their own gear, the band maintained their mysterious persona yet could be seen watching the headlining Brian Jonestown Massacre later on in the night. 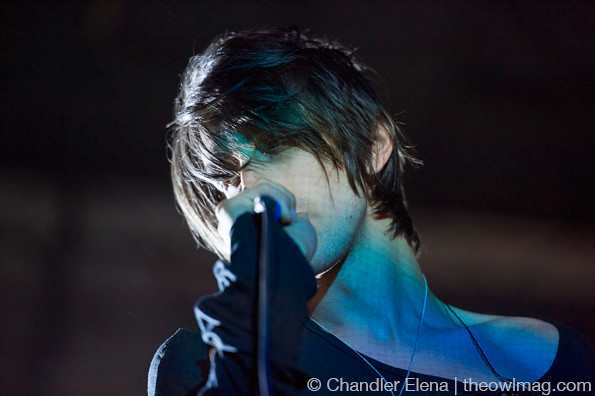 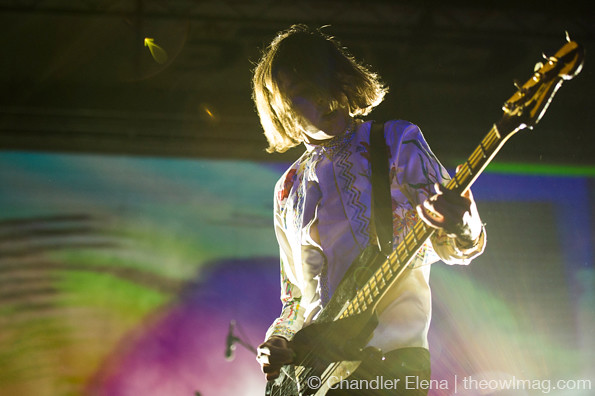 In reference to the headliners, Anton Newcombe and crew returned to the main stage two years after last topping the daily bill with a confidence that carried over to fans and reassured them of a fantastic performance. 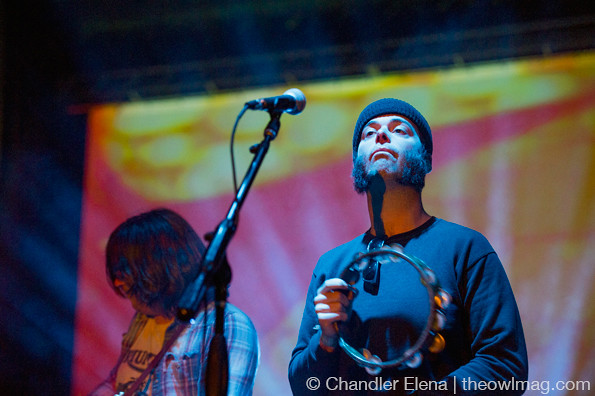 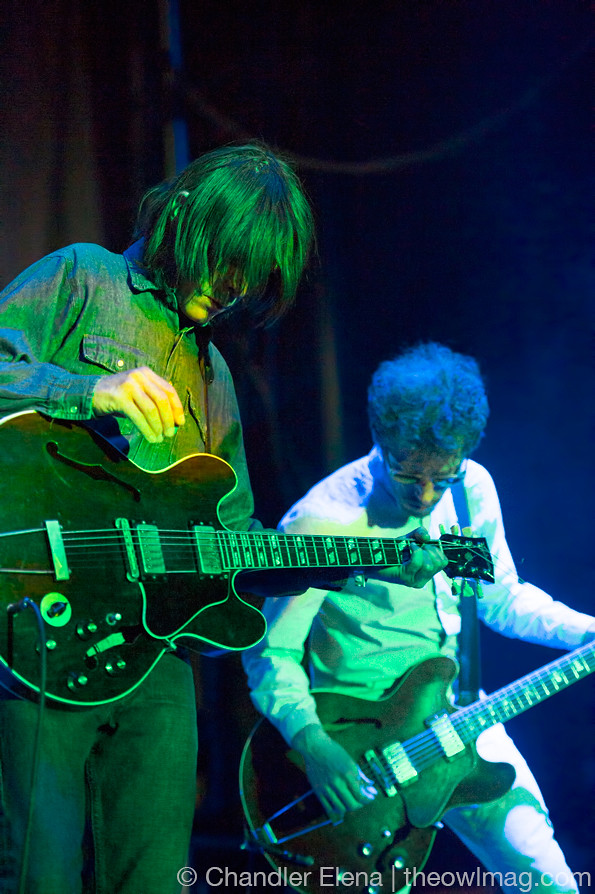 Rounding out the night was a band that broke barriers for many acts playing the festival. Of Montreal played an unusually dim set within the Levitation Tent with an assortment of suited prop handlers. The set featured more material from earlier records than the most recent of their performances, much to the excitement of longtime fans present. 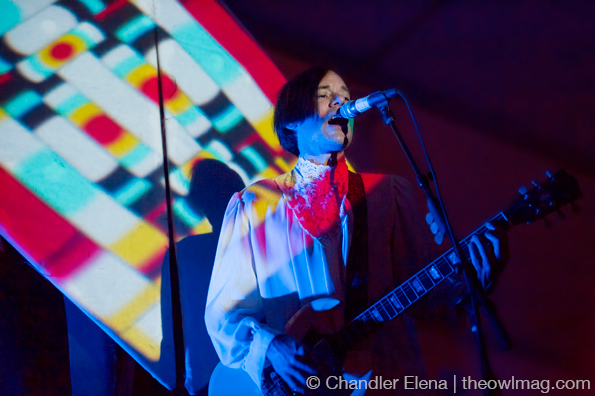