Asher Roth bridges urban music and suburban culture like no other hip hop artist. It’s become fashionable in the genre to embrace where you’re from, even if it’s not “the streets’. Drake, Roth, and others have proven that there is a huge audience for the genre if an artist can create a universe that is based on the influence of hip hop and flip the cliched urban perspective. 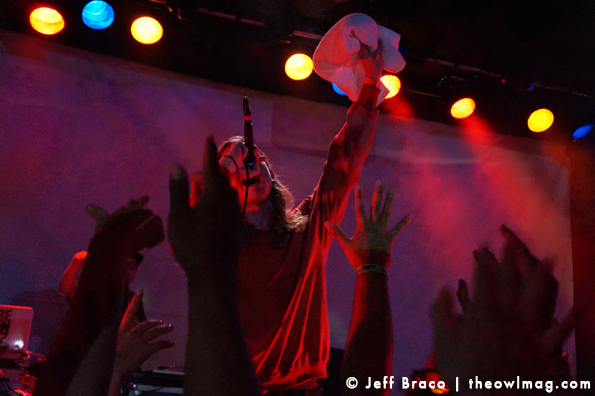 Roth is unabashedly suburban through and through, with a deep love of rap. His mixtape releases over the past six years have ranged from good to great, but his 2009 debut, Asleep in the Bread Aisle, felt like a compromise on multiple levels. He seems to be finding his place with his latest album RetroHash, which sounds free and expressive. 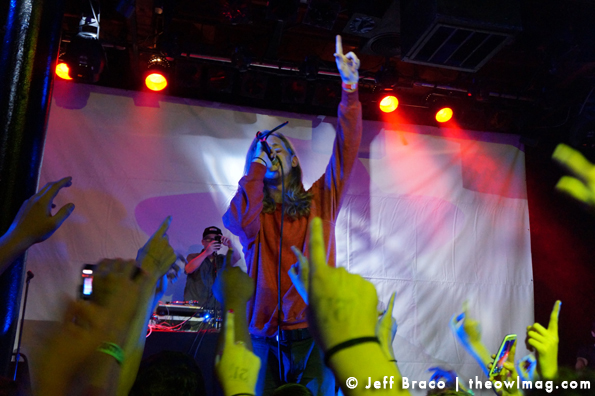 Opening acts Doja Cat and Chuck Inglish were both great and seem to be headed for stardom. They set the tone that this was going to be a proper rap show. Inglish’s “Black Mags” was a highlight of the night and had Slim’s bouncing. 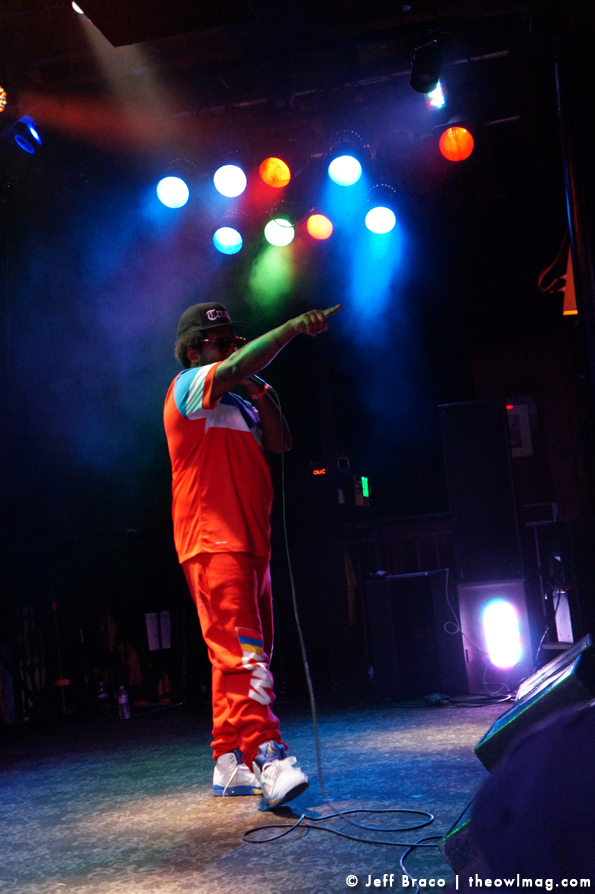 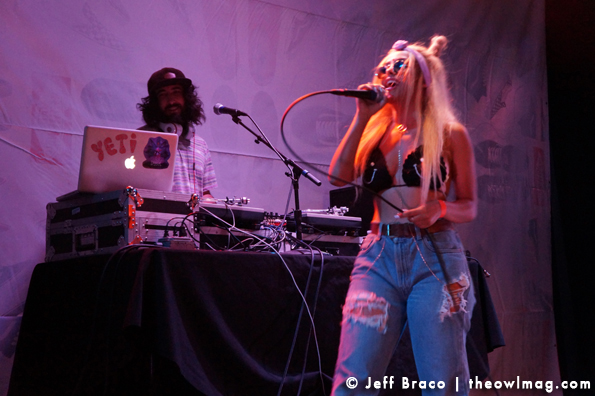 Roth hit the stage with hair that hasn’t been trimmed in two years and a red hoodie.
He’s not a big guy, but has a big presence and commanded the stage. Roth is best known for the mega bro anthem “I Love College”, but he made his name on the underground rap scene, collaborating with mixtape giants DJ Don Cannon and DJ Drama. He went through his best mix tape tracks, crushing beats by J Dilla, Just Blaze, and the RZA, sounding a bit like Eminem before he got angry and shouty. 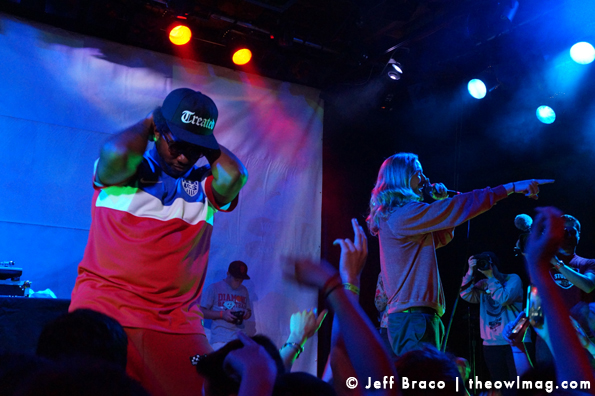 Roth played a few of his new tracks including “Dude”, “Fast Life”, and “Tangerine Girl” (to which he formed a Soul Train-esque dance line); but the most hype moments came when he jumped into the crowd and performed his freestyle verse of “A Milli”. Everyone in the place was jumping. The last track of the night was “College” which, to his credit, seemed obligatory and superfluous, but the crowd joined him on stage wrapped their arms around each other and belted out the lyrics. It was hip hop and the suburbs colliding and it was fun.