Saturday night at the El Rey Theatre in Los Angeles marked not only the end of Pat Grossi’s (a.k.a Active Child) tour in support of his latest EP, Rapor, but a homecoming as well. To those familiar with him, the show also represented his growth and progression as an artist and performer. 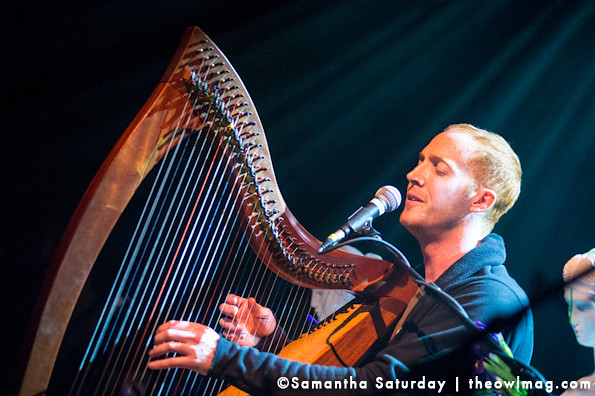 The stage was classically adorned with flora and angelic sculptures that created an organic and natural environment, while the light blue-toned lighting made it heavenly and ethereal. Combine that with an arsenal of a string quartet and an eight-person choir, and you have the formula for an otherworldly experience. Saddled behind his harp, Grossi and crew opened with “You Are All I See” and “Johnny Belinda” that immediately demonstrated his background as a choral performer. But it was during “High Priestess” where his signature falsetto was elevated to new heights due in part to the powerful vocal melodies delivered by the backing choir. 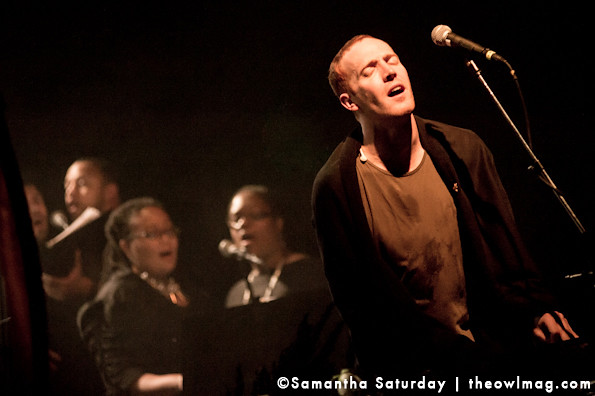 On record, the songs off Rapor are heavily reliant on electronic production. For some artists, that may be difficult to translate using organic instruments, but not for Grossi. The electronic rhythms and melodies were meticulously substituted for lush string arrangements and thick percussion that provided more depth and vibrancy to songs such as “Evening Ceremony” and “Calling In The Name Of Love.” 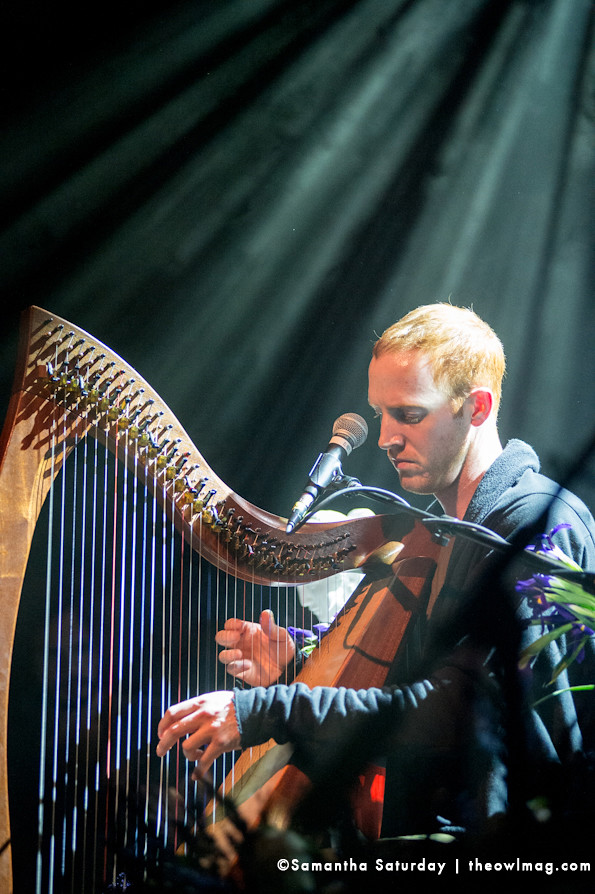 What impresses us most about Grossi is his uncanny control and confidence in his vocal agility. He had no problem shifting suddenly from his high registers to low in “Playing House” or changing his pace on “Subtle,” which (on record) feature guest performers that provide a different flow on certain verses.

The set closed out with “She Got Me” and “Silhouette” where the choir provided eerie yet prominent vocal melodies on the former, the latter proved just how grand Grossi can make his performance. 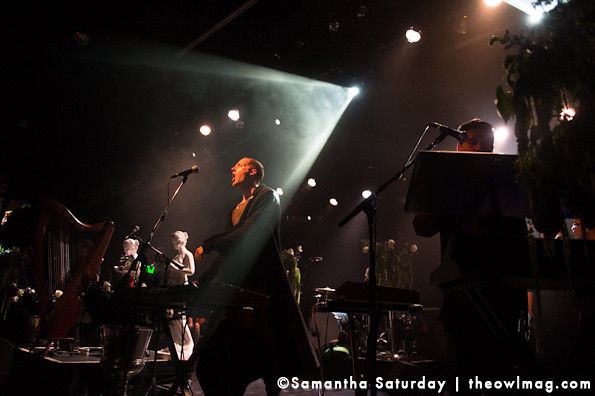 At the end of the night, Grossi showed just how far he had come in his career. From playing a free month-long residency at the divey Echo to headlining tours with sold-out shows, he certainly has the artistic prowess to be even bigger and better than what he is now. 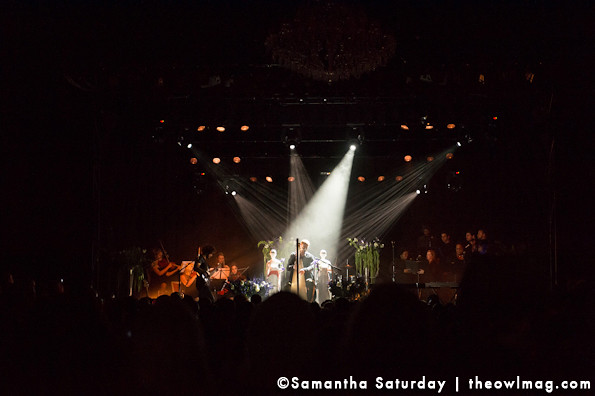 Setlist:
You Are All I See
Johnny Belinda
Evening Ceremony
High Priestess
Hanging On
Calling in the Name of Love
Feeling is Gone
Playing House
Subtle
She Got Me
Silhouette