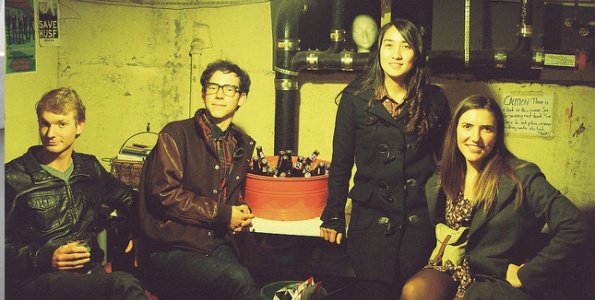 Oakland’s Trails And Ways has quite the burgeoning reputation for a band that hasn’t released a debut album to date. The self-described “Brazilian shoegaze” band garnered recognition from fans by crafting their own versions of more well-known songs, like Miike Snow‘s “Animal” and M83‘s “Midnight City.” Sometime later this year, Trails And Ways will release their highly anticipated debut album titled Trilingual consisting of beautifully crafted original work like single “MTN Song.”

The Owl Mag is extremely thrilled to present Trails And Ways along with KALX at The Independent in San Francisco on June 7th, and to celebrate, we’re giving away a couple pairs of free tickets to some lucky readers. Send an email to contests@theowlmag.com with your full name in the body and “Trails & Ways @ Indy, SF” in the subject line for your chance to win! Good luck!

Not feeling lucky? Go buy tickets and you can thank us later!