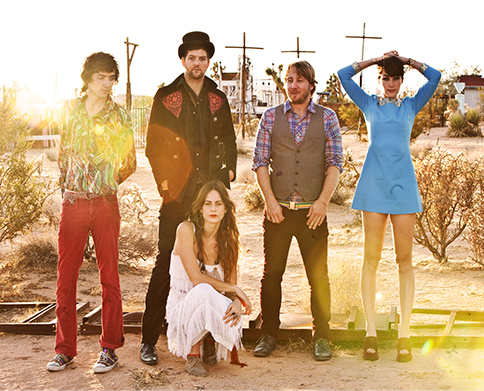 He’s My Brother She’s My Sister, the aptly named steampunk folk group hailing from LA is stopping in Oakland on their way to festival craziness. Following the success of the 2012 debut full length album, they’ve been touring fools going to and fro, spreading the gospel as only they can.

Not braving the southern summer at Bonnaroo this year? Want a pair of free tickets to catch this freaking awesome group live at The New Parish on Thursday, May 23rd? If you’re feeling lucky, email contests@theowlmag.com, including your full name in the body and “HMBSMS@ The New Parish, Oakland” in the subject line.

Not feeling lucky? Go buy tickets HERE and you can thank us later, especially as The Blank Tapes and Song Preservation Society are opening it up.