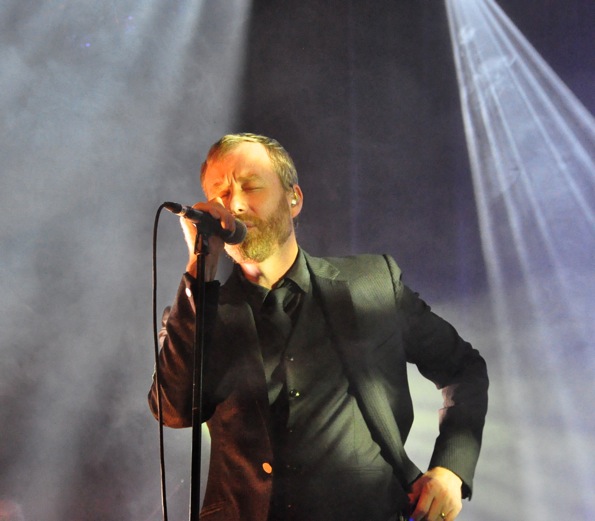 Longevity is something that can be taken for granted in the ever-changing music industry. We become so fixated on discovering the latest and greatest bands on the scene that we unintentionally neglect some of our old faithfuls. Inevitably, however, we find our way back to those bands and albums that hold a tender spot in our hearts and, if we’re lucky, rediscover our love and appreciation for them. Those bands are the constants in our lives. Their albums are what we turn to when we’re going through a profoundly difficult time period. For many of us, The National is that band.

The cosmos align on 9/11/11 in Los Angeles at the Hollywood Bowl and that night promises to be a memorable one. This evening will not only mark the 10th anniversary of the tragic events that took place in our beloved New York City, but also, 2011 marks the ten year anniversary of The National’s first self-titled debut album release. What better way to pay tribute to the Big Apple than to spend the evening with one of the most cherished New York City based bands to hit the scene in the past decade. The lovely Neko Case and Sharon Van Etten will be providing opening performances that evening as well. Just drop us a note in the comments section telling us why you adore The National for your chance to win two tickets to the show. The winner will be chosen on 9/8/11.