EXCLUSIVE DOWNLOAD: “The Parisian Translation” by THE 21ST CENTURY 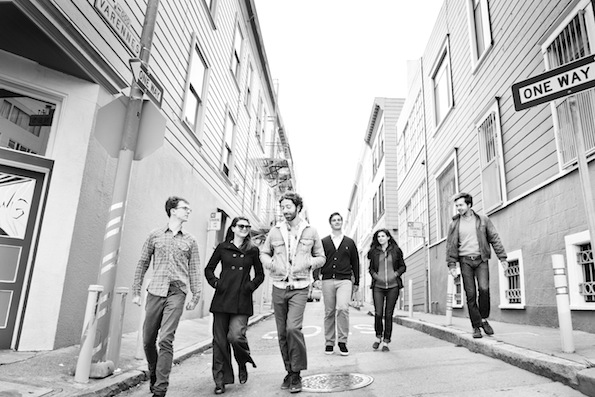 With the sheen of NYE worn off, leaving your streets (and livers) muddied with good intentions and bad champagne, you need a little bit of THE 21ST CENTURY to remind you of the good in the world… or at least give you another chance to re-live (or live down) your night of new year’s revelry. You’re in luck, drunkards: San Francisco indie-pop darlings THE 21ST CENTURY are making their 2012 debut with a kickass EP release show at The Red Devil Lounge, Friday January 6th.

I first met lead singer Bevan Herbekian in 2010 when we discussed the band’s upcoming recording, big-wig producer, and my frozen mango obsession in an Owl Mag exclusive interview. Since then, it’s been a harrowing journey to get EP The City well, to the city — complete with (in their words) “an infamous clash of creative tastes and direction…, a debt, and a fraction of [our] musical family.” The City is surely a testament to the band’s perseverance — but more than anything, it’s damn good music, kids. More on their story in an upcoming feature — ’til then, enjoy this exclusive Owl Mag song download of “The Parisian Translation” and don’t miss the show. THE 21ST CENTURY with support from The Blank Tapes, Mark David Ashworth & Muralismo, and The Beehavers: your first Friday of oh-twelve has never sounded better.