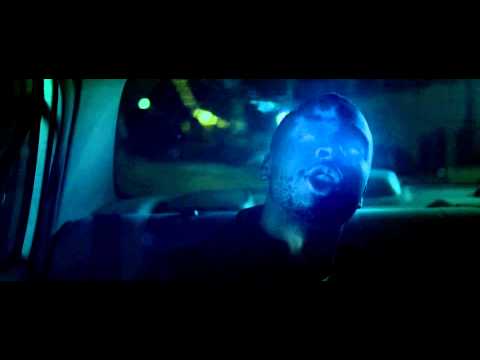 Once upon a time in 2001, when D12 was promoting Devil’s Night on a radio station, the DJ faded their mics back in as Erick Sermon and Marvin Gaye’s “Music” faded out. As a Bacardi and Mountain Dew-addled Eminem warbled along with Marvin, Proof approvingly grunted, “that song slammin.” Those three words perfectly describe whatever tune we can’t get out of our heads. Here are this month’s picks:

“Not Enough Violence” is one of the many standouts on Ariel Pink’s most recent schizo pop opus, pom pom. Ostensibly another nü-new wave dance cut, monotone warbling and siren-like wails add creepy depths. When the song skitters towards a melancholic breakdown, it easily ranks amongst Pink’s finest work yet. A brilliant example of how to look back and look forward at the same time.

This five piece from Leeds, England nails at least three of our favorite variations of rock on their latest album, The Hum. “Off Screen” is a seven and half minute breather from the neo-psych punk and blues metal. A muted bass carries the melody through plaintive vocals and white noise squalls, assuring us that slowcore is alive and well.

We’re still reeling from Monica Bierkenes’ enthralling performance at Monterey’s First City Festival last summer. This swirling electro pop epic is nothing short of addictive, and a thrilling finale to 2014’s Pocketknife. If you get the whole album, the hidden track that follows is a fitting coda.

LA rap collective Hellfyre Club released four noteworthy solo projects in 2014. Nocando’s Jimmy the Burnout was arguably the best of them, but it came out the same day as Freddie Gibbs/Madlib’s Piñata, and didn’t receive as much press as it deserved. As brooding as it is brainy, “3rd World Hustle” is a magnificent club banger with a conscience.

Panda Bear – Come to Your Senses

Burbling synths and a funky kick snare accentuate the volcanic centerpiece of Panda Bear Meets the Grim Reaper. With Noah Lennox insistently pleading “are you mad?” on the hook, the track works as both deranged party starter and unassuming anger jam. It’s never too early to be shortlisted for Album of the Year.