Sunday at TBD Fest marked the last day of this year’s three-day endeavor, but it also marked a very special day for one Brooklyn-based indie record label, Captured Tracks. October 5th has officially been declared as “Captured Tracks Day” by the City of West Sacramento’s mayor Christopher Cabaldon, and rightfully so, as five of the label’s bands were scheduled to play the festival that day. Check out our top moments from TBD Fest’s last day. 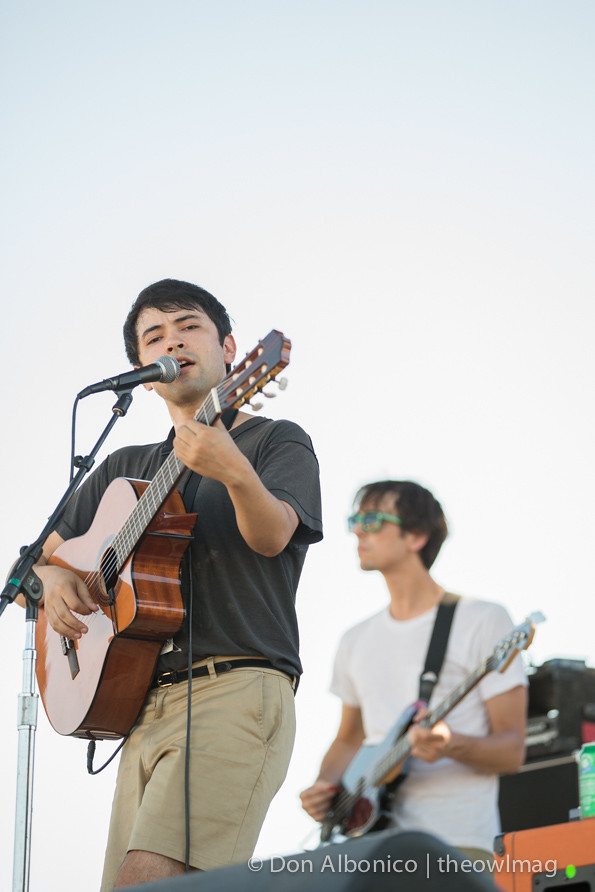 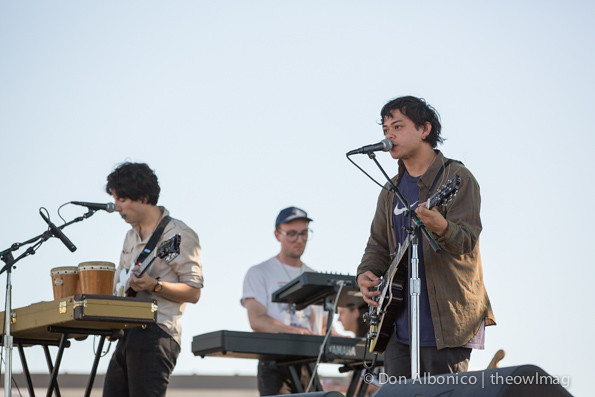 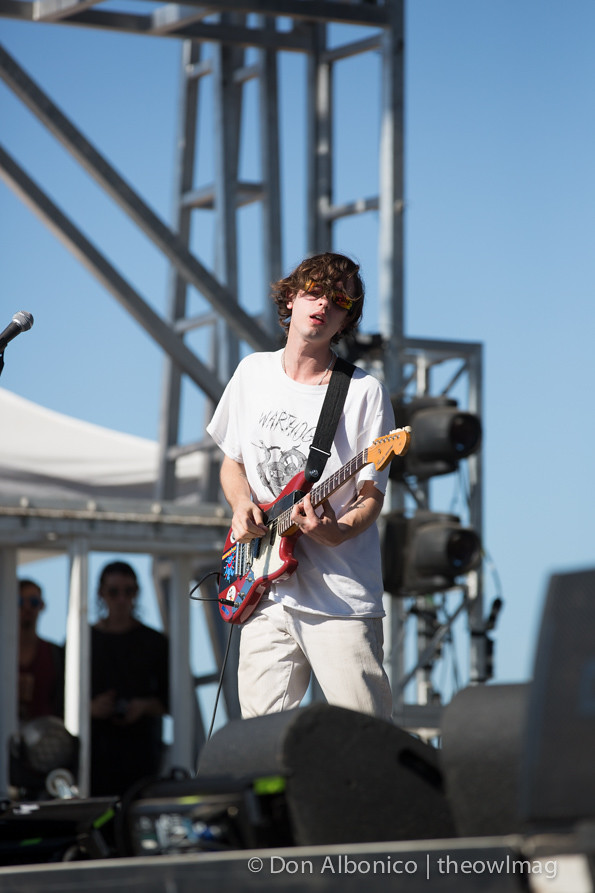 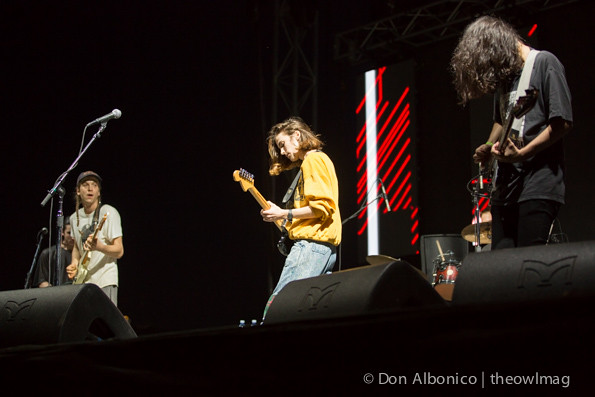 One of the highlights of Sunday’s festivities was not only the amazingly curated lineup of bands from one of our favorite labels, but also seeing all of the Captured Tracks bands supporting each other during their respective sets. Beach Fossils, Heavenly Beat, and Axxa/Abraxas toured together this summer (though an unfortunate van breakdown caused Axxa/Abraxas to miss their set), but Heavenly Beat’s John Pena commented to the crowd that it had been years since he had seen Craft Spells play a show. The camaraderie displayed between the bands was quite endearing.

Heavenly Beat is the solo project of former Beach Fossils bassist, John Pena. Playing one of the first sets on Sunday, the crowd at the Beautiful Buzz stage was a little sparse. Armed with an acoustic guitar over self-produced and mixed beats, Pena quietly delivered the vocals for “Complete” and “Communion” and in between verses casually bopped around on stage while strumming his guitar.

Some exuberant Beach Fossils fans braved the beating sun on their backs while the rest of us cowards skulked away in the shade cast by the sound booth. The Beach Fossils set was an evenly balanced mix of tracks from the band’s self-titled debut record and 2013’s follow-up Clash the Truth including “Shallow,” “Youth,” and “Generational Synthetic.”

If you didn’t know who DIIV was on Sunday, singer Zachary Cole Smith made sure he paired a ‘thank you’ after the end of each song with a mention of the band’s name. Brooklyn-based DIIV doesn’t have a large catalog of music to choose from for live shows – those off 2012’s critically acclaimed Oshin and new tracks of their forthcoming follow-up album which will hopefully be released later this year. But with DIIV, it’s all about quality over quantity. True to their album sound on Oshin, DIIV’s set was as dreamy display of what can be expected from the band’s next effort. Peaking out from his long dirty blonde locks, Smith quietly joked with the lighting guy, “can you do something cool with the lights to make us look…cool?” 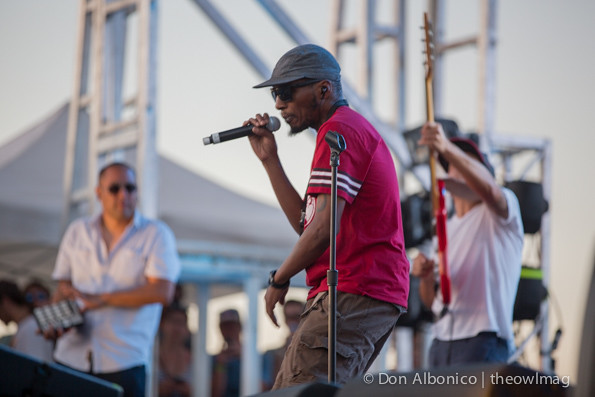 Two of the most energizing sets of the day came from hip hop legends Blackalicious and Deltron 3030. Originally formed in Sacramento, the crowd embraced Blackalicious as Gift of Gab opened the set with a lyrically impressive performance of “Alphabet Aerobics” that left the crowd breathless as they attempted to keep up with tongue twisting pace. Gift of Gab, joined on stage by Chief Xcel on the wheels of steel and Lateef the Truthspeaker, asked the crowd whether they remembered Quannum Projects essential albums like Nia, Blazing Arrow, and The Craft and triumphantly announced that Blackalicious’ fourth album Emoni would be forthcoming March 2015. Needless to say, the crowd went berserk.

“Deltron is our hero. If he can’t do it, nobody can.” The lyrics of “Nobody Can” succinctly summarize the crowd’s apparent admiration and respect for hip hop supergroup comprised of Del, Dan the Automator, and Kid Koala. Timed perfectly with the setting sun, Deltron 3030’s set appropriately got the night rolling kicking things off with “3030”. Though the positive vibes were juxtaposed by images of environmental disasters projected against an illuminated backdrop, complete with cataclysmic factoids like “Sea levels will rise 6 feet in the next 100 years.” At least Deltron 3030 is keeping it fun and educational. 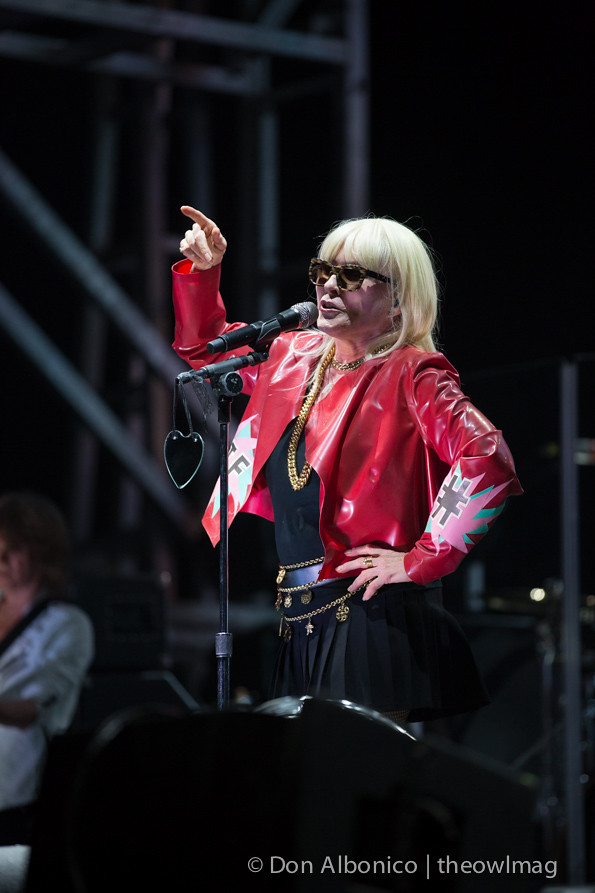 How many opportunities will you ever have in your lifetime to see a trailblazing band like Blondie perform in a festival setting like TBD Fest? Answer, probably not a whole lot of opportunities especially given that Blondie currently does not have any upcoming shows scheduled. Dressed in all black with a cropped red leather jacket, Debbie Harry stepped onto the main stage and immediately everyone in the house simultaneously has the same thought – Damn. She. Looks. Good. And she did. Blondie immediately launched into crowd pleasers “One Way or Another,” “Call Me,” and “Rapture” but Harry confessed that she’d rather play some new stuff off their tenth (TENTH!) album Ghosts of Download. Perhaps the most amazing moment of the entire weekend was Blondie covering Beastie Boys’ “(You Gotta) Fight for your Right (To Party!).” It took a moment or two for the crowd to comprehend what was happening but as soon as we all came to, it was a pretty spectacular moment to a pretty spectacular weekend in Sacramento. 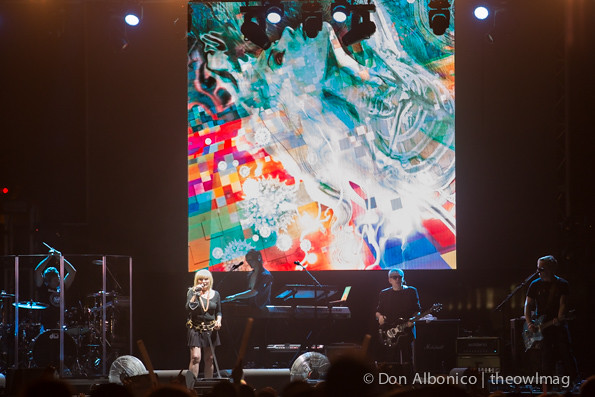 Check out the full gallery of Sunday HERE!