OUT ON A LIMB: The Grammys: Ridiculous? Yes. But Not Totally Useless. 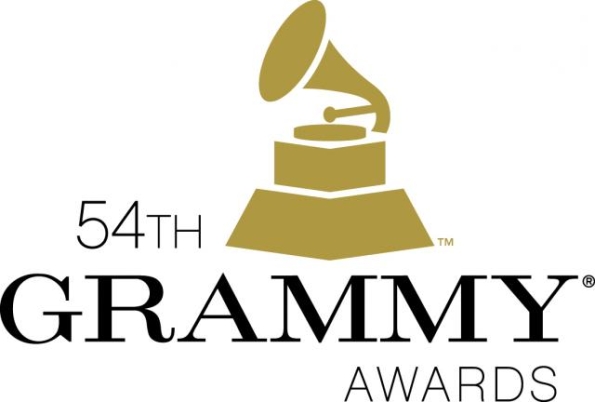 On February 12, 2012, the 54th Annual Grammy Awards will take place in its traditional pomp and circumstance fashion complete with red carpet entrances in cocoons and Justin Bieber sightings. Since its inception, this evening has been characterized as “Music’s Biggest Night” honoring the outstanding accomplishments of the industry’s most celebrated artists. But in recent years, the Grammys has grown into a circus of shameless self-promotion where outlandish outfits adorned by celebrities make headlines and music – in the truest sense of the word – takes a quiet back seat. So in its 54th year, what does an award show like the Grammys even mean anymore?

Let’s get the obvious out on the table first: the Grammys is a mainstream music awards show where major label acts comprise 98% of the nominees and the winners are often those who experience the most commercial success rather than critical acclaim. Though the Grammys held its first show in 1959, non-mainstream “college radio” music was not celebrated until a category for “Best Alternative Music Album” was created in 1991. Given that the alternative category was created later in the game, (as in 32 years later) it’s understandable that the Recording Academy is similarly behind in the times when it comes to identifying and nominating alternative artists for award categories.

For this year’s show, the most obvious example is Bon Iver‘s nomination in the “Best New Artist” category. To be eligible for a nomination, a new artist is defined as “any performing artist who releases, during the eligibility year, the recording that first establishes the public identity of that artist as a performer.” For those of us who are self-proclaimed music whores, it would appear that the Recording Academy is about three years late in nominating Bon Iver in this category since we all know For Emma, Forever Ago established Justin Vernon as an alt-force to be reckoned with back in 2008.

Mumford & Sons‘ Grammy nod for “The Cave” in both “Record of the Year” and “Song of the Year” categories is similarly puzzling since Sigh No More, the album that “The Cave” appears on was actually released during the previous Grammys cycle in February of 2010. Though tracks from a previous year’s album may be entered in the “Record of the Year” category, provided the track was not entered the previous year, there is an endless reservoir of amazing singles that released in 2011 – meaning the Recording Academy shouldn’t have to look back to 2010 to find tracks to nominate. Nothing against Mumford & Sons: I did enjoy Sigh No More, but I enjoyed it in 2010. When I first learned about the nominees for the 54th Annual Grammy Awards, I felt pretty irritated. I think I even shouted “c’mon Grammys!” in disgust. But after my initial reaction wore off, I surrendered and accepted the Grammys for what it is – a mainstream awards show put on by folks in the industry who cater to the 98% (It’s the inverse version of the Occupy Movement known as “Occupy the Grammys“).

But what do the Grammys mean to indie artists who do receive nominations? In an interview with the New York Times in June of this year, Justin Vernon unknowingly foreshadowed his sentiment towards receiving recognition by the Grammy gods. Vernon’s comments were not made public back in June, but after Bon Iver was nominated for four Grammys, the New York Times published a portion of his interview… and then criticism in 160 characters over Twitter began. Australian band The Avalanches became critical of Vernon’s statements in his interview when Vernon said that an artist’s work is compromised when their career goal is to attain Grammy award-winning status. The Aussies fired back calling Vernon a sell-out for appearing in a Bushmills ad campaign (more on the fallacy of “selling out” in a later installment of OOAL). In their Twitter haste, The Avalanches completely missed the point that Vernon was trying to make in his interview.

The point being that in the grand scheme of things, the Grammys as an award show is pretty ridiculous and unimportant. For indie label alternative artists representing the 2% of nominees at the Grammys, the idea of being nominated, let alone the recipient of the award, never enters the equation during the creative process so the project is never manipulated to appeal to a certain audience. Having the aspiration or the expectation of winning a Grammy will inevitably cause an artist’s label to make decisions about the art form to navigate the project in a manner that yields the desired result. When artists like Bon Iver, Arcade Fire, or the Black Keys receive recognition by the Recording Academy, it truly is an unexpected incomprehensible surprise. I imagine it’s like charting a course to San Francisco but then winding up on the moon feeling unprepared, out of place, and in awe about the ridiculousness of your whereabouts. If you read between the lines, what Justin Vernon actually said in his interview with the New York Times was “I just arrived on the moon… how the heck did I get here?”

Given that I’ve slammed the integrity of this coveted industry award and said that indie artists like Bon Iver don’t really give a hoot about winning, do the Grammys actually contribute anything to the indie music scene? Ironically, the answer is yes. The value is in the mainstream-ness of it all – providing the perfect platform for more well-known indie bands to receive widespread acknowledgment while also indirectly exposing audiences to lesser-known non-nominated bands. I’m willing to wager my life that somewhere in the world, a new Bon Iver Pandora station has been or will be created by someone who habitually listens to artists that fall in the 98% thereby luring mainstreamers into our world of music that falls into the 2% category. This reality is what keeps my cautious optimism regarding the actual utility of this ridiculous sideshow from being murdered by my jaded cynicism and general disdain for the Grammys. Though the evening will undoubtedly bring to mind everything I hate about the music industry, I find comfort in the fact that somewhere in the world new music is being discovered because of it. Dos por ciento por vida!