OUT ON A LIMB: The Fallacy of Selling Out 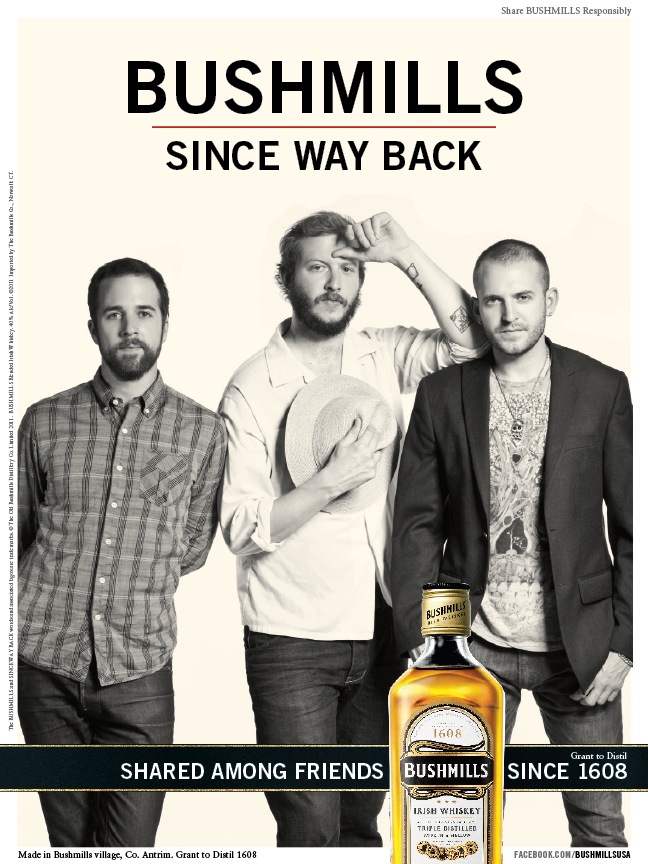 The Avalanches hammered Bon Iver‘s Justin Vernon for appearing in a Bushmills advertising campaign in 2011. Sufjan Stevens recently licensed his song “Redford (For Yia-Yia & Pappou)” to Red Bull and apologized to a New York Times food columnist on his Tumblr account for lending his song to the soft drink company. Generationals allowed Taco Bell to use “You Say It Too” to promote those crazy Doritos Locos Tacos, yet received no criticism nor felt compelled to apologize to anyone. Some artists are labeled sell-outs for lending their faces to products or services or allowing companies to license their music while others fly under the radar unscathed. What the Avalanches may not have known is that Chromeo and Theophilus London also appeared in an identical Bushmills advertisement, but no one seemed to bat an eyelash at their decision making.

Why do these decisions even matter? When albums are largely pilfered rather than purchased and bands are touring relentlessly without seeing a profitable return on their on-the-road investment, does licensing music or endorsing certain products after careful consideration even qualify as “selling out” anymore in this modern era of music? The idea of selling out is such a dated notion with negative connotations attached. Even as antiquated as it may seem, it is an unavoidable part of the music industry, though it should be viewed as smart business rather than creative compromise. The fact is that loaning your face to Gucci (Florence Welch) or your songs to Zales (The Black Keys), Victoria’s Secret (M83), or Honda (Santigold) is often necessary to create a little breathing room allowing a band to redirect the profits towards mastering their craft on their own terms. Sufjan Stevens noted that the money he made from licensing “Redford” to Red Bull helped cover the expenses for his most recent tour over the holidays.

Along with commercials, having your name attached to a television show or blockbuster film is a golden opportunity for bands to gain exposure to larger audiences who have probably never heard of the likes of Iko, Sia, Robyn, or Theophilus London. Shows like The O.C., How to Make it in America, Girls, and the infamous Twilight movie soundtracks have caused viewers to Shazam or SoundHound the end credit songs and familiarize themselves with the musicians’ catalog of work after hearing a thirty second ditty of a catchy tune. When music supervisors like Scott Vener, Alexandra Pastavas, and Manish Raval hand select bands to score pivotal moments in television or an epic battle scene in a film, it’s smart business for bands to consider the offer and even smarter business for them to say yes.

For bands, lending songs to corporations has become a part of getting your name into the mouths of new listeners and maintaining the ability to continue to do what you love most, without feeling the need to apologize for it. For music archaeologists, people who are devoted to bringing amazing music that’s hidden away to the surface where it can thrive, the concept of “selling out” is a fallacy. In the end everyone benefits from the trivial out-dated label that is frustratingly thrown around as a rib jab to business savvy musicians. Artists are able to rake in extra income with little to no additional effort to their already taxed schedules and the mainstream world becomes saturated with amazing music. Selling out never sounded so good.

Watch Dan Auerbach, Patrick Carney, and Ezra Koenig have a sell-out-off on Colbert Report (at the 5:00 mark):