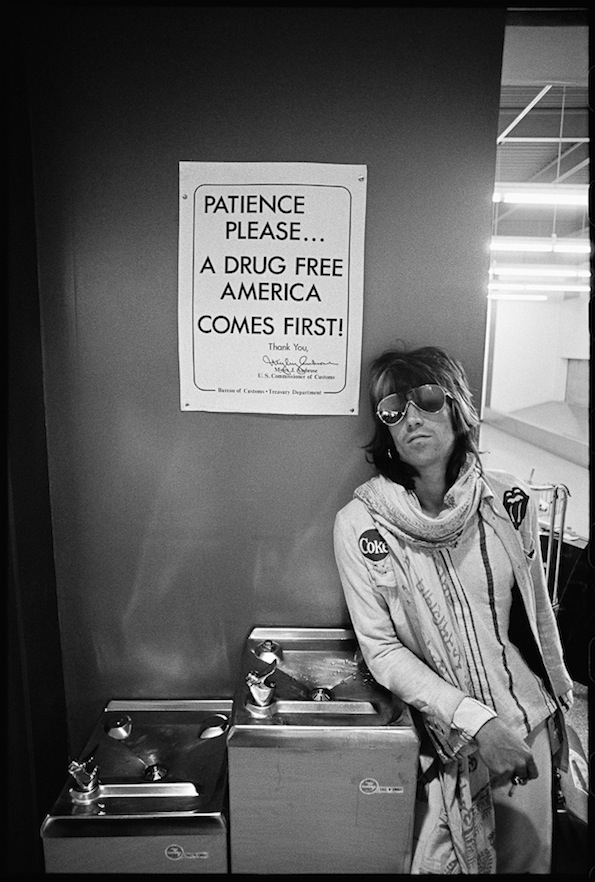 Do rock stars still exist? Oh, there are still rich and famous musicians, but I’m talking the drug-fueled, liquor-addled, Ferrari-in-the-pool legends they make movies about. Recently, I had the chance to be in the vicinity of a few rock stars past and present, and it gave me some insight into what they are, and more importantly, aren’t.

I was with a friend who got us into the VIP area of Petty Fest West at the El Rey Theater. I spent the gig in the crowd, but after the show, I went back to the VIP area where I saw drummer Matt Sorum. Sorum was in Guns N’ Roses during their heyday, so he’s seen things waaay crazier than that night’s mix of yuppies and hangers-on like me. Coke and groupies we were not. Caleb Followill of Kings of Leon and Patrick Carney of The Black Keys were there, too. They’re definitely rock stars now, but weren’t acting like it. In the post-Napster, post-everything era, is it possible to even imagine bands like KoL or the Black Keys engaging in the kinds of antics that The Rolling Stones made infamous? No, that mix of wanton depravity and unlimited cash-flow just doesn’t seem to exist anymore. Why is that?

First, and most obviously, is that the music industry’s money-making machine isn’t what it used to be, especially for rock acts. In 1995, Hootie and the Blowfish sold seven million albums, topping a year where the ten best sellers included Alanis Morrissette and Live, for a combined total of 39.1 million albums. In 2012, the top ten moved a combined 17.67 million units, with Mumford & Sons being the only rock[ish] presence. Your mom and little sister are the only ones still buying albums, and Adele and Taylor Swift are their idols. The Darkness and Towers of London have tried selling rock ‘n roll danger in the last decade, but it’s an image that America’s getting from a different source. We’re still drawn by that sort of behavior, but instead of waiting a week for Rolling Stone to publish pics of a sleepy Pete Doherty, we’d rather see this morning’s clip of Lindsay Lohan on TMZ.

Secondly, there are a lot more sources of entertainment competing for our ever-shrinking attention spans. Your cell phone can access a dozen streaming apps, each with multitudes of rock channels and stations. The good thing about that is that it’s easier than ever for a music fan to discover new music. We’re no longer slaves to some programmer’s whims or payola schemes. The flip side is that it’s harder now to build a consensus around anything. Pop culture is so fragmented that everyone’s playing to a niche audience. There’ll never be another time like 1964, where the Beatles’ appearance on Ed Sullivan was watched by 45.3% [!!!] of tv-owning households.

A rock song can still become a cultural lightning rod, like “Somebody That I Used to Know,” or “Too Close,” but we watch those on our own schedules. We don’t sit around the TV cabinet together, watching rockers endear themselves to our collective psyche on American Bandstand. Do you even know Gotye’s real first name? Would you be able to recognize Alex Clare if he were walking down the street? Really?? Liar.

Now, there exist indie rock stars, the kind who are beloved by their fans, but who are just under the surface of the general public’s everyday radar. Cursive’s Tim Kasher is a genuinely nice guy whose only vice seems to be the occasional mountain man beard. Craig Finn of the Hold Steady retreats to Two Boots pizza after a gig, not a hotel suite. They’ve reached a peak on the mountain, but are still breathing the same air as us.

The end of diamond-selling albums has been a great equalizer in the music business, but hopefully now rock will attract players who can stay in it for the long haul. Cursive and the Hold Steady have been in the game for years, and if they ever reach Kings of Leon-levels of success, they’re likely to be mature enough to not let it be the catalyst of their self-destruction. I got to speak to Craig Finn during one of those pizza runs, where he said “I was over 30 when I started this band, I know how lucky I am to be on that stage.” Rock stars may not be living fast anymore, but they’re not dying young, either, and for that, we’re all better off.