OUT ON A LIMB: In Defense of Lana Del Rey 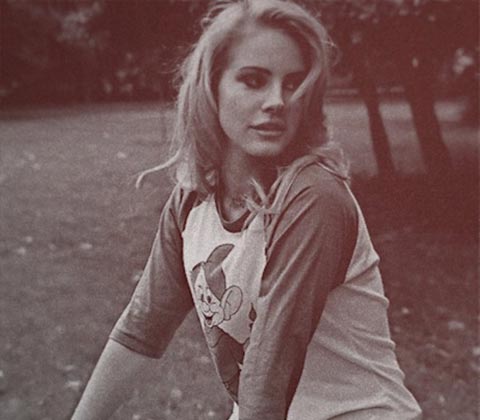 I was first introduced to Lana Del Rey over the summer when a friend of mine sent me a link to the video for “Video Games,” and I was immediately smitten. This song didn’t sound like much else I’d been hearing and I was obviously attracted to her pouty lips and Charo meets Lykke Li retro good looks. It seemed others had taken notice too, but before anyone had even heard a second song out of her, it came out that Lana Del Rey was (gasp!) signed to a major label! A phony, a fake, a fraud! We’ve all been betrayed! The horror! The horror! Since then, the backlash has been astounding. Sure, many people will say they never liked her to begin with and that finding out her backstory only made them hate her more. Others just became nasty and personal, dubbing her everything but the spawn of Satan himself (and maybe even that at times). I liked her from the start, and still do, and I say unto you, why is she any different than any other pop star backed by a major label and thus more worthy of the constant scrutiny and lambasts? And furthermore, shouldn’t we be happy that her music is at least a little bit more interesting than hearing about Katy Perry’s wild Friday night bash? Even if you don’t particularly care for her music, you cannot honestly say that it’s the same recycled pop music that gets played 45 times a day on you name it radio station, USA. I guess I just don’t understand what the big deal is, or why she is worthy of more scrutiny than any other pop star from the last 10 or 15 years.

Regardless of what you think of her or her music, I would like to suggest that many of you have nothing against Lana Del Rey or her music, but rather all the attention she’s getting out of nowhere that you don’t feel she deserves. I think that most of you out there are disgusted by the fact that your indie cred “tastemakers” like Stereogum, Pitchfork, etc. have decided that it’s worthy of a post any time Lana Del Rey passes gas or eats a french fry, therefore justifying her musical existence. I wholeheartedly agree that the amount of coverage LDR has received over the past six months has been out of control, but perhaps you should consider taking out your aggressions at the media, the ones who are responsible for her disproportionately high levels of publicity, because if you weren’t hearing about her daily from the ones who were supposed to see through her “act,” I don’t really think she would bother you enough to spend your energy constantly berating her. There are tons of artists I don’t care for, but I choose to spend my energy trying to bring to light the ones I think are worthy of attention instead of tearing down the ones I don’t. Just remember, there’s no such thing as bad publicity, so while you continue to talk on the internets about how awful you think she is, you’re only feeding the machine.