OUT ON A LIMB: An Open Letter To Foster the People 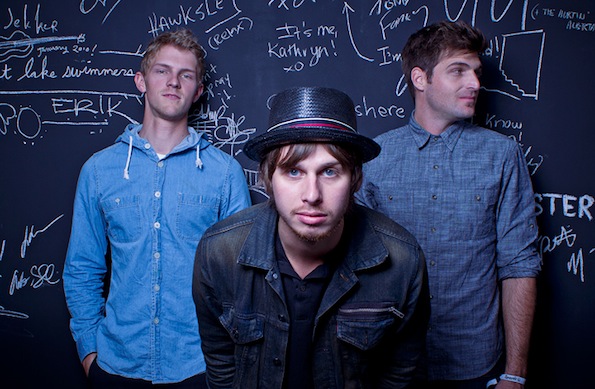 I hate you. Okay, maybe hate is a little strong, but it suits my emotional content on the subject. I hate every annoying whistle that comes out of your collective faces. I hate your simplified, dumbed-down saccharine lyrics and silly synth-pop chords that any grade school band camp kid could create that you dole out as the second movement of pop. I want, no, demand much, much better from my music than the trite crap that you offer about sneakers and such (okay, there was that one Spice Girls CD, but that’s it). Being that I’m originally from Brooklyn and you occupy space in Los Angeles, your recent performance on Saturday Night Live was so embarrassing (“Pumped Up Kicks” was quite shitty although “Houdini” fared better) that I wanted to reinstitute any and all semblances of the East Coast/West Coast beefs that took out Tupac and Biggie Smalls. Had I done that, I truly believe that I would’ve been praised far and wide for the good service done to mankind and to music. Kthanksbye.

And reader, if you say something stupid like, “Oh, you just hate them now that they’re mainstream,” walk away from this conversation because I’m not afraid to verbally punch you in the face for your idiocy. In fact, I might actually enjoy it. FTP had no place in my musical world when they were a 3-song EP touting undercard in Silverlake and nothing has changed. I simply have very little patience for rehashed electro-pop with wimpy vocals that came before in the form of MGMT and Passion Pit (neither of whom I’m fond of). And just as annoyingly done, so simplistic and undeserving of the retarded level of success it has achieved. Yes my beloved friend, Kevin Bronson, I know FTP holds a special place in your audiophile heart and I’m not mad at you; keep them there, keep them close. For this time three years from now after they’ve been ground to forgotten dust beneath the boot heel of “What was I thinking?” I’ve no doubt they’ll solicit the heft of your knowledge, name recognition, and fondness for them and tickle your inbox with another 3-song EP destined to bring them back from the bowels of one-hit wonder, throwaway pop obscurity-land.

Well, a girl can hope.