OUT ON A LIMB: Adam Levine vs The Roxy: The Roxy 1, Levine 0 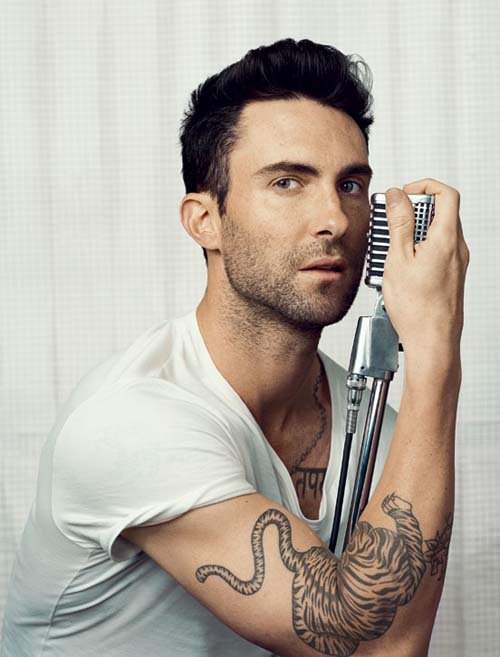 Hell hath no fury like a pop star scorned.

By now you’ve heard the heartbreaking saga. The Dressing Room That Wasn’t: The Adam Levine Story. No doubt your lip quivered and a tear was shed at Levine’s obviously long pent up, panties-in-a-bunch grudge account of the unspeakable treatment that he and his band Maroon 5 suffered back in 2005. Or not. To recap, it went like this:

Monday November 26th, 2012:
After The Voice contestant Cassadee Pope completed her version of Michelle Branch’s “Are You Happy Now?” instead of offering constructive commentary, Levine decided to reminisce upon a supposed diss seven years gone by:

“We used to open for Michelle Branch,” Levine began. “I remember we opened for her at The Roxy and they didn’t even give us a dressing home. I hate The Roxy. I’ll never play there again.”

Looking somewhere between confused and uncomfortable and having actually played the venue in the past, Pope interjected with, “I love The Roxy.”

But Levine would hear none of it. “Oh, The Roxy is horrible,” he continued. “Don’t ever go there.”

“They screwed us over and now they’re paying for it.”

This was the verbal snipe heard around the world. Located on the infamous Sunset Strip in West Hollywood, The Roxy happens to be known around the world as a venerable establishment where tomorrow’s stars are nurtured and born. Levine’s slam against the club seemed to come out of absolutely nowhere; so much so that it left viewers, patrons who frequent the club, as well as the venue’s owner, Nic Adler, and its employees mentally going “WTF?” 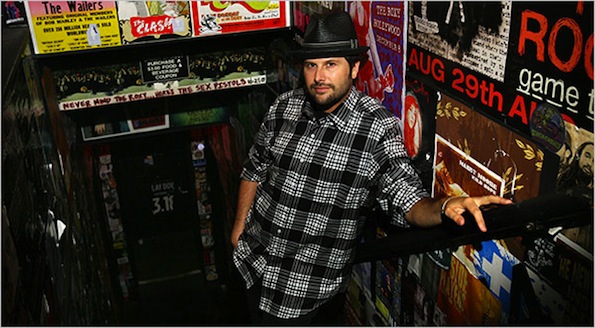 Now if you want a quick lesson in the art of brand management, look no further than what followed. After The Voice aired on the East coast, like clockwork, folks loaded the interwebs, particularly Twitter, with comments, questions, and curiosity. Now before the age of social media being the vein of mass communication that it has become, back in the day “people could say whatever they wanted,” Adler said. And when that happened, if it was repeated enough times, it became the truth even if it wasn’t and there was no real way to combat it or defend against it. But Adler is well versed in the tools of social media and is credited with practically single handedly reviving and revitalizing a dying Sunset Strip with those tools and elevating The Roxy from just a music club to a formidable business brand and presence. So Adler got on the phone, issued a few directives and by 10pm PST after The Voice aired on the West coast, The Roxy had a pre-emptive strike all ready to deploy via Twitter:

The Roxy Theatre:
@theroxy We have officially named our dressing room after @AdamLevine 😉 http://twitpic.com/bgtrzp #teamroxy #thevoice 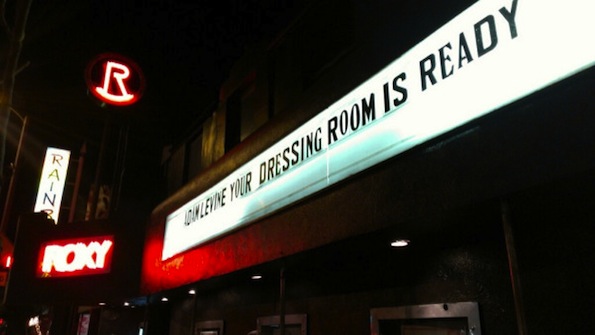 Yes, The Roxy actually amended its marquee to read: “Adam Levine Your Dressing Room Is Ready” and that singular tweet has been retweeted 294 times along with numerous shares on Facebook. A hell of a no brainer as to who won this battle of wits.

Being a former tour manager himself, Adler knows what it feels like when bands aren’t treated well and that’s a cycle that he has no interest in continuing with The Roxy. Speaking to me directly after LA’s own Youngblood Hawke had just finished playing to a packed Roxy room, Adler cited the upcoming band as an example of what he works so hard to promote — an atmosphere where bands and music fans are treated with respect, thrive, and want to come back. So to say that Adler was shocked at the words that came out of Levine’s mouth, let alone their trivial nature, is an understatement. “You’re not always going to get a dressing room, and if you don’t, it’s just the nature of paying your dues as a young band.”

Adler is quick to say that even though Levine’s words surprised him, “I’m not mad at the guy.” But the moral of the story is how brilliantly and effectively Adler and his Roxy team controlled the situation, taking an overt and public negative and turned it into a positive with class, humor an absence of malice.

And should Levine ever want to occupy space on the Roxy stage again, he would be welcome.

Look Adam — may I call you Adam? I get that you’ve ascended to a level that you and your bandmates probably never imagined would become a reality — worldwide fame and touring to adoring fans, platinum albums, Grammy Awards, and now you can’t throw a rock without hitting someone who can at least (grudgingly or otherwise) sing the chorus to “Moves Like Jagger.” And now with your assumption of the role of judge and coach/mentor on the highly successful television show, The Voice, dude, you have totally arrived. And yet you felt the need to add the title of “whiny little bitch” to your resume. Fine. But let me put this to you, Adam: you sit in a rotating chair cradling the hopes and dreams of performers who yearn to be professional musicians. They want to do what you’ve done, go where you’ve gone, and be where you are today. And yet you saw the wisdom in exhibiting unprofessional and unbecoming behavior via a hissy fit that is anything but the best of what a musician, aspiring or successful, can display: pettiness. No venue is perfect and gaffes are always possible, but in this case, most of us are in awe of what it seems to take to earn your 7-year long wrath. So the next time you’re going to throw a tantrum, let it be because someone kicked your dog, wrongly accused you of theft, or shafted you on your guarantee as opposed to the no dressing room-thing. That way we’ll be less inclined to think even douchier thoughts about you than we already do.

And as for your “And now they’re paying for it” statement — they sure are. The Roxy staff has to work even harder because attendance is up 30% and every band worth its weight in EPKs wants to play the joint. Must suck to be The Roxy right now.