OUT ON A LIMB: Coachella – A Newcomer’s Take On Three Insane Days 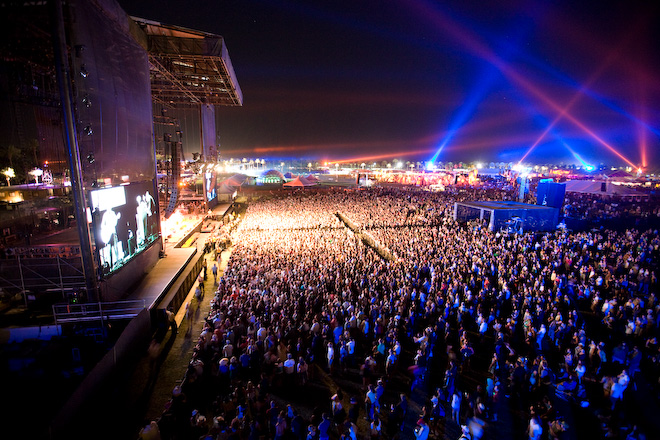 I never had any remote interest, whatsoever, in going to Coachella. So clearly do I remember my older sister telling me about the then two-day alt music lover’s wet dream for the first time in 2002. She had me at Björk and lost me at “desert camping.” It wouldn’t be until 10 years later, married, and looking down the barrel of motherhood, that I would put the tremendous feat of surviving three days of Port-O-Potties and heat stroke on what I call my Baby Bucket List. I went to simply see if I could. That and the fact that I would throw myself off a bridge if I missed At The Drive In reunite.

Mentally preparing myself for the heat was futile. I have never been so hot in my damn life. I also had delusions of grandeur that I would be able to look even slightly cute in my brand new maxi dresses and espadrille shoes, but I quickly turned into a walking sweat stain the very first day.  A sweat stain covered in heat rashes. Awesome. However, after toughing it out for The Dear Hunter, which was brutal at 2 pm on the outdoor stage, I began to realize why people subject themselves to all this shit. If money won is sweeter than money earned, a musical experience proves to be the opposite. I fucking earned every measure, every beat, and every riff with every drop of sweat and every urge to puke. And it either rocked harder than ever or the sunburn had finally reached my brain.

So that was unexpected, the appreciation reigning over the general grumpiness. I was, for the most part, in considerably good spirits. I’d like to attribute that to the friendly, loving, and united nature of all my fellow Coachellians. But sadly, I can’t. This is where my love affair ends.

One of my favorite clichés has always been the hippy vibe you are bound to encounter at festivals. Neighbors inviting you into their tents, beers tossed, joints passed, genuine bonding over a shared love of music. This ideal for me was nearly crushed. Don’t get me wrong, I met some awesome people from all over the globe and our neighbors, a hot pack of Aussies and a gaggle from Trinity County, were down as hell. But that alone wouldn’t allow me to shake the feeling that I had somehow stumbled into a high school in the desert, where people will love you and accept you if you look and dress and act exactly as they do.

In situations where it is normally so easy to connect, at Coachella it seemed like pulling teeth. You know that moment when you are singing every single word to a song and you lock eyes with someone rocking out just as hard? You may exchange a knowing nod, perhaps a good old-fashioned high five, or you might even go so far as to put your arms around each other and finish the tune as you would a beloved drinking song. Not the case here. Sure, I may have smelled and looked like hell. But most of us did. I just preferred not to act like it. And when at the end of a three-day journey of scorching heat and hour-long lines for a low water pressure shower someone screams at the top of their lungs, “LOT 10, LET’S GET FUCKED UP,” why the shit would you leave them hanging? That’s just rude.

Luckily, I went with some life-long friends and still met some fabulous human beings and quality music fans who did not push their whining asses to the front of the stage only to leave right after the single was played (looking at you, sluts at Gotye). I think one of these bad-ass people summed it up in a single sentence when watching the (clearly) non-campers grimace and pout at being hosed down in the front row: “It’s. Just. Water. Get over yourselves!” 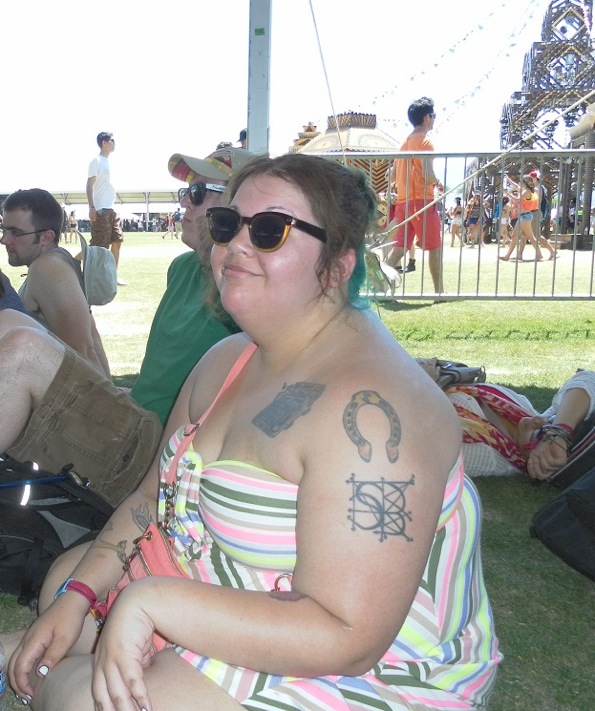