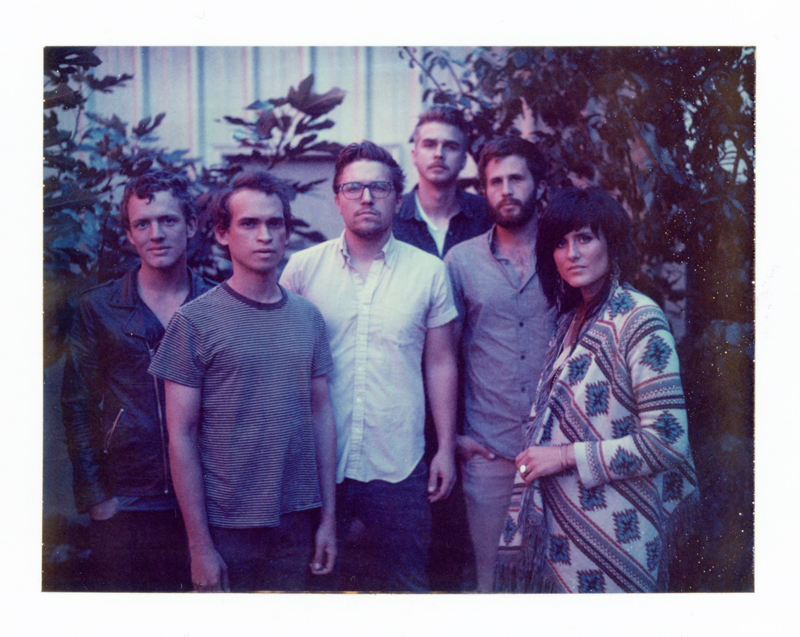 Kopecky Family Band is a six-piece pack of wild ones who will guarantee you an unpredictably fun show. Go to them. Frontman Gabe Simon talked to The Owl Mag about their upcoming album Kids Raising Kids, what it’s like to meet a true animal enthusiast, and how a girl with a knife might be kind of, well, hot.

The Owl Mag: How was touring with The Lumineers, any specific funny memories?

Gabe Simon: We would prank call each other. We like those guys; that was a good time. We did a bunch of stuff with them, went to some pretty interesting cities, we had to deal with some family issues. It was a really fun tour.

The Owl Mag: Any embarrassing moments while playing live?

Gabe Simon: Well, I tend to have horrible vision, I have really big glasses. It’s not even humorous anymore. I always run into the mic because I don’t see how close it is to my face. One time we were playing in Madison, WI and this girl was totally drunk, she came up to the front, and was looking at Kelsey (other lead singer). She didn’t know any words, she loved Kelsey. She was like “you can do it, you can make it through the set, I believe in you!” Kelsey kept saying thank you so much. A little while later, the girl was saying “I love this song, I want to sing.” I’m like “Okay,” so Kelsey sits out and me and this girl sing the whole song, she doesn’t know any of the words, she’s just going “na na na na.” It was amazing, one of the funniest nights of my life. I don’t know how I didn’t start dying laughing. You kind of have to roll with the punches.

Gabe Simon: Oh my god, these are the coolest guys I’ve ever seen.

The Owl Mag: What was that?

Gabe Simon: I’m literally sitting in this parking lot right now, and these two cars are all decked out like Star Wars vehicles. They have blaster rifles, R2-D2 sticking out the back, and they’re dressed like storm troopers. It’s amazing. I’m a huge Star Wars fan.

The Owl Mag: Whaaaat? Awesome. You should get a picture and send it to us!

Gabe Simon: I’m gonna take a picture right now and send it to you, this is so bad ass. [See picture below.] 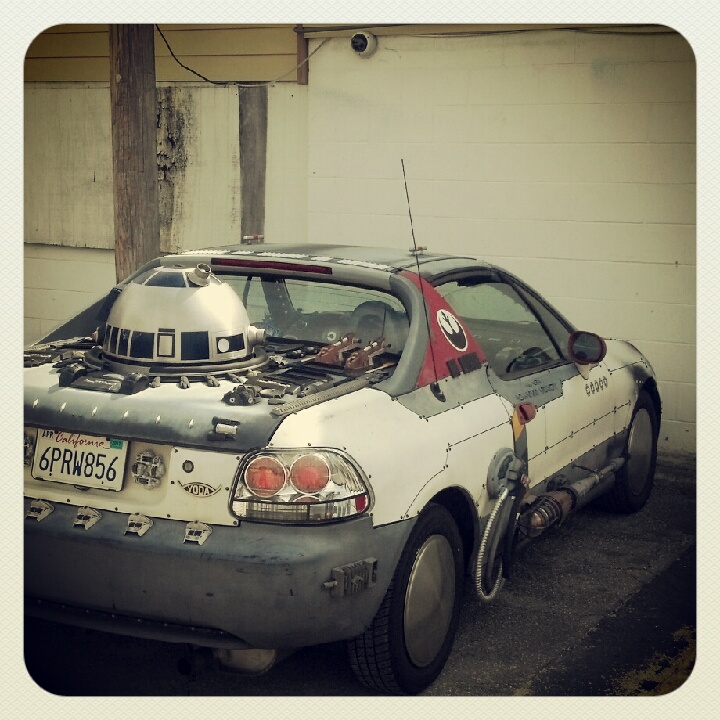 The Owl Mag: So your upcoming album Kids Raising Kids is out on October 23rd, can fans expect to see some major differences?

Gabe Simon: I don’t think it will be a dramatic change as much as it will be diverse. We have pieces of every part of where we’ve been. We have that ability now where we can create a little bit more of a unique track listing. None of the songs sound the same and you won’t get bored listening to this record. Once you listen to it, I think you’re gonna understand what I’m saying. There’s no one way to describe it, there are tones on the record that kind of bring it all together without it sounding all over the place.

The Owl Mag: Is there a song that makes you feel most united when playing together?

Gabe Simon: Let me ask! (“Hey guys, is there a song that makes us feel united when playing together?”) Either “Are You Listening” or “Glow.” It’s one of those, when you listen, I think you’ll get it. It’s kind of Kelsey and I doing vocals back and forth, really cool with oohs and ahhs, the melodies are really great.

The Owl Mag: Is it difficult for Kelsey being the only girl in the group, or does she hold her own pretty well?

Gabe Simon: Definitely, she holds her own really well. She likes to stay different. It’s really exciting, we just work together real well, it’s a real family over here. She’s a trooper, and we treat her really well. We’re her hound dogs.

The Owl Mag: If you could be any animal ever, which would you be?

Gabe Simon: Probably, hmm…a white tiger. They (the band) said I’m retarded because I’m nowhere near a white tiger. They know I’m actually a crow. But that, or… what kind of animal could I be? A mole, they said I’m a mole with my glasses, “you guys are jerks!” What do you think?

Gabe Simon: I’m with you 100%. Put it down. Write it down, Kangaroo Gabe, hoppin’ around, got my dream in ma pouch!

The Owl Mag: Haha! Consider it written. What are you guys thinking during live shows, what do you want your fans to walk away with?

Gabe Simon: We love looking around the stage seeing people smiling and having fun. Or it might be an emotional trigger for some people. We’ve been given this platform to have this voice and we want to sing a song that other people would want to sing but never get the chance to do it. Kelsey says “We’re all in this together,” and we really are. We want to make all our fans feel like we care to be there for them, or even if we can’t be there for them, to give them the music.

The Owl Mag: What was the craziest night you guys have had as a band?

Gabe Simon: One night we stayed with an exotic animal vet. This guy was so cool, we would sit there and listen to him tell these amazing stories about black rhinos. He hunted crocodiles in an overflooded river in The Outback. He spent six months just analyzing apes with Jane Goodall. He was an amazing dude. And there were all these pugs, that was the random thing..a lot of pugs. It was a natural, fun night. Another weird experience was after a show, a fan took a knife to Steven’s shirt.

The Owl Mag: What, serious?

Gabe Simon: Yeah, we walked outside and she said something, then took a knife and cut from his collar down — crazy, so weird. Markus says it was kinda hot.