INTERVIEW: Roni Brunn of From 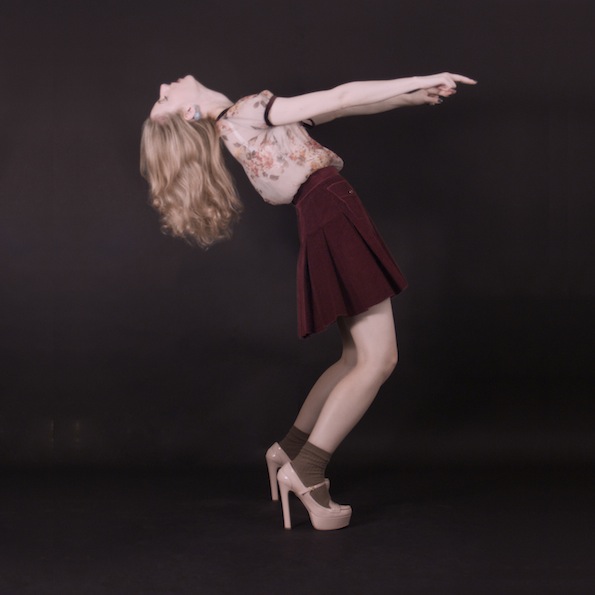 Taking on roles bigger than herself, from a highly acclaimed fashion company, Thursday Friday, to the growing success of From, multi-talented Harvard graduate, Roni Brunn makes an effort at effortlessly being the antithesis of your modern day indie songstress. Being thoroughly aware of the state of limitations within the music world for women, the “young modern woman” typecasting so accurately delivered by the Zooey Deschanel clone army, she takes on the exact opposite route stating, “I don’t wear quirky vintage clothes. I don’t have tattoos. I’m obsessed with fashion. I live in Beverly Hills. Fuck it.” The new EP out May 17th, The Secrets The Whispers breaks the mold of the common records in an extremely refreshing and revitalizing way.

The Owl: Are you excited for the release of the EP next week?

Roni Brunn: So excited! I feel like it’s been forever since I put out any music. The last thing I put out was a Beastie Boys cover, and that was more than a year ago.

The Owl: You’ve been super busy with Thursday Friday, right? Does that make you put things like music on the back burner?

Roni Brunn: Yeah, it does, at least for now. We launched Thursday Friday in December, and it’s been growing so quickly that it’s become more than a full time job, but we’re hiring great people and I hope to have more time for music soon. I can’t wait to write new material; that’s always my favorite part.

Roni Brunn: Yes, definitely! I don’t know if it’s a standard thing, but I do see parallels I like having a concept in mind before getting into individual items, whether it’s songs or accessories. This EP takes off from the perspective of a spy girl, and both the sounds and lyrics come from that whole mystery-but-playful perspective. When I go into a collection for T/F, I think about the mood of the season and where we fit in as a label. Thursday Friday has a surreal, graphic, fun personality, and then I go into pieces that have that perspective on what’s going on in fashion & culture. Sometimes, it feels like I’m designing rather than producing my music, if that makes sense.

Roni Brunn: I never thought I’d multi-track my career; it just sort of ended up that way. When I was like 11 or 12, I started wanting to be a fashion designer. I wanted to be like Karl Lagerfeld. But I went into an academic path with school – majored in economics, was into everything, pretty much. I wrote for a humor magazine in school, and I just thought I better get my fill of these things before getting into fashion. Then I launched a handbag label right after college and did all of the surrounding projects: photography, PR writing, sales, production, everything. After I quit that, I freelanced in design and web development and started playing/writing music for fun. It all kind of happened and took me a bit to realize that this is how I’m just going to go on. I think that all these things that I do end up informing each other.

The Owl: Do you feel like you’ll ever integrate everything, music and fashion?

Roni Brunn: If the right concept comes along, I can see doing something that integrates both. I’m now planning how to perform this new music, and the stage show will definitely have more of a visual component. So maybe some of those elements – props, costumes – would end up as products as well.

The Owl: How does the EP differ from past work you’ve done?

Roni Brunn: For this EP, I created all of the instruments from scratch (they’re all synths or sample-based synths.) Previously, I relied on existing instruments much more. I also recorded the vocals myself for the first time, so it’s much more purely a reflection of what went on in my head when I wrote it. Another difference is that I didn’t think at all about having live musicians play all the parts. I used to write more with a performance in mind, but I’ve been wanting to separate live from recordings and really push what’s recorded. I think it’s even more dense with melodies and counter-melodies than usual. Musically, it’s as close as I’ve come to what I want to express. I still took some distance on the lyrics – they’re a fantasy that takes off from who I am but not like pages out of a diary. But I guess that sort of setup lets me say things that are really personal and not get nervous about people I know reading my lyrics.

The Owl: Earlier you said it’s from the perspective of a spy girl, what led you to take on that perspective and is it a sort of alter ego?

Roni brunn: There was a half-joke/half-rumor circulating about me that I was a spy. I guess my whole work thing seems strange to people, and I do have multiple citizenships. And I do enjoy spy movies and spy books. I also thought that this sort of confidence is missing from indie music, but at the same time you can’t be all ‘sex, sex, sex, I’m hot’ when you’re writing niche music. So I thought it was a fit for who I am and what I wanted to say. I mean, who’s to say I’m not a spy? I think that the honest nerves that I do have – over thinking myself, that sort of thing – also comes across all this spy play, so the spy device was pretty useful for me to get over my own insecurities.

The Owl: Tell me a little bit about the single “With You.”

Roni Brunn: “With You” is musically the simplest song on the EP. I love the distorted acoustic guitar riff that starts it off. Lyrically, it’s about the spy girl contemplating settling down, wanting to do it, but ultimately not being able to. I wrote about this bro that my friend wanted to set me up with – he sounded good on paper, but I really, really couldn’t see myself with him. Couldn’t give up whatever it is that I’d need to in order to be with him, really. It’s like I was more into the spy missions than connecting with someone.

The Owl: Definitely seems like something a lot of people could connect to. Is From generally well received?

Roni Brunn: I hope so! I don’t know how to characterize how From is received. I think it’s pretty divisive. There are those that connect with the sound and hopefully the melodies and lyrics, but I don’t sing in a conventionally pretty way. I go for almost a conversational, deadpan delivery. Some people really hate that. I think that women are supposed to have pretty voices. I don’t really. I hate listening to people who sing well; I think it’s too dramatic, too showtune-y. The complexity in my music comes from the crazy arrangements, not from my performance, and that’s a deliberate goal for me. I’m also aware that my image is more fashion driven than most bands out there in this niche, and that high fashion isn’t really well liked among some people. But it’s who I am. I don’t like preciousness. I think it’s plagued indie music and especially indie ‘chanteuses’ or whatever. This EP is definitely a reaction to all that preciousness. I’m not a girl from hipster wife hunting. I think it’s sad that these conventions are there. They’re meant to liberate women from the burdens of dieting and media images, but what they actually do is cap beauty and limit aspiration. It’s like you shouldn’t pursue beauty beyond a certain point, and I’m not referring to just a cute haircut and a regular workout regimen. I think it infects how songs are written and how ideas are expressed. I’m not saying From is the only antidote or anything, but I’d love for what I put out to connect with more people who feel that way.

The Owl: I definitely see it doing so. That being said, what do you see in the future, for yourself, for From and for Thursday Friday?

Roni Brunn: It’s hard to say. Ultimately, I want a Karl Lagerfeld-type existence so I could put out projects in different media and really complete them at a level that makes me happy. I want my projects to be beyond commerce but not at the expense of commerce. More immediately, I’ll be releasing a beach video for “With You,” and Thursday Friday is taking on more fashion controversies. I’m so excited about both.