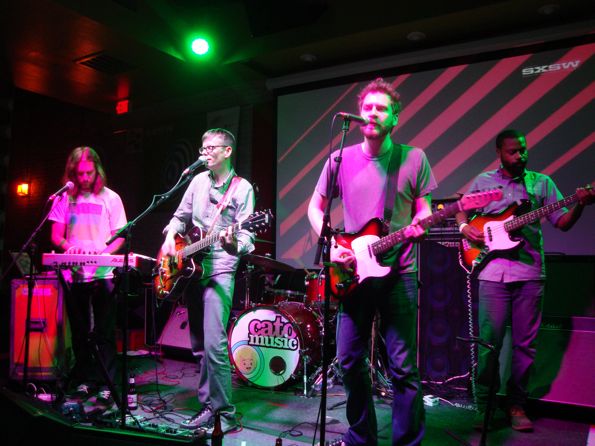 Austin’s Marc Bianchi has been releasing strong albums as Her Space Holiday for over a decade. His band’s set showed that he is not only talented at crafting cinematic, heartbreaking electronic pop, but can also command a room with just a guitar and memorable lyrics, as he did on his solo rendition of “Japanese Gum.” 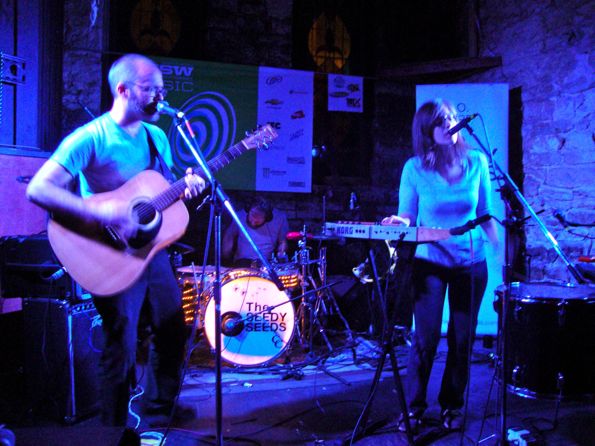 The Seedy Seeds play catchy, well-harmonized folk-pop with electronic elements mixed in, resulting in a sound that’s both classic and modern. 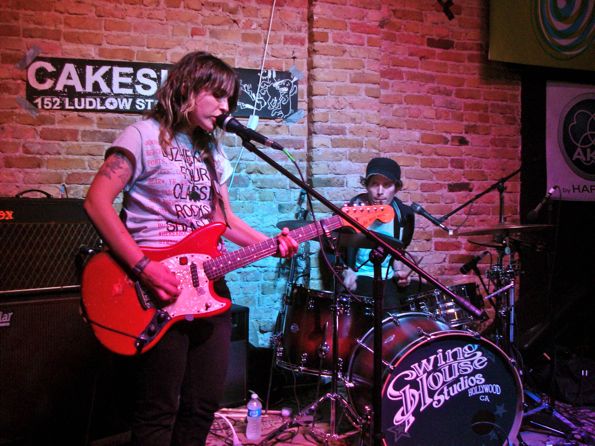 Canadian duo Dog Day was a quartet until recently, but still sounded like a full band as they tore into their fast-paced, melodic pop songs, singing harmonies on nearly every word. They played mostly new material, but included a couple of old songs like the unbelievably catchy “Lydia.” 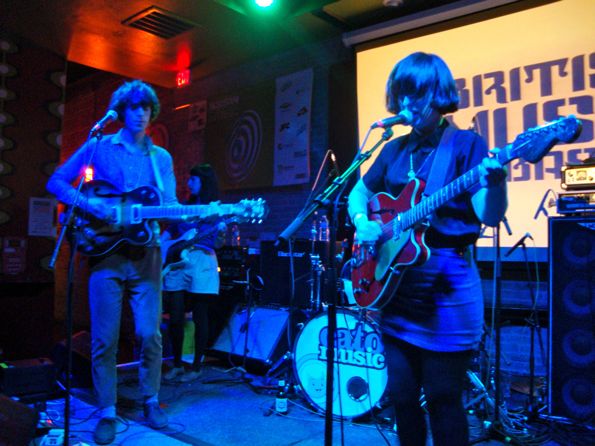 On their recordings, British quartet Veronica Falls‘ often minor-key indie pop is undeniably catchy, but live, it also really rocks. The crowd was excited to hear their singles “Beachy Head” and “Found Love in a Graveyard.” 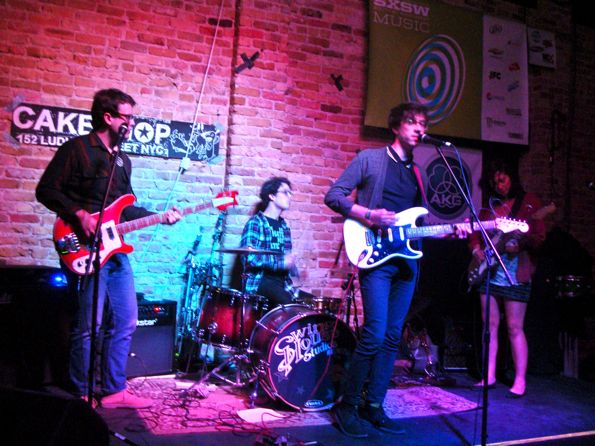 NYC indie poppers Dream Diary manage to be infectiously cheery even when delivering lines like “I lost my love.” 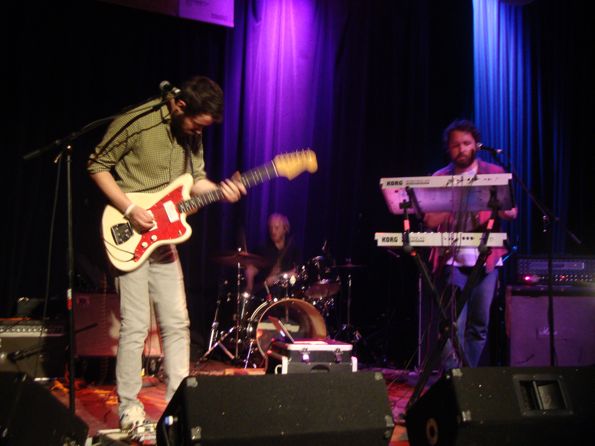 In case you’re sick of hearing about catchy pop with vocal harmonies, here’s something about Royal Bangs. The Knoxville, TN synth-garage trio announced that this was their ninth SXSW show, but they showed no signs of fatigue, putting on the loudest, most rocking performance I caught at the festival. 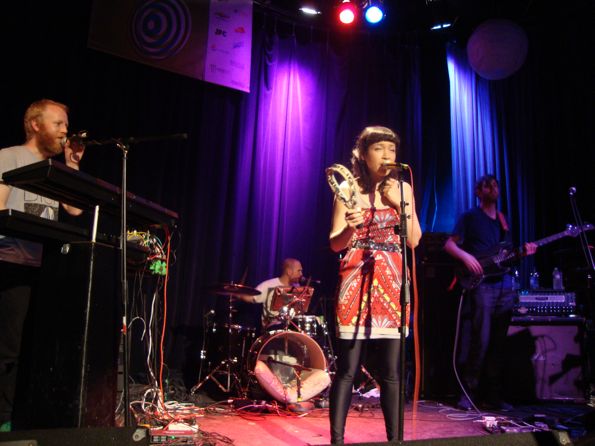 Swedish electropop group Little Dragon was the secret guest at the Windish Agency showcase. Despite their danceable beats and Nukimi Yagano’s pleasant, at times bluesy voice, their songs didn’t reveal the hooks–either vocal or instrumental–needed to make them memorable. 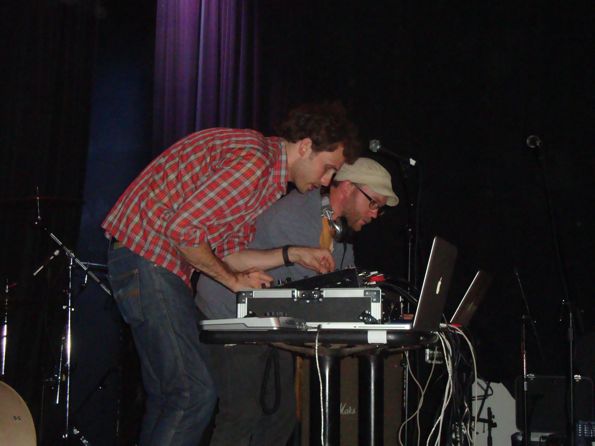 This week, Austin played host to both SXSW-goers and spring break revelers; mashup duo The Hood Internet‘s set seemed to draw a mix of the two. Hunched over their laptops, they orchestrated an end-of-SXSW dance party to the likes of Eminem and Passion Pit.

Stay tuned for coverage of way more bands from The Owl Mag’s other SXSW correspondent!