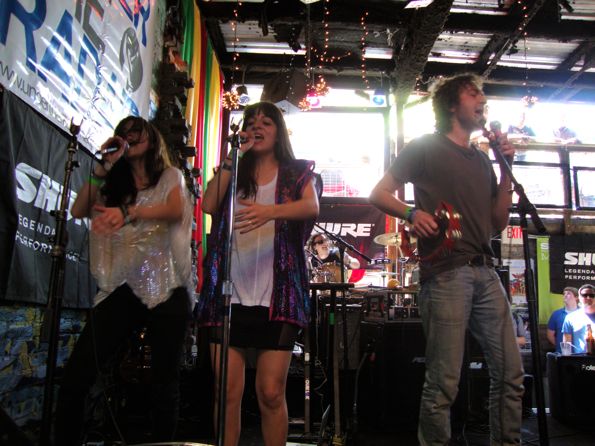 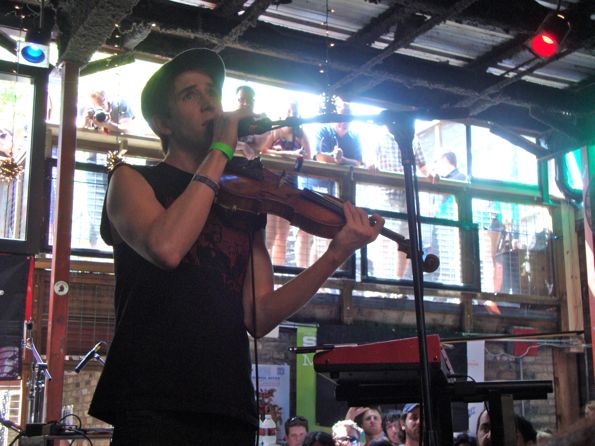 Watching Owen Pallett piece together his gorgeous symphonic pop compositions on stage is an engrossing experience. Using loop pedals, he adds one layer at a time, with his violin serving as a lead, rhythm and even percussion instrument all at once. He announced that this would likely be his last solo show, as he recently started playing with a drummer. 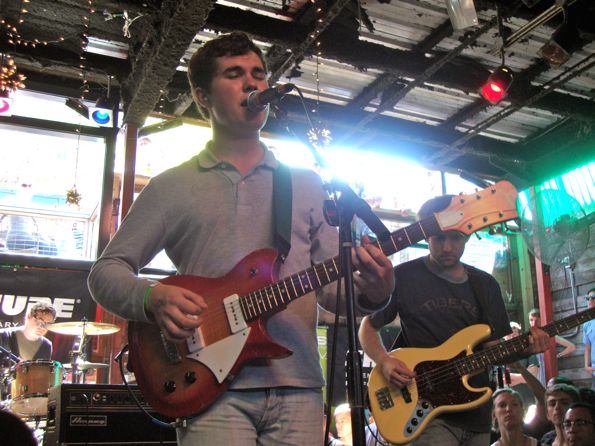 Surfer Blood‘s set got cut off after only five songs, which was especially unfortunate considering they now have new material to show off. They did manage to play two rocking new songs, though. 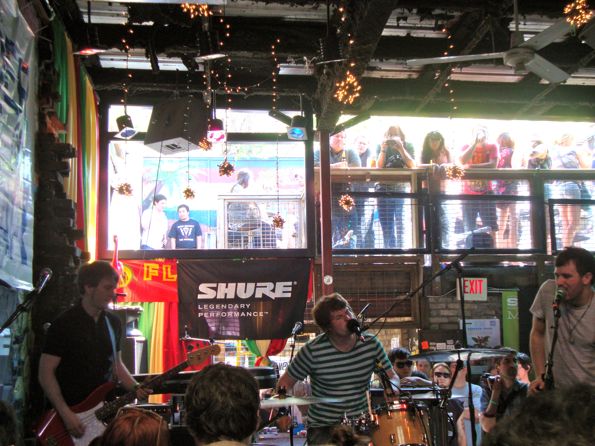 On record, Seattle’s Telekinesis is just Michael Benjamin Lerner, but live, he enlists a full band to recreate his enjoyable power pop songs. 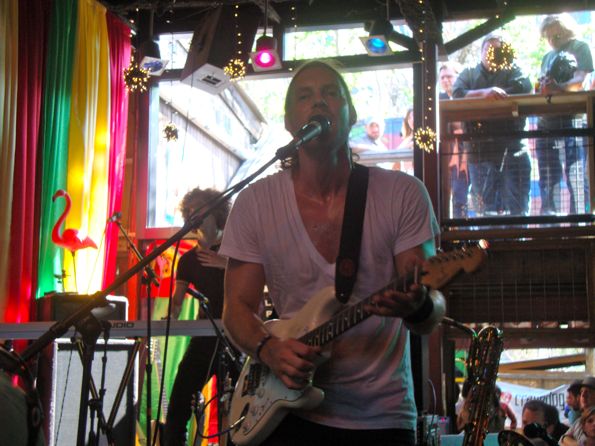 Menomena‘s engaging rock made skillful use of piano and saxophone. 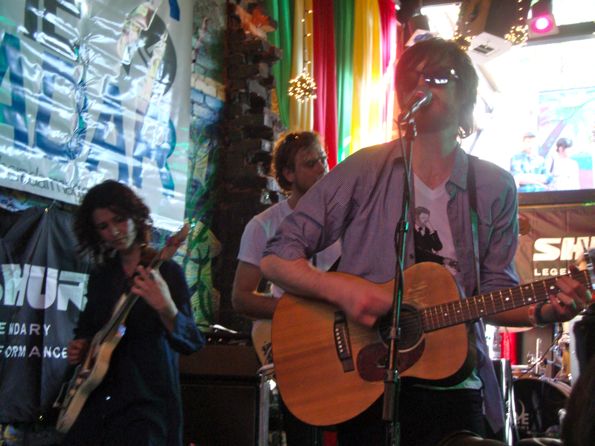 Okkervil River only got to play for half an hour, but they made the most of it, tearing through favorites like “For Real” and “Our Life is Not a Movie or Maybe” as well as two tracks from their upcoming album, I am Very Far. As Will Sheff kicked off the clapping for closer “Unless It’s Kicks,” he said “Put your hands up! I want to ruin you for all the other bands you’re going to see today.” And they basically did, until their nighttime set (see below). 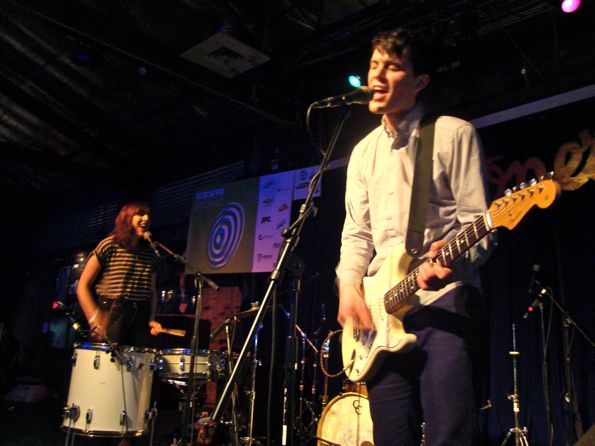 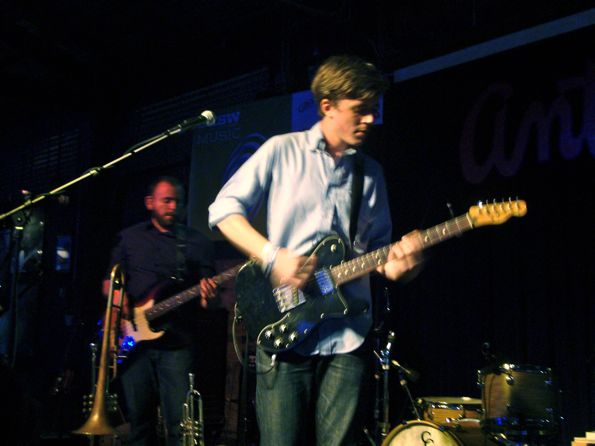 NYC rock trio Yellow Ostrich manages to sound like a much larger band thanks to the use of loops, horns, and powerful drumbeats. 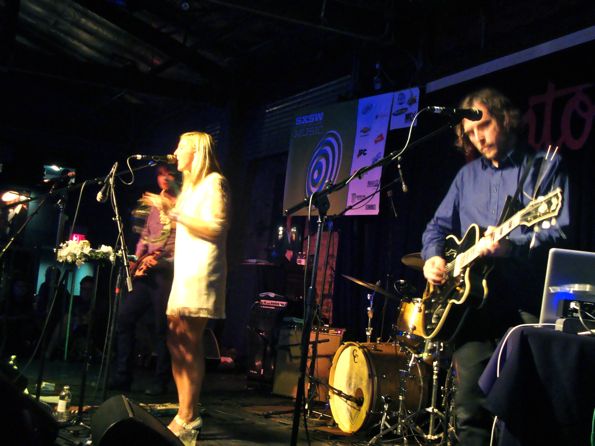 The Submarines’ sunny, tambourine-accented pop inspired smiles all around with positive sentiments like “Every day we wake up, we choose love, we choose life.” 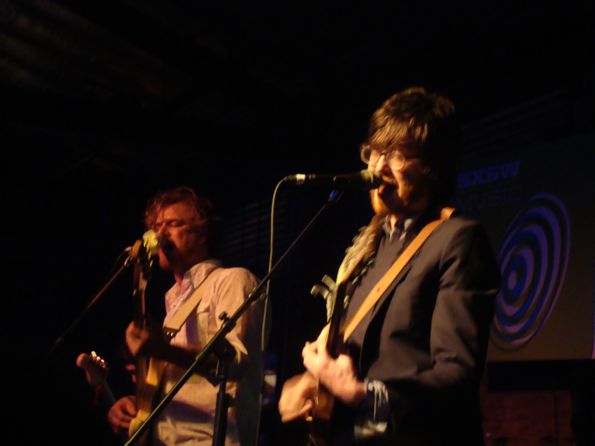 Judging by the four new songs Okkervil River played during their second set of the day, including the surprisingly heavy “The Valley” and the hard-hitting waltz “Wake and Feel Fine,” their new album may turn out to contain some of their most powerful material yet.