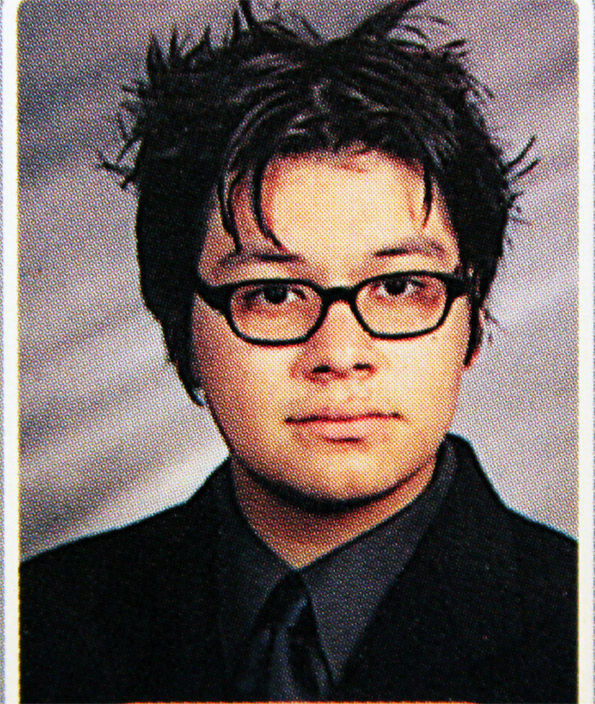 2012 marks my tenth year since graduating from high school and this feature really has forced me to look back and reminisce about the past. An interesting thing occurred to me while researching and planning out what songs I wanted to share—with the exception of Nine Inch Nails—my CD collection ends around the time I graduated. Napster was king back then and file-sharing was very much a part of my high school experience. I actually never used Napster, instead opting for Audiogalaxy to search for new music and discover new artists. It was a time of complete discovery for me as a music fan. I would obsess about finding every bootleg I could from NIN’s Fragility 2.0 Tour so I could compare shows and figure out which performance of “The Mark Has Been Made” was the best (Anaheim 6/6/2000, but I’m biased). At the time I really disliked high school for a number of reasons, but as is usually the case, perspective and time have a way of changing one’s feelings about the past. I now look back at my high school years with nostalgia – not for the football games and friendships past or any of that nonsense – I miss the music and concerts and the bands that I loved.

Nine Inch Nails – The Great Below
Nine Inch Nails was (and still is) my favorite band. Like so many other Owls have said, I felt that Trent put what I was feeling into words. His music meant everything to me and I was lucky enough to have NIN be my first true rock concert. The live show blew my mind and changed the way I saw live music forever.

Radiohead – No Surprises
At the time I believed that Radiohead could never, ever top Ok Computer. I actually went as far as to not listen to anything they released after their seminal album until recently. I still don’t think they’ve ever surpassed OK Computer.

Bjork – Joga
Although this was released in 1997 I didn’t get into Bjork until mid-way through high school. Homogenic is such a fantastic album and this is the standout track.

Placebo and David Bowie – Without You I’m Nothing
Like NIN, Placebo always seemed to be putting my feelings into musical form. This song, while fantastic on its own, is sent to the stratosphere with the addition of David Bowie. I love David Bowie.

The Cure – There Is No If
My dad introduced me to the Cure early on in life. In fact, I remember begging him to buy me the “Friday I’m In Love” single. As I got older I became more enamored with the darker, more melancholy side of the Cure.

A Perfect Circle – 3 Libras
Though I was a Tool fan I always preferred APC. Maynard’s voice is fantastic and the music carries an emotional weight to it that still resonates with me.

Skinny Puppy – Dig It
Didn’t find out about Skinny Puppy until their reunion in 2000. I then promptly downloaded their entire catalog.

Garbage – #1 Crush
My love affair with Shirley Manson started in middle school and culminated with meeting her at a signing at the Virgin Megastore (remember those?) in Hollywood.

David Bowie
My childhood obsession with the Labyrinth finally hit critical mass and transformed into a complete obsession with Bowie as a musician. This is my hands down favorite track off my favorite album of his.