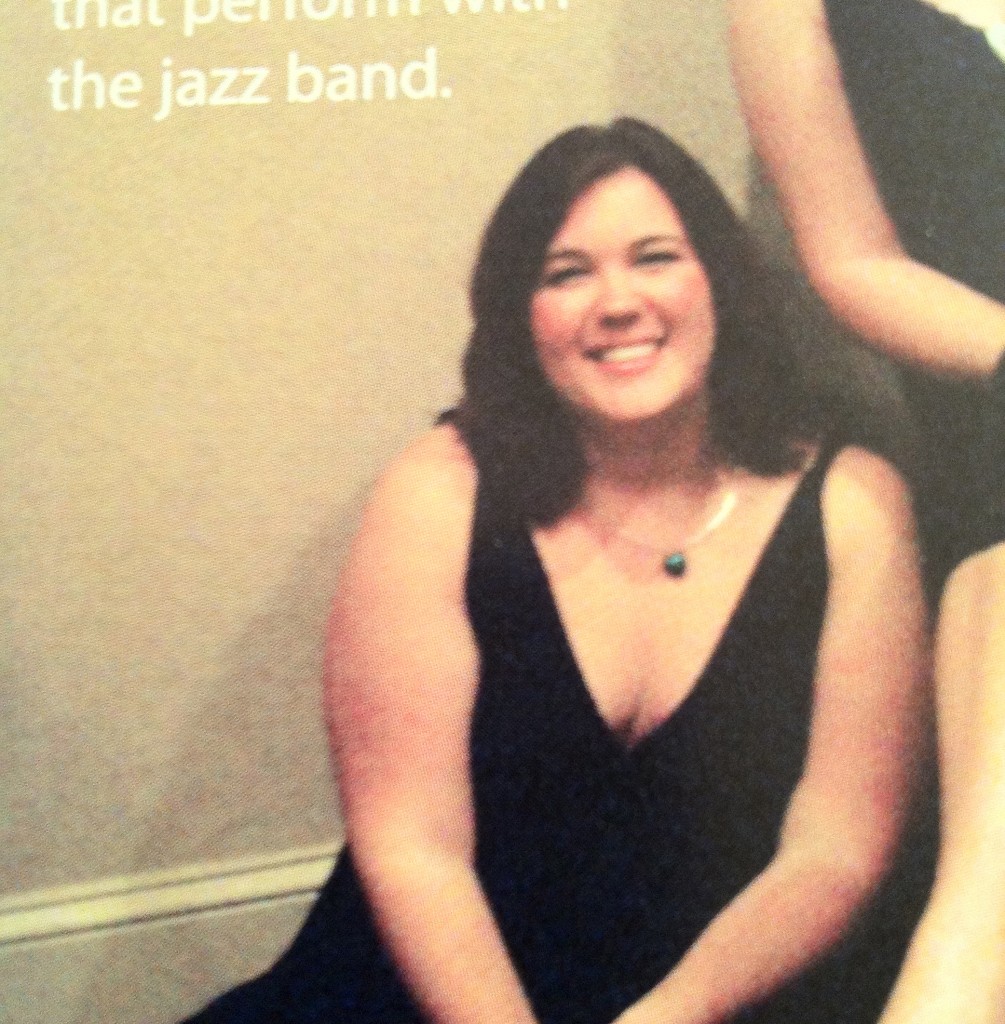 As I was coming up with this playlist, I realized: I’ll know the lyrics to these songs for the rest of my life. That may only help me with karaoke or Trivial Pursuit: 2000s Edition, but it just goes to show that you can never really escape high school. I spent my adolescence blissfully unaware of my lack of coolness, embracing my status as a music nerd (choir, vocal jazz) and generally enjoying those four years of braces and bad haircuts. I realize now that my small high school was unusual: it wasn’t plagued by cliques, and many of the alleged cool kids were also music nerds. It probably had something to do with our bizarre but quaint hometown; Carmel, smack dab in the middle of the California coast, is home to everything from the Carmel Bach Festival to Clint Eastwood. We grew up with the Monterey Jazz Festival in our backyard, and even as I was listening to OK Go I was also delving into Ella Fitzgerald.

High school awakened my passion for music discovery. Sure, many of those discoveries kind of suck–I’ll admit that I had an embarrassing love of The Killers, and even a brief but awkward Green Day phase. I spent my time making mix CDs for friends and for my coffee shop shifts, filling them with Spoon or Feist or whatever struck me that week. I started collecting concert t-shirts, and taking guitar lessons (those failed miserably). I sang everything from Italian art songs to jazz standards to Motown. They were baby steps, yes–but as I said, you can never really escape high school. I’m glad to have left much of my pre-adult self behind, but I’m even gladder that part of it stuck with me: because, after all, I’m still a music nerd. Just hopefully a little less awkward.

Some friends and I did this dance in our senior year talent show. And I still know all the moves. (There’s a video of us, too, but I’ll leave that lost in the interwebs.)

The Killers, “All These Things That I’ve Done”

I’ll probably always have a bit of a soft spot for Brandon Flowers, and I can karaoke this song, or any song from Hot Fuss, like nobody’s business.

I saw Arcade Fire at a music festival my sophomore year of high school, and fell in love. I still remember walking downtown after school, playing Funeral on my iPod and just generally being in awe.

Franz Ferdinand, “Take Me Out”

This was my jam for a while. My massive Franz Ferdinand binge led me down the UK pop-punk rabbit hole: the Fratellis, the Kaiser Chiefs, Hard-Fi, early Arctic Monkeys, even Art Brut.

My very first tagged Facebook picture was taken at a Paolo Nutini concert. (Remember when Facebook was new?) I also sang one of his songs in my school talent show (I was all up on these talent shows, clearly). Even though I don’t listen to the Scottish crooner anymore, my love for UK music has only grown.

I remember feeling soooooo cool when people started discovering Phoenix and I already liked them. That feeling lasted about fifteen seconds.

I’ll admit it, I was a big fan of Songs About Jane; I have fond memories of singing/screaming this song at swim meets. I can still picture one of the fiercest girls I know grooving to this in her cap and goggles.

Don’t kid yourself. You loved this song too, long before it was sampled by Jason Derulo.

The very first concert t-shirt I ever bought was a green Modest Mouse shirt with a white buffalo on it. I still have it, and I still think it’s cool.

I had a tough time choosing between this and the Postal Service’s “Such Great Heights”–they’re both classics, and both remind me of working at the local coffee shop. And watching the O.C.—remember the O.C.?! Seth and Summer for LIFE.