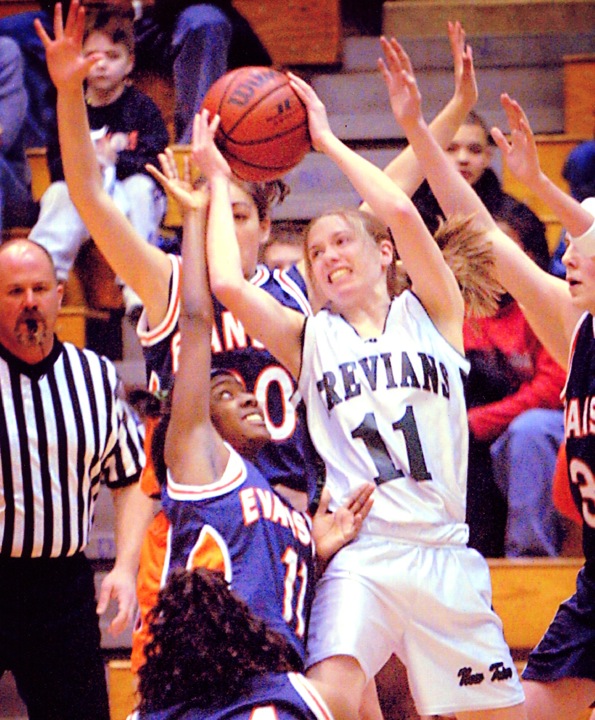 Oh man, HIGH SCHOOL. I liked high school, largely because I enjoy doing homework and having a locker, but I was pretty intense back then. Like I spent my free periods in the library working on math problems and researching Eugene Ionesco intense. I kind of feel like I was this weird other version of myself — or maybe I’m that weird other version now. Anyway, the main point is that I used to have blonde hair and I listened to a strange mix of music that now seems both embarrassing and vaguely legitimate. ~K.Flay

My dad got me into R.L. Burnside my freshman year of high school. I loved that “Come On In” album — it was classic blues, but also sounded like something new, something modern.
R.L. Burnside – It’s Bad You Know

Fiona Apple was my shit in high school. I was positive that she was the most articulate, brooding, cool person on the planet — which she very well may be. I think for a lot of kids my age, girls especially, there was something in her music that captured a very specific kind of angst.
Fiona Apple – Paper Bag

I used to looove this song. I can remember just being very sullen and contemplative in my bedroom, playing guster on the headphones, thinking that life was incredibly depressing but also SO BEAUTIFUL.
Guster – Rainy Day

I asked for this CD for Christmas — I think my sister might have bought it for me. Coming from the Midwest, I thought Outkast was so cool and weird. “We Luv Deez Hoez” might be my favorite song off that album, for reasons I can’t quite identify.
OutKast – We Luv Deez Hoez

My Spanish teacher played us a bunch of Shakira my sophomore year and I became weirdly obsessed with all of her original Spanish language stuff. Her double-disc greatest hits album is seriously amazing.
Shakira – Estoy Aqui

I saw Coldplay at the Aragon Ballroom in Chicago just after Parachutes came out, and before anyone really gave a shit. Grandaddy opened for them, I remember that. I actually heard Coldplay for the first time at one of those listening stations at the Virgin Music Store. RIP Virgin Music Stores.
Coldplay – Don’t Panic

This was one of the first rap songs I remember memorizing the lyrics to. That was an ill-formed sentence.
Ludacris – Rollout