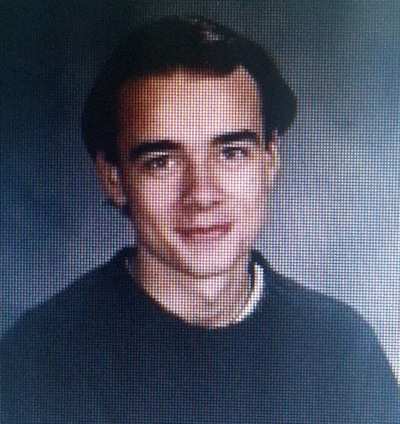 It was the mid-nineties. Flannel. Long hair. Marlboro Lights. Brooding, man. Things were, how you say, fucked up for that short run in my life, with family complications finding me in three high schools in four years, and the resulting social riptide putting quite a spin on my reality. Musically, I had veered away from my metal flirtations with the arrival of alternative/grunge, and the impact was strong throughout my teens – as evidenced below. Through social and chemical experimentation, my eyes were opened to the fact that we lived in a world of manipulated perception, and my musical tastes had begun to reference my budding awareness. Below is what I was listening to most heavily at the time.

Public Enemy – Can’t Truss It
A harrowing depiction of slavery and its reverberating modern repercussions in the deep-rooted racial strife in America. Chuck D’s incendiary lyrical depictions were a stunning eye-opener to the fact that the euro-centric slant I’d been insulated with in my history and social studies classes told only a sliver of the full story. Often, the best door to awareness is through art.

Cypress Hill – I Wanna Get High
From the slow-rising stony haze of the intro to the downtempo low throb of the beat, the track framed the narrative that would be my hazy anthem in 1993-1994 school year. I smoked my first blunt to this song, and went home ten minutes later – convinced that my mom would have no idea. Four Hostess cupcakes and five minutes of hysterical laughing later, I discovered I was wrong.

The Tea Party – The Bazaar
Their name has been rendered comically unfortunate, and they may be Canadian unknowns, but this jam killed.

Nine Inch Nails – The Becoming
My heart was broken, I was in a new town with overtly conservative mentalities, and was entering a rather antagonistic period in my life. For a time in the mid-nineties, Trent Reznor seemed to write with a thread connected directly to my mind.

Rage Against The Machine – Vietnow
Half a decade after their last release RATM returned with Evil Empire, an album that gave poetic forceful voice against the hypercorrupt free-market capitalist system, military industrial complex and the dominant culture wash of White Male America. The line “Fear is your only God” resonated like a shot through my reality, as I came to terms with the understanding that the theocratic structure I was raised on and around was a cancerous, restrictive plague on the mind.

Beck – Satan Gave Me a Taco
Track 20 on Beck‘s unpromoted second solo album Stereopathetic Soulmanure is a wildly creative and stoner-hilarious story song about the unfortunate consequences of Satan being the source of your Mexican food. I had discovered weed about two months prior, so this jam was perfect for laughing with a mouthful of Skittles until I was slobbering rainbows.

Nirvana – D7
A hypnotically slow and ominous two-verse opening set the stage for an untethered freakout blast of adrenaline, a hysterical thrashfest that spoke right to my core. I savored the fact that it was a non-album release, much like my other favorites “Pen Cap Chew,” “Gallons of Rubbing Alcohol Flow Through The Strip” and more. I’d cherished what I considered my own secret about the biggest band in the world, unaware that I was hearing the end of the creative road for the man who kicked the door open on a new era of rock.

Kyuss – Demon Cleaner
Slow-burning broodfest that tuned me in to the frequencies that would evolve into Queens of The Stone Age. I had no idea who Kyuss was or where they came from, let alone how to even say the name, but walking through the halls with “Demon Cleaner” blasting in my headphones, the world could’ve burned around that riff for all I cared.

Pearl Jam – Spin The Black Circle
An explosive ode to vinyl from my favorite band of all time. I remember hearing it on a shitty radio in the back of the Japanese restaurant I was working at, freaking out over its jubilant intensity. Vitalogy came out on my birthday in 1994, and I was grounded – but knowing its importance, my friends brought several copies to my house throughout the day. I felt loved.

Soul Coughing – Super Bon Bon
There was a nerdy swagger to Soul Coughing that I always loved, an unabashed energy that defied conventional melodrama. Mike Doughty might never want to hear these songs again, but tracks like “Super Bon Bon” and “Collapse” are always good for a pick-me-up.

Tool – 4°
Morose, complicated, and intimidating–three essential ingredients in any Tool song, and a catalyst for my entry into their sound. “Free yourself from yourself”–whether through ego-killing psychedelic experiences or simply immersing myself entirely in the music, I was beginning to find a way outside of my own head and Tool was a very useful aid in the process.