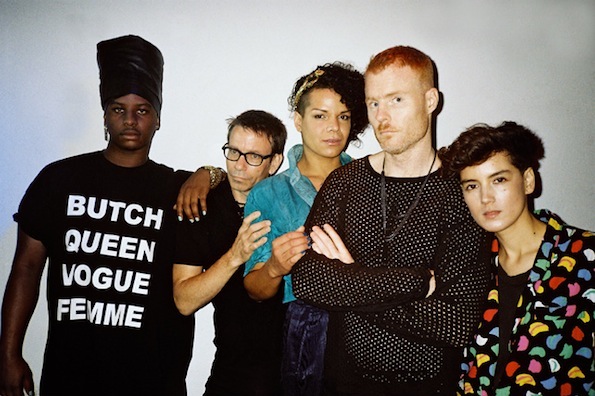 Hercules & Love Affair is the brainchild of DJ/songwriter Andy Butler, whose passion is creating super catchy dance music with an ever-rotating lineup of musicians. In 2008, Hercules’ infectious disco hit “Blind” was chosen as Pitchfork’s number one song of the year. Although their second studio album, Blue Songs, is more experimental and varied than their self-titled debut, Butler still has one foot firmly planted in disco territory. “Painted Eyes,” features throbbing bass, lots of strings, and smouldering vocals from Hercules newcomer Aerea Negrot. Written for a fashion show and dedicated to Coco Chanel, it’s a track that may be destined to repeat the rampant success and everywhereness of “Blind.” “Leonora,” which is a little slower and just as sexy, has major hit potential as well. A lot of Hercules’ new stuff seems to draw inspiration from ’90s club music, as evidenced in “My House,” “I Can’t Wait,” and total jock jam “Step Up.”