Geographer Is Having A Moment. 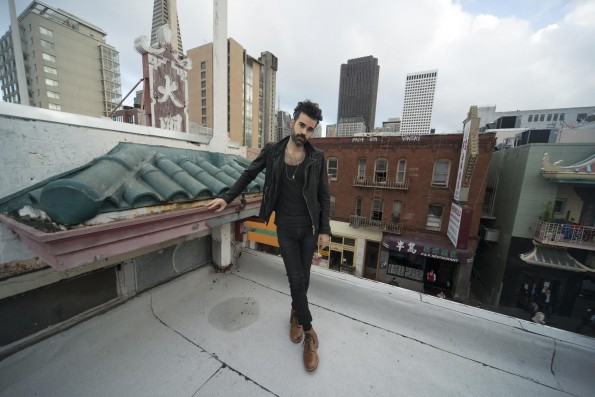 “I’ll never forget that night as long as I live,” says Mike Deni, the singer, songwriter, and multi-instrumentalist behind San Francisco based dream pop outfit Geographer. Deni is reflecting on this past New Year’s Eve, a night which for Geographer capped off a banner year. In March, Deni released his third album under the Geographer name, the critically acclaimed Ghost Modern. Following a personnel change, Geographer embarked on a tour of the United States, where Deni jokingly says he “whipped his touring band into shape,” and played some of the best shows of his career. His second release of the year, December’s Endless Motion, Vol. 1 EP, found Deni covering an array of songs which had impacted him both personally and professionally. Artists as diverse as Tears for Fears and Felix Da Housecat were given the Geographer treatment, providing a gorgeous new look to tracks that originally thumped and grooved. Geographer finished the year playing The Big One, a New Year’s Eve show at San Francisco’s fabled Bill Graham Civic Auditorium. Along with bands including Ratatat and Tycho, Geographer got to share the stage with a band that Deni has been enamored with since his college days, the Flaming Lips.

“I had been listening to ‘Yoshimi’ [Battles the Pink Robots] every day for months because the CD had gotten stuck in my car. Then I tracked down a copy of their documentary, The Fearless Freaks. It was amazing. Cut to a few years later, and I’m shaking hands with Wayne Coyne. I just had to pinch myself. It was one of those moments where you’re like ‘Wow, it’s the guy from the movie, and now we have the same job.’ I felt really lucky.”

It’s clear when talking to the affable Deni, however, that his band’s success has come not from luck, but from hard work, and a boundless energy which is constantly pushing him to create. Deni is not just a musician, he’s also a music lover, able to dissect and absorb influences before letting them shape creations that are entirely his own. During the sessions for Ghost Modern, Deni began experimenting with new sounds including string and horn arrangements. Though Geographer has always featured the occasional cello, Deni credits his leap into arranging for classical instruments to a gig Geographer played with Minna Choi’s Magik*Magik Orchestra. 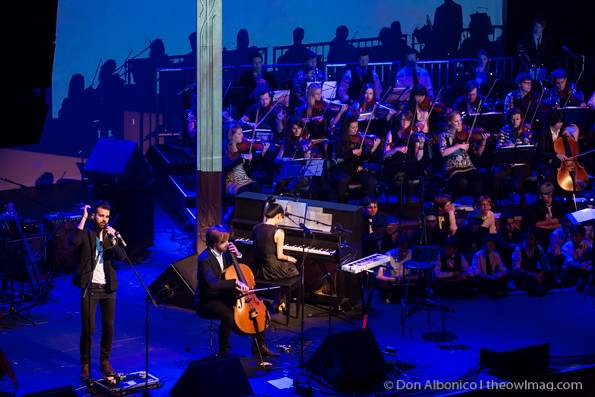 “I was steeped in this orchestral sound, which I’ve always loved. I just wanted to be able to do that. I felt it was a weakness that I couldn’t do it. Then I thought, Well why don’t I just try, and I did it, and then I put strings on everything.” Though Deni and his producer, Eli Crews, eventually pared back their application of strings, it was this willingness to experiment which lead to Ghost Modern being Geographer’s most fully realized album to date.

Like the strings on Ghost Modern, the genesis of Endless Motion, Vol. 1, also lies in a bit of the universe smiling on him, this time a gift from a coworker. The first song he covered for what would become the EP was “This is How We Walk on the Moon” by experimental American cellist Arthur Russell. “My relationship with Arthur Russell goes back to when I was working at a pre-school, when I first moved out [to San Francisco, from New Jersey]. A friend there made me a mixtape of Arthur Russell songs. I listened to it and thought, ‘What is this? This isn’t music.’ I felt like I just didn’t understand.”

Though the late Russell’s music — with its lack of hooks, and what Deni deems Russell’s “whale-like” vocals — doesn’t scream Top 40, Deni was able to see through its tough outer shell to find the sweetness within. “The more I listened to it, the more I fell in love with it. It’s amazing the complete 180 that took place. Russell saw this instrument he had acuity for, and he did what he could with it. He didn’t have classical training, and yet he was a classical musician, but he was also a pop musician. It’s very strange pop, but it is pop music that he made.”

After finishing Geographer’s headlining tour, Deni found himself with some downtime, and subsequently restless. “I wasn’t ready to start writing material again, but I really wanted to make something.” Deni credits his manager with the idea to continue making covers, and Deni took to the task like a painter interpreting a scenic vista. Instead of just making faithful reproductions, Deni says he took the songs apart and rearranged them as if they were his own and challenging himself, “Would I put that tag at the end of the chorus? Or would I put a guitar hook there?”

The end result of his effort is an EP full of lush interpretations of songs which, though originally in different genres, come together cohesively; the EP is distinctly, beautifully, Geographer. Deni intends to release more covers going forward and in fact, had just posted his latest cover online the day that we spoke. It was a few days after the passing of legendary rock n roll icon David Bowie, and that morning Deni had recorded a haunting acoustic version of Bowie’s classic song “Heroes.”

For Deni, as for all of us, the loss of Bowie was a big one. “Our generation sees the 69 year old man and the 21 year old man, but it must have been very interesting to witness him for the first time as Ziggy Stardust, and then he immediately changes, and then again, and again. Each time he puts out a new album, you don’t know what it’s gonna be, and then it turns out to be phenomenal, and very different than anything you’ve heard. That’s not an easy thing to do.”

Like Bowie, Deni is not one to rest on his laurels. After all the success of 2015, he could’ve easily justified taking some time off. He’s not, though. “I’m gonna go on tour this spring,” he says, “and then I’m gonna start working on new music.” Thankfully, for Geographer fans, slowing down seems to be the one thing Mike Deni doesn’t plan on doing. 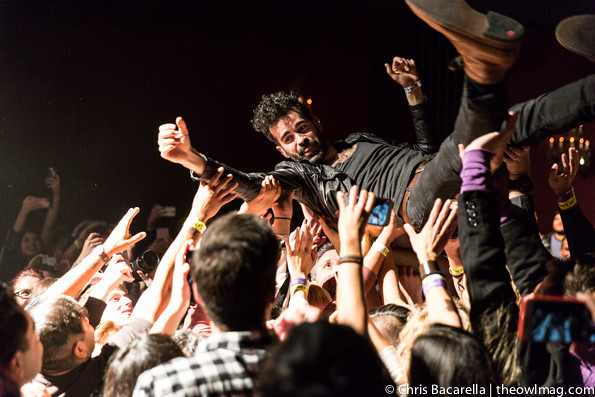