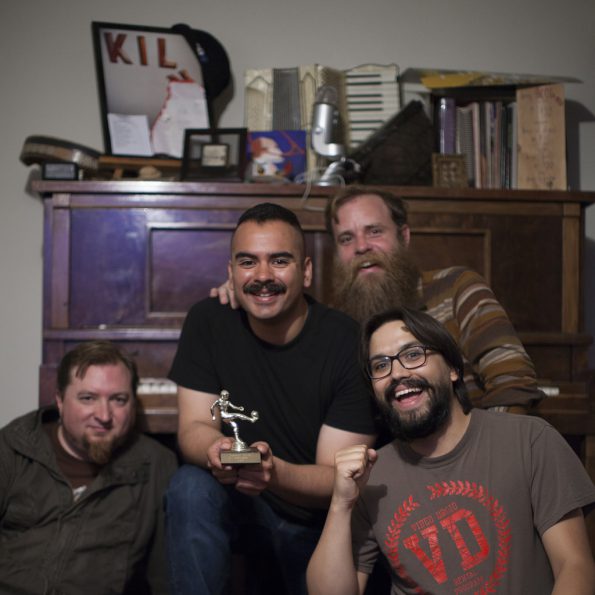 At some point in our mid-20s to early-30s, the dreaded adult realization inevitably hits us all. Gone are the days where we could stay up to the wee hours of the morning and wake up to greet the midday sun bleary-eyed with disheveled hair. The reality can be harsh as it smacks us straight in the nose…having adult responsibilities sucks. These complications that come with squaring up to the realities of growing older are exactly what Bay Area-based band Dogcatcher explore on their self-titled album set to release on Friday, August 26th.

The seven track record bobs through a moody sea of emotion from the dance-y commitment-centric “How to Cook Me” to the quiet ill-timed tides that pull people apart on “My Sunshine” to the anthemic declaration of fearlessness of “Dusty Trail.”

“This record is definitely pushing in the fuller dance-y sound. We’re going for head-bobbing grooves,” explains bassist Jared Milos. Recorded in Oakland by Aaron Hellam at Hellam Sound, Dogcatcher really got to take their time crafting each of the songs before bringing them to Hellam in the studio, “For this one we took one more step forward and wrote it together in our studio over the last year or so. We were much more deliberate about the parts and then brought it into Aaron to produce,” says singer Andrew Heine.

The result after the band’s year long relationship working with Hellam is a buttery full sound with layers and layers of instrumentation featuring guest performances by percussionist/vocalist Vicki Randle, Oakland-based trumpeter/band leader Will Magid, as well as emerging rapper Freddy Flowpez of East Palo Alto. “We took our sweet time making this record and I think it shows in the quality. It’s the first time we did significant work with a producer to shape the sound and Aaron Hellam did a great job capturing what Dogcatcher would sound like if we had ten members and could practice six times a week,” observes guitarist Colin Hayes.

To celebrate the release of the band’s third album, Dogcather will be throwing a little party to coincide with the album’s release on the 26th in San Jose at The Art Boutiki. Check out the flyer for details and take an exclusive listen to Dogcatcher’s forthcoming album below! 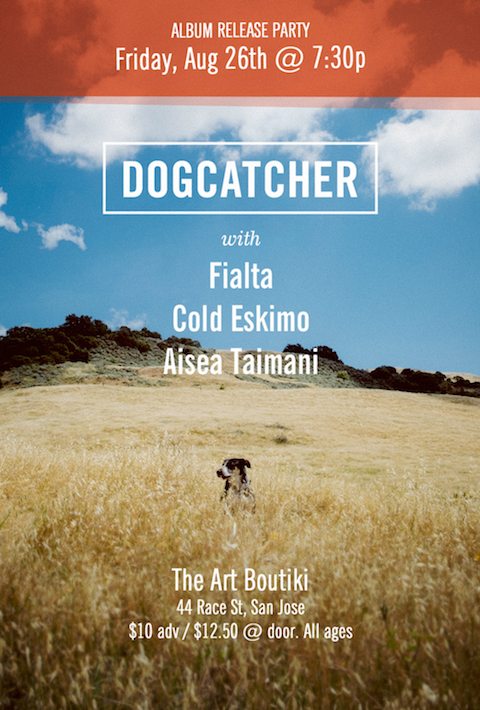