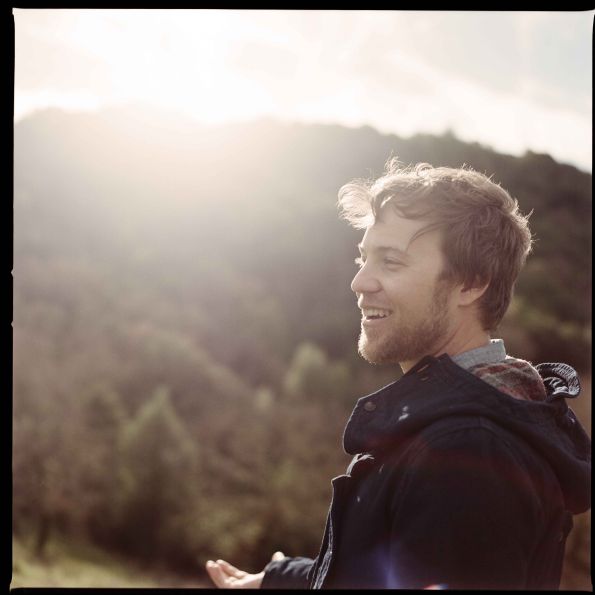 Behold Zach Rogue‘s newest project, Release the Sunbird. Their first album Come Back to Us is special in a way music hasn’t been allowed to be special since the ’60s, primarily because Rogue and his group (Kate Long: vocals, Kenny Childers: bass/guitar/vocals, Mike Bridavsky: guitar, Pete Schreiner: drums/percussion/harmonica) have taken it back to the basics. Five people in the same room at the same time playing music. No agenda, no plan of action, just a lot of hope, trust, and communication. Minimal production allows for a sound that the listener feels to the core like an undeniable truth. Every note was loved on this one, and it’s a refreshing change of pace from the oft overdubbing, reverb covered, box beat “rock” of the 2000’s. By far the most impressive instrument is Kate Long’s voice; sweet, clear, and perfectly matched to Rogue, she soars, dips, and glides right alongside him, giving his voice support and complexity with the most beautiful harmony I have heard recently.

Zach Rogue took some time to talk to The Owl Mag about what makes this project different than anything he’s done before.

Owl Mag: There’s a lot of emphasis on this album being a product of instinct rather than planning. To quote your press release, “bringing a couple acoustic guitars with him, as well as the fragments of a few not-anywhere-near-finished songs, Rogue knew he was moving forward without any real sense of what he was moving forward towards.” What fragments did you start with? What did you keep/change?

Zach Rogue: Well I didn’t really know what order they’d go in, what the beginning would be, how it would move. The most exciting thing about this project, was realizing that once we were all together in the studio, it worked out great and we didn’t actually have to have anything mapped out. That’s the point. When we’re playing with people that are really accomplished and really talented, if you don’t have it all figured out when you’re together, it can be a real strength. It allows you to be really spontaneous and just use your relationship as the impetus to finish a song. We were tracking live through most of the songs, and [for example] during the last 30 seconds of “No Light” we had no idea how it would end. We would just look at each other for chugs. When you can be that intuitive with people you’ve never even played music with, it’s pretty special. We realized right away that “Geez, we could just really just go with our guts on these songs!” It made it hard to leave because we could’ve cut albums with all of our material.

OM: You brought up a couple of points I want to talk further about, one of which is that this album is incredibly gelled, structured, and polished considering you went into it with no real game plan and I’m shocked to learn you were following each other’s body language in the studio. What do you attribute that synchronicity with?

ZR: I think part of it is the environment Mike [Mike Bridavsky, guitar] creates in his studio, it’s very welcoming. And the way we set things up from a monitoring standpoint was really as well. [For example:] Mike had all these stand-up mics placed around the room, I played differently than I do (I usually play really quietly), and we didn’t allow any guitar picks so you can really hear the sound of the wood. There’s this tone that we got on the first day, and we agreed we weren’t going to overdo it; we weren’t going to do a lot of overdub, we weren’t going to play too hard, we weren’t gonna sing too aggressively. We’re going to try and underplay it and really just listen to each other. And so, it just became this effortless give and take between everybody. I don’t really know why that is, I guess we’re all just really generous, giving people. I knew if I was going to produce this record, I wanted to handle it kind of like a film director (chuckles). Plus we recorded facing each other, so she could see where I was going when I moved my body and by the way I held my guitar and we just relied on looking at each other. Pete [Pete Schreiner, drums/percussion/harmonica] was able to make eye contact too, and Kenny [Kenny Childers, bass/guitar/vocals] was in a control room and were were just all eyes on each other. You’d think it’s just the simplest thing in the world, but it takes a certain kind of musician to be willing to try that. Most musicians don’t want to do that. They want to know, “Ok, what am I playing? Whatever we’re doing, I need to know when I’m starting and stopping.” I didn’t even give them song ideas. They showed up like, “So what are we doing here?” And we just started playing music.

OM: How is this different than your process with Rogue Wave?

ZR: Well, the way it usually works with Rogue Wave is I do demos with Pat [Spurgeon] and we mess around in our studio on our little ProTools box, and we kinda assemble song ideas. It’s really fun, but we got farther and farther away from doing it live. Permalight is probably the most extreme example of that. I think we both realized that it’s kinda more fun to play live. [Release the Sunbird] kind of takes it back to how we used to play before all this digitalness. I love digital technology, I use it all the time, there’s nothing wrong with it at all, but it’s good to play without it sometimes too.

OM: Let’s bring it back to Kate Long. I was absolutely entranced by her voice. Have you worked with her before?

ZR: No, she used to date a guy that played in Rogue Wave and I had heard her voice before. I knew she had the most incredible voice. At the time I was listening to a lot of duet music like the Ravonettes, and one time in the studio I was singing through a vocal effect harmonizer. There was this knob on it where you can make it sound really male or really female,and I just turned the “gender knob” to female and I was like, “Wow I really want to do a record about relationships and I want to have a female voice representing that.” I got in touch with Kate on a whim, we had never done anything together before, and it actually was the case that everyone was free at the same time.

OM: It sounds like you and her have been singing together for years. You have this natural, almost parallel quality in tone that I’ve never heard. There’s a lot of male/female partnerships, but this sounds different. I’m thinking specifically of the track “Outlooks Anonymous.”

ZR: I attribute that to Kate. I think her voice is an extension of the kind of person she is, you know, she’s a very generous, giving spirit and she has that nurturing quality for her. It’s easy to sing lead, it’s not easy to sing harmony.

OM: The emotional spectrum on this album is far-reaching- I sensed anger, frustration, love…what would you say the main emotional theme of this album, and how does it relate to group mirroring each other in the studio as you mentioned?

ZR: I think the overwhelming theme is forgiveness. If anyone has been in a long-term relationship or a tempestuous relationship, you can go through that spectrum of feeling in a day, in an hour, right? Pure love, pure rage… or the dysfunction that our families have…you know, we go through so many things as adults and we take it out on the people we love. We’re constantly changing and our world is constantly changing. I think relationships are like that. We all make a lot of mistakes, I know I do, and the only way to get anywhere is to acknowledge yourself.  “Always Like The Son” speaks to me about this. You always have to accept who you are and know that you made mistakes, and you have to keep moving forward. Otherwise you’re just gonna be paralyzed.

OM: You sounds so excited about this. Are you planning to record again with them?

ZR: We all agreed it was pretty special. I hope so. I don’t want this to be a one-off, I want this to be a real project. We had so many songs done so quickly that I want to write another batch. I had a [positive] weird feeling with this project…so many times when I’m the studio, you know, it’s expensive and I feel this checklist in my mind and it feels like there’s a time stress. With these guys, I didn’t even care. No pressure at all and we were churning out multiple songs a day. Usually, on a good day, you’d sort of get your rhythm section together, you know? But no planning yielded a ton of songs.

OM: What activity does this album pair well with?

ZR: Well, um, I just moved and I have a beautiful view at my new house so I’ve become a real fan of morning listening. I’m hoping it can start you off on a slower day. It’s funny, I told you how short it was to record this album and how we only tracked for like 9 days, but I worked on final touches for like, 2 months (laughs). So I would listen to it at night to figure out if it was working, driving around you know, and it was really really nice. So late night driving or early morning listening.

ZR: Yeah, I mean, we’re not very loud! But you know, I realized when I heard that Massey Hall recording [Neil Young live at Massey Hall] that all you need to make music be cool is a microphone and an acoustic guitar. For live music to be compelling you don’t need a full-on production. Some of the most special, intense music is pretty rudimentary.

OM: I saw D-Tour [the documentary about Rogue Wave drummer Pat Spurgeon’s journey battling kidney failure while on tour and his subsequent successful transplant] the other night at Temescal Movie Night. It’s such an important, moving story- do you have any comments about it?

ZR: Well, I’ve seen that movie about 30 times and it’s a constant reminder to me of the importance of music and the importance of friendships. It reminds me why I love Pat and love making music with him and why we do what we do. Sometimes when we’re touring on the road I get kinda depressed. And when I see that movie it reminds me just how lucky we are to have the friendships we’ve made with other people and to have people that care about what we’ve done. The most important message of all, that I can’t stress enough is people need to register to become donors. It’s the easiest thing in the world. Pat is alive because some kid decided on the day he died that he wanted to be a donor. It’s horribly tragic that he died, and when we met his family the only thing that gave them any sense of comfort was that his death also allowed someone to live. They saw what it gave Pat. Everyone should become a donor. It takes two seconds.

Here is a link to become a donor online: http://organdonor.gov/stateMap.asp