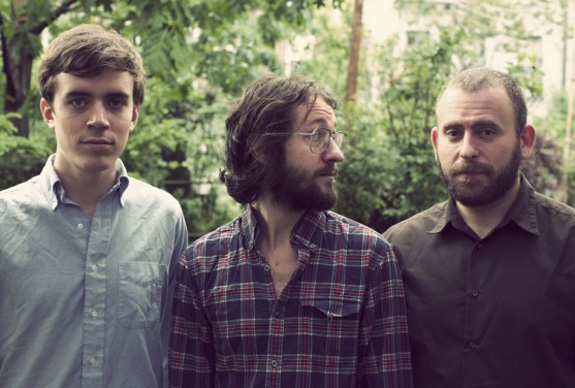 Yellow Ostrich’s new album, Strange Land, is a triumphant follow-up to The Mistress, and carries a lot of the same bouncy beats and reverberated vocals, but also has newly added horns and a fuller sound now with a band, making it an album which can simply not be listened to only once. Lead singer-guitarist Alex Schaaf talks with The Owl Mag writer, Hillary Smith about their just-released album, Strange Land, and offers insight into the crafting of the songs and inspirations behind the album. Yellow Ostrich is currently on tour until the end of May, it would really, really be a good decision to put them on your list of bands to see live.

The Owl Mag: Would you say there is an overall theme to just-released album, Strange Land?

Schaaf: A lot of it is just about moving to a new place and feeling different, starting new. And there is a whole band now instead of the solo thing, an overall theme of change.

The Owl Mag: In your biography, you say the opening track of Strange Land, “Elephant King,” is your current self talking to your past self, you say you’ve achieved some goal, but there are still so many important things to find. If you don’t mind sharing, what are some goals you’ve achieved, and what are some things you’re still searching for?

Schaaf: It’s just kind of general — moving to a new place and hoping to find success in various places. It’s kind of the idea of always wanting something.

The Owl Mag: What are some of the main changes, sound-wise besides adding a drummer and bassist?

Schaaf: The last one sounds like it was made in the bedroom, this was a lot more live and raw and a lot of the drums are more nuance and complex than what I was doing. It’s a similar vibe but a lot more beef and thought out — a bigger sound overall.

Schaaf: When doing the first (album), Neil Young, Velvet Underground, George Harrison, I was in a big Neil Young phase last year when I got into the loud screaming guitar for a little bit.

Schaaf: The one that’s the happiest is “I Want Yr Love” because it was one we hadn’t played live at all, we were just gonna see how it turned out in the studio and I think we got the exact sound we were looking for.

The Owl Mag: How are you feeling about the tour you’re on right now?

Schaaf: We’ve been on tour for a week or so it’s been great. It’s really cool doing new shows, we’re looking forward to the rest.

The Owl Mag: What are some of the best concerts you’ve been to?

Schaaf: I‘ll always remember Radiohead once in Paris in 2008 or 2009, that was awesome just because they’re a powerhouse live band. Sharon Van Etten, I saw her, that was a great show.

The Owl Mag: What is the weirdest thing to happen at one of your shows?

Schaaf: Once we were playing in Toronto and the electrical set-up was really weird. There was constantly a radio station playing through the speakers. Sometimes bizarre things you can’t control just happen.

The Owl Mag: Which part of making music do you enjoy most — the crafting of the songs or the actual performance?

Schaaf: I think the creative aspect, the moment when the song first comes and you work out the arrangements, you’re creating something new from scratch that will represent you forever. It’s also a different kind of pleasure to go out and play songs.