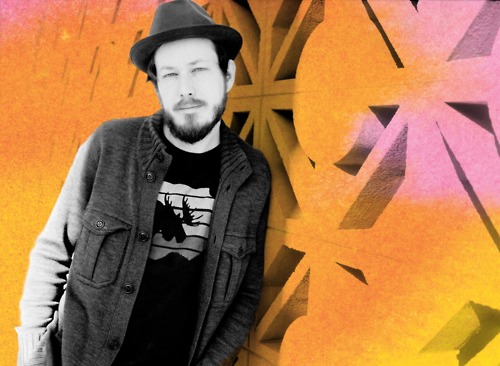 While some people are very opinionated about where their ideas come from, Andy Cabic from Vetiver was reluctant to put a label (besides Sub Pop Records) on his music, leaving his fans to conclude what they will. His ambiguity is par for the course because it leaves the audience to form their own opinion, which has worked out well for the band. Their  fifth album Errant Charm was released on June 14th, 2011. Cabic talked with The Owl Mag about Errant Charm, touring, and why he loves doing what he does.

The Owl Mag: Errant Charm, your fifth and latest album was released mid-June. In your eyes, was it as well-received as you had hoped it to be?

Andy Cabic: I don’t know. My peers and friends seemed to dig it. I don’t try to anticipate them or care whether or not they reflect what I thought they might. But I don’t really know. I don’t assume anything I do will be well received.

OM: Did you accomplish what you intended to do with this album?

AC: The goal I really wanted to have wasn’t a goal; it was more of a matter of process. It was a reflection of a long, working relationship with Thom Monahan my manager. The prior two records I made were done in the studio live; this record wasn’t done that way at all. It started with myself and Thom in his home studio and some ideas, without a full song pulled together, and we just kind of started working on stuff. That’s sort of the difference between the past couple of records and this one.

OM: In the description of Errant Charm on SubPop.com, it is described as some of your “most unabashed pop songs to date.” Why do you think this album has a more poppy sound?

AC: The songs are poppier – those are the kinds of songs I was writing. I don’t really know why, it was what I was feeling at the time.

OM: What are the best and worst parts of being on tour?

AC: The best parts are getting to meet different people in different places and connect with friends that are scattered around the world and getting to play music with my friends who I don’t get to see unless I’m on tour with them. The worst parts would be waiting around, having to eat food you don’t want to eat; there can be lots of bad things but you try to offset them with concentrating on the good things.

OM: What do you miss most from being at home?

AC: Well, my neighborhood, the weather, my friends here, my apartment and all the things in it; the girlfriend.

OM: Who have been your favorite artists/bands to tour with?

AC: I don’t have a favorite. We’re about to go on tour with Fruit Bats and they are some good friends of ours and they’re on the same label as us. We usually try to tour with bands I’m friends with.

OM: Do you have any pet peeves?

AC: No, not any that I would want to tell the world about.

OM: What is your favorite song to perform live, why?

AC: I don’t have one favorite song I like to perform live; it depends on any given night, how the crowd is reacting to us.

OM: Where would you place yourselves on the music scene?

AC: I don’t think that’s my responsibility. I’m a song-writer and that’s how I see myself.

OM: What is your process on writing songs?

AC: It’s different. Usually I’m home and got the room to myself and just spend some time fishing around.

OM: Why do you love being a musician and doing what you do?

AC: It’s really fulfilling. At this point, it’s my livelihood; my whole life is embedded in it. The thing I enjoy about it is the collaborative and creative aspects and the hope that I can improve and find ways of connecting to people through my music.

Vetiver – The Errant Charm from Yours Truly on Vimeo.