Unknown Mortal Orchestra, a Portland-based band with a New Zealand native lead singer makes psychedelic music, awesomely weird music videos, and puts on kick-ass live shows. Their self-titled debut album dropped last June and since then they have made quite a bit of noise, being featured on Stereogum as a band to watch. The boys are kicking off a west coast tour that will end at Sasquatch Music Festival. The Owl Mag‘s Christine Cook chatted with lead singer Ruban Nielson about the bands unique sound, upcoming tour, and partying on a pirate ship. 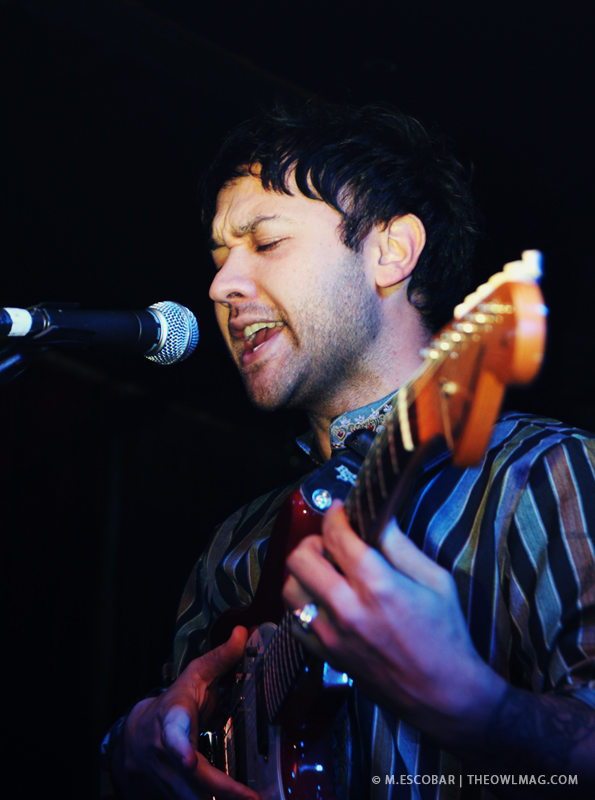 The Owl Mag: So tell us your story, you come from New Zealand but the band is based out of Portland? How did you guys get together?

Ruban Nielson: I came to visit my uncle in Portland, stayed with him for awhile and really liked it. Now I’ve been here for 3 or 4 years, I love it here. My mother’s actually from Hawaii so I’m a dual citizen. She’s a hula dancer, her and my dad met on tour, my dad’s a trumpet player, my mum was a dancer. Jake (Portrait) produced an album by my last band [The Mint Chicks]. I wanted to make a live band and I asked him to play bass. He said sure, and he knew Julien [the drummer].

The Owl Mag: What made you decide to start Unknown Mortal Orchestra?

Ruban Nielson: My other band broke up [The Mint Chicks], and when I came back to Portland I wasn’t really into music anymore. Then I started making music again and put one of the songs I’d recorded online. It went viral, and then a bunch of labels contacted me and wanted me to put a band together so I could play live, and I thought it would be a cool idea. It just kind of happened really quickly.

The Owl Mag: How long have you guys been together?

Ruban Nielson: We’ve been a live band for about a year and it’s been about just over a year and a half since I started recording and writing.

The Owl Mag: Wow that does sound quick. You have a really unique sound, what’s the inspiration behind it?

Ruban Nielson: At the beginning I just wanted to make a psychedelic record. More as a hobby kind of, I was also trying to find a day job. I don’t know, it just went from being this psychedelic record to something with added ’90s hip-hop sounds. It’s a little bit more soul influenced than I thought it was going to be, a little bit more Motown. It just kind of happened.

The Owl Mag: Your video for “Strangers are Strange” just dropped. You have some unique videos, what‘s the story behind some of those?

Ruban Nielson: Usually the way the music videos come together is people reach out to me or I meet people at shows, directors and stuff like that. Mostly I give them a really vague idea of what the band is about and then let them do whatever they want. I haven’t rally contributed many ideas to any of the videos because I don’t spend much money on them, so the thing the directors get out of it is creative freedom. I guess it’s just about choosing the people you want to make them. I think the more videos there are, the more a theme kind of develops, which I think is cool.

The Owl Mag: You’ve been credited for great live shows, what do you like about performing live?

Ruban Nielson: I like being able to get the reaction of the crowd, it’s kind of communal. With a record you don’t really get to see people’s reactions, but live you can work off of the energy in the room. That’s pretty awesome. Also the aspect of improvisation is fun. It’s kind of nice to go up on stage and know that something completely different can happen. I like that side of it too. We don’t just play a song exactly as they are on a record, we have an attitude about being able to make every show different. We want people to come to the show again and again and have it be different every time.

The Owl Mag: Is there any particular venue you have really enjoyed playing at?

Ruban Nielson: The Great American Music Hall [in San Francisco] was pretty amazing, I really like that place. We played at a cool little rock club in Santa Monica. There’s been quite a few. We played The Fillmore [also in SF] once with Portugal the Man, which was amazing.

The Owl Mag: That sounds amazing. What are you looking forward to about your upcoming West Coast tour?

Ruban Nielson: I’m really looking forward to playing with Girls. I’ve never seen them live but they’re one of my favorite new bands; I’ve listened to their EP a lot. I’m really excited about hanging out with those guys, I kind of look up to them and respect them. I’ve heard that they’re pretty wild and fun on tour, and that’s how we do too.

The Owl Mag: Care to share some of those wild tour stories with us?

Ruban Nielson: We’ve done a bunch of different things. In Paris we played with Casiokids and we all went to a Cumbia [Columbian music genre] dance party on a pirate ship, it was really cool. It’s just kind of like a continuing thing like that. Actually a lot of it is hard to talk about because what goes on tour stays on tour… Everything I’m thinking of I’m thinking I probably shouldn’t say [laughs].

The Owl Mag: It’s probably a good thing to keep some of that stuff under wraps. So are you stoked to be playing at Sasquatch in May?

Ruban Nielson: Yeah, saw a picture of the area. It’s going to be amazing and I’m really excited.

The Owl Mag: Awesome! We’ll see you there.