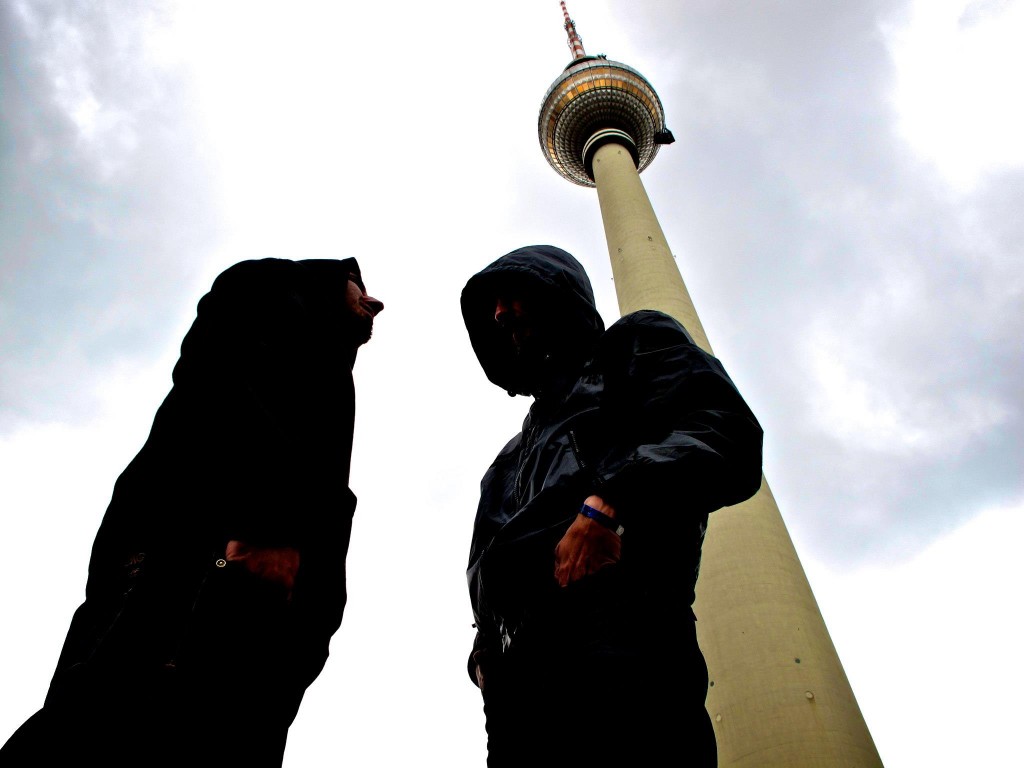 Producing gloomy lo-fi electronic landscapes with an array of gadgets, the Barcelona duo of The Suicide of Western Culture has been making noise throughout Europe. With their eyes set on global dominance, the analog duo recently toured America including a performance at SXSW. We caught up with the analog duo backstage at FYF Fest in Los Angeles to talk about their influences and the meaning behind their ominous name.

The Owl Mag: How did you guys meet?

The Suicide of Western Culture: We used to play in hardcore bands, but then we changed completely when we started to listen to electronic music like Aphex Twin and Plastikman. We lost contact for about 8 years, but then we reconnected over the internet when he saw a photo of me in the newspaper with his equipment.

The Owl Mag: When did you start making electronic music together?

TSoWC: When we met up again it was simple. I am good with production, and he is good with experimenting with sounds live so we’re a good team. The beginners of electronic music have influenced us, but now the second generation of artists must touch something. We make music with guitars, foot pedals, gameboys, or anything else we can get our hands on to make sounds like Fuck Buttons or Holy Fuck.

The Owl Mag: So what is the meaning behind your name?

TSoWC: It’s really not political. Have you seen the film Trainspotting? The main junkie guy has a moment of clarity one night in a club when he is looking at the young people of our generation taking all these drugs, and he says, “We’re fucked.” We had a similar experience in a club in Barcelona looking at these people and realizing we are them. We are all fucked. The economic and political situation in Spain and here in America says this too. Nothing is happening to improve the future of our generation.

The Owl Mag: What is the difference between performing in Europe and America?

The Owl Mag: What can we expect from the new album?

TSoWC: The new album has more dark moments maybe because of the global crisis. It was recorded and mixed in Barcelona by a guy who works with El Guincho and Delorean. The album is done and it sounds good. We’re excited because we have been playing a lot of shows in different countries and getting more interviews.

The Owl Mag: When is the release?

TSoWC: Not sure yet, but maybe November. “Love Your friends, Hate Your Politicians” is the first single so look for that.