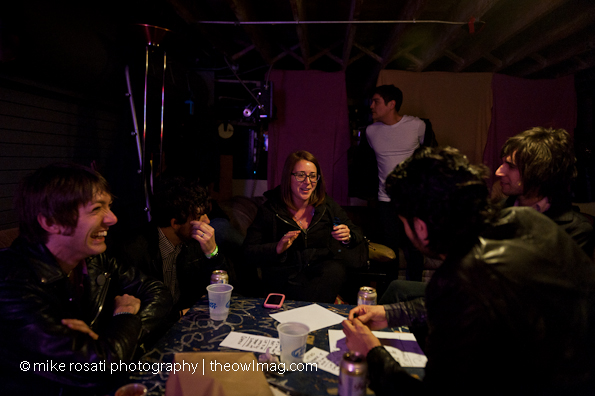 Singer Octavio Genera, guitarist Josh Cook, drummer Joey Bustos, bassist Ryan Noble, and keyboardist Aaron Eisenberg took a few minutes before their set to teach Justine how to use the her phone and then to talk about San Francisco’s 49 mile scenic highway, traveling down to South By Southwest and the movie Like Crazy which was sponsoring the concert. 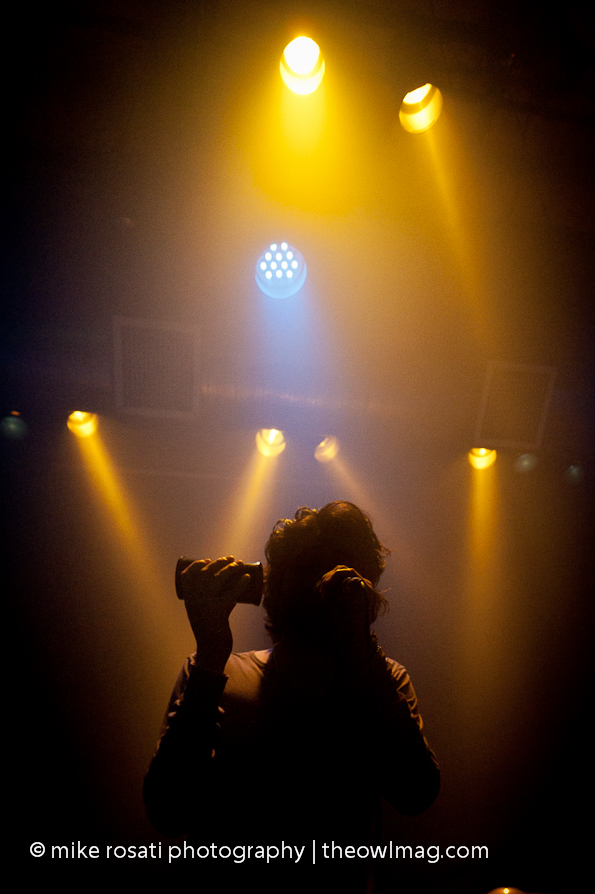 The Owl Mag: So you guys are San Francisco-based and I know this because your merch has the symbol of the scenic drive.

TOM: Exactly. And I’m also new to San Francisco, so I want to know, what’s your favorite spot along the 49 mile scenic drive?

Octavio Genera: I’ve never been on it.

Joey Bustos: I think I’ve been on 2 miles of it. North Beach is pretty cool, is that part of it?

TOM: You’re supposed to tell me!

Genera: It’s one of those things everyone knows of, but no one really knows.

Aaron Eisenberg: Josh is probably the most geographically versed person…

Josh Cook: I’ve driven it, but I won’t tell you what frame of mind I was in… but North Beach is awesome, Chinatown’s awesome, I think there’s part of the Mission – it goes through Dolores by like Dolores Park.

Bustos: The Presidio kind of?

Bustos: Dolores Park on a sunny day is really awesome. Like pretty much anywhere you go on the 49 mile drive is guaranteed to be awesome. 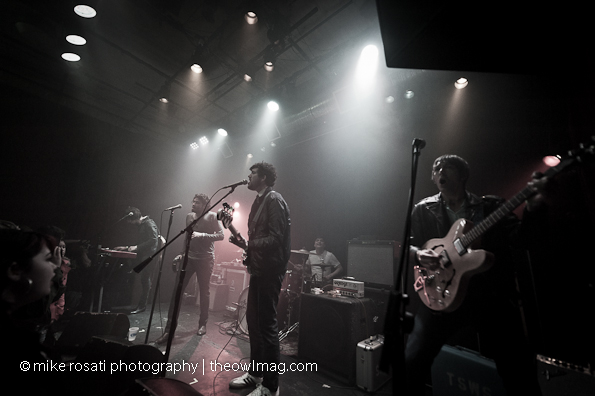 TOM: So more or less, you guys are still kind of inexperienced with the 49 mile drive. And I hear you’re going to South by Southwest, is that also gonna be a first?

Noble: No, that will be a second.

TOM: And you’ve driven it before?

TOM: Any good stops along the way?

Noble: Chico’s tacos in El Paso. We stopped at the Whole Foods in Albuquerque which was incredible because we were sort of stuffed with jumbo jacks and chalupas and doritos.

Bustos: Subway’s like the beacon of hope when we’re out there and it’s not even that bright of a beacon.

TOM: I get it. Trying to be healthy while out on the road.

ssing through Scotsdale, AZ where spring training is going on.

Noble: The A’s and the Giants are down there. The Dodgers are there. There’s a whole bunch of teams.

TOM: So it seems like you have a plan. Chico’s, Subway, baseball. But for the SXSW fans who are making their plans now, why should they come see you?

TOM: Is it more good than the 2,000 or so other bands who are going to be there?

Bustos: We have to believe that in order to do it.

Noble: We enjoy having a good time at live shows and we enjoy the show no matter what and we try to convey that enjoyment to the people who came out to the show. Trying to speak as objectively as possible, I think if I were to see us at SXSW it’d be a pretty fun experience. It’s not just a ho-hum band.

TOM: So, The Soft White Sixties: Not just ho-hum.

Bustos: We’re not hum-ho. Come to the show and see for yourself. We’ll do our best to prove it to you.

TOM: Well, I’m pretty stoked for tonight and I don’t know if you knew, but tonight’s show is being sponsored by the movie Like Crazy.

Genera: I saw that out there, but I didn’t know what it was.

Cook: I saw the trailer and I almost started crying.

TOM: Unfortunately, no. Well… not unfortunately. But, I’m assuming none of you saw the movie?

TOM: Well, the movie is about a couple who met in LA, then one of the characters gets deported to the UK and their relationship goes on the fringe and I was wondering if any of you have ever been in long distance relationships?

Cook: I’ve never heard of anyone getting deported back to the UK.

Noble: Not quite like that, but I was a traveling musician in my early 20s and my girlfriend stayed here on the West Coast and I was traveling around Europe and the states and that was sort of like a long distance relationship, though the distances were changing. It was, you know, pretty difficult. So I could see how that’s something, as a writer, you could sink your teeth into. 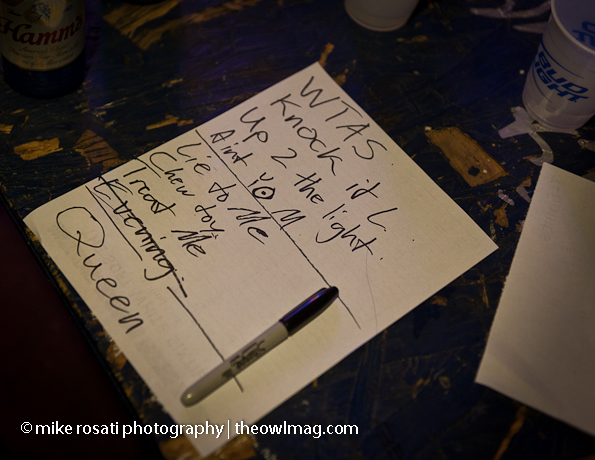 TOM: Yeah, well, they’re sponsoring your show, so you should check it out! Maybe while you’re driving down to SXSW?

TOM: Haha. Not quite, but, the soundtrack was pretty good and when I walked in the door tonight they gave me a copy. Check it out, see any good artists you like on there?

Budos: We played with this band Fool’s Gold here at the Rickshaw Stop.

TOM: Fool’s Gold! Are they Israeli?

Genera: Nahh. They’re Los Angeli, but I think all the lyrics are in Arabic.

TOM: Well I’ll be sure to check them out and I’m excited to be able to say the same thing about ya’ll after this set!

For more pictures of the evening check out the Flickr Set!