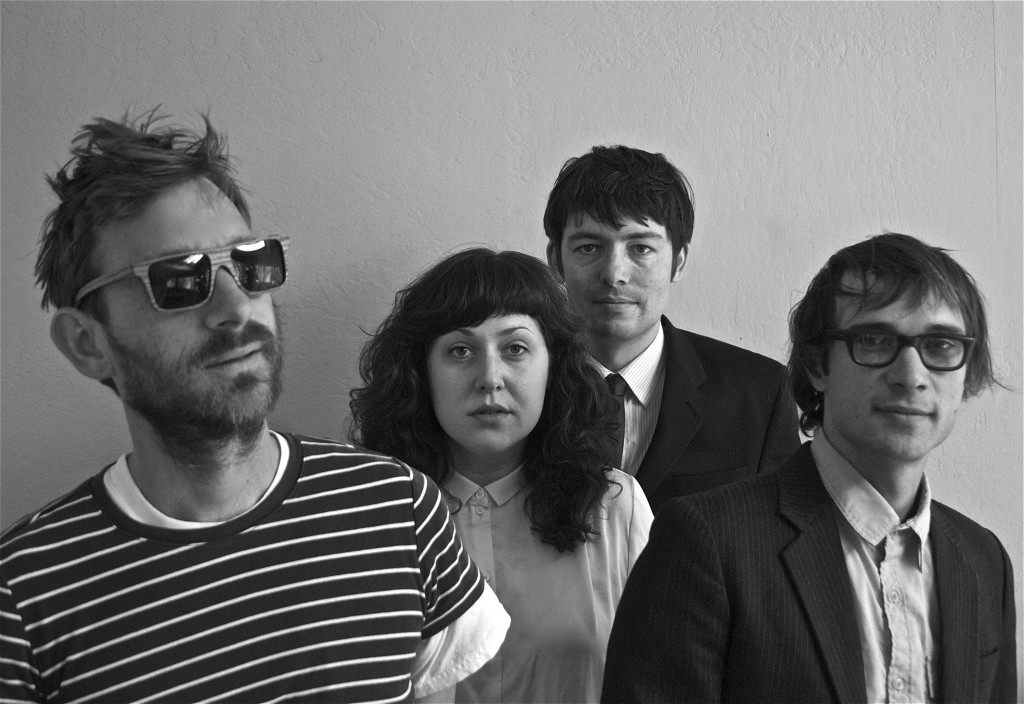 Sonny & The Sunsets have exceeded expectations with their latest album Longtime Companion and are now on tour spreading their bouncy, folky, country-esque sounds all over the states- lucky us! Becoming twangier and more forlorn than ever before, this record channels all the right sounds of country, folk, and rock. Frontman Sonny Smith talked to The Owl Mag about the focus of this album, a lost love from the 6th grade, summers spent attending ’80s concerts, and why he likes “Dried Blood.”

The Owl Mag: You’ve done so many different things, written movies, plays, obviously music, acted, which are you most passionate about?

Sonny Smith: I guess probably music would be my main thing, all those other things are things I’ve dabbled in and not even always been successful at, just things I’ve tried to do without success. But sometimes when it reads on the web it makes me look a little bit more than I might be. I guess I’ve made some plays and stuff like that, but it’s not like they’re on Broadway or anything, so I think music is the main thing. I guess I just have a sort of wandering, meandering mind.

The Owl Mag: What’s your favorite thing about seeing a band live?

Sonny Smith: My favorite is, I like it when you get to see bands mess up and sort of save it somehow, and I always think it should happen more. I think the audience feels this way too sometimes when a band makes a mistake, it kind of makes them feel a little bit more real. Sometimes they can turn it into something more creative.

The Owl Mag: What’s one of your favorite to perform from Longtime Companion?

Sonny Smith: Well I try to take a little tincture of blood each day, and my Omega 369s, haha — but it’s just kind of a honkytonk song. I didn’t think I would write a country honkytonk song, and when we play it, it’s just fun. It’s like “This is different,” it feels more fun because it’s fresh and makes me feel like I got a big belt buckle and cowboy hat on.

The Owl Mag: Could you talk a little bit about the meaning behind the song “Longtime Companion?”

Sonny Smith: Well it’s pretty straight forward, it’s just trying to say, well all the songs seemed to be that I was writing about this relationship that I was in that was for about 10 years and once I saw all those songs, I realized they were about being in a long distance relationship — it just seemed like the right title. I guess it would have been a different record if I named it “Dried Blood,” that would have been kinda cool, I should have named it that.

The Owl Mag: Do you remember your first concert?

Sonny Smith: I do, it was U2 at the Cow Palace, I was pretty excited, I think I was in 8th grade. That was a great summer, going to a lot of concerts, I discovered concerts or something with my little friend Dewey. My mom was a little trooper, used to drive us. I saw a bunch of ’80s bands, Tears For Fears, Franky Goes To Hollywood. Wow, we were really into that stuff. That was a big year.

The Owl Mag: Read any good books lately? What was great about them?

Sonny Smith: Yes, I’m reading a great book, maybe one of the best books I’ve ever read. I’m so excited, I’m trying to read it slowly…I don’t want it to end. It’s Savage Detectives by Roberto Balano. It’s incredible, it’s so romantic, the guy is only 17, he’s so into poetry, going all over Mexico City meeting other poets and other intellectuals, he’s so excited that even when he meets people, he just recites poetry. It’s really beautiful how excited about poetry he is, and words, it’s really incredible.

The Owl Mag: If you could be a superhero, what power would you possess?

Sonny Smith: Well I would just like to be Spiderman. I just saw it in theaters, it was pretty good.

The Owl Mag: If someone told you that this coming tour would just blow all of your previous ones out of the water, and be the best shows you’ve ever performed in your life, all you had to do was wear a bright neon green body suit from head to toe for every show, would you?

Sonny Smith: Haha, well yeah, sure! That’s not a problem, I mean I don’t think I’d wear a neon body suit just for anything, but if it was so that it could be the greatest experience of my life, I totally would.

The Owl Mag: Do you ever get nervous before going on stage?

Sonny Smith: Oh yeah, for sure.

The Owl Mag: Do you do anything to sort of aid that?

Sonny Smith: Probably not the right things. I have a drink or two, sometimes you get a little anxious, you forget to eat, you’re not hungry, you lose your guitar chord last second, or have maybe one more drink than is probably smart. Things of that nature, I don’t throw up or anything like that.

The Owl Mag: Have you ever done LSD, if so, how was it?

Sonny Smith: Alright! Um, I did it once, but I can’t say I loved it. I sort of remember it now that I’m thinking about it. When I was in high school we did mushrooms a lot, that was more the NorCal “cool” thing to do. We did that a lot. Not a lot like in actuality of it, but it was kind of around a lot. A lot of people did acid, but I don’t know, I kind of remember not really loving it. Shrooms were maybe a little less intense. I wasn’t a big huge drug consumer, but I always remember acid or shrooms or a really intense, way too good stog was always a little too much for me — made my thoughts race a little too much. I’m more on the mellow side.

The Owl Mag: What are you looking forward to most about this tour, any certain cities?

Sonny Smith: Well I like most of them. Some cities are harder than others for me. And if you hit Montreal on a Tuesday, it might be kind of hard to get a lot of people together. But Portland and Vancouver, and we’re going to Chicago and New York, is always sort of the most fun I think.

The Owl Mag: Do you remember your first date? Was it awkward?

Sonny Smith: Well date, I don’t know if date was the right word. Well, my first romantic experience. I remember the very first sort of thing which was I got off the bus and there was this girl from the neighborhood I didn’t know too well, Capri Martines. She was standing there when I got off the bus as if she was waiting for me…and then we just very naturally and silently walked together toward where we both lived, a mile away. We walked for a long time and then we got to where the fork in the road where her house would have been down one road and mine down the other, and we stayed at the fork in the road for a long time…and then we kissed. Then we went out toward my house and went into my house, I was all excited for me in that stage, like 6th grade. We were in my room, very scary, and then I think she was maybe a little more advanced than me in the area and she took off her clothes, and I was so scared, but I hid it. And then we kissed and it was amazing and then I heard my parents coming home in the driveway and I panicked, and I had a baseball game, a little league game. I said “oh my god, I gotta get to my baseball game,” and we ran out of my house and went through the yard so my mom wouldn’t see us. I got on my bicycle, and put on my uniform while I was riding my bike. When I got to the field, the coach said the game got cancelled because they didn’t have enough players. I looked for Capri the next weekend, but her parents took her to LA, it was really sad. I gotta find her.

Download Sonny & The Sunsets’ “Pretend You Love Me” below for FREE: