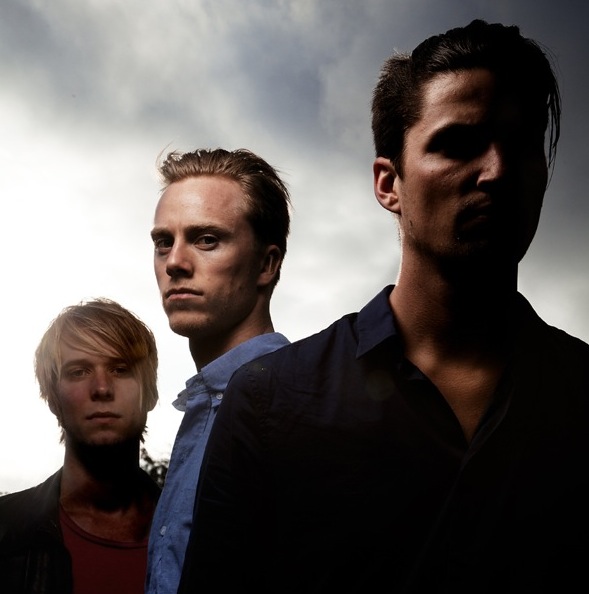 Simon Says No! made an appearance at this year’s SXSW, which caught our attention. The Oslo-based group is now giving The Owl readers the chance to get to know them a little better! Formed in Bergen, Norway in 2006, Simon Says No! has since put out two albums, including their debut LP Ahoi de Angst (2009) and a self-titled full-length album, released in the Spring of 2010. Upon first listen, you might be caught up in their 90’s shoegazer revivalist feel, but Simon Says No! fills in the fuzz with a strong rock elements and catchy pop hooks.

The Owl Mag: What was the inspiration behind the classic film montage video for “Cut-Off Orange” available on your website?

Rolf Helle Mathiesen: The Cut-Off Orange video is made by former bass-player Sturla Brandth Grøvlen, who now works as cinematographer in Denmark. As he was a part of the band when the track was made, the largest influence is probably the mad vibe of the song. It’s one of the older songs on the album along with Parra Circus and Midnight Romance. It sounds like crazy dancing and war.

The Owl Mag: Of which track are you the most proud of off your most recent album? Why?

Rolf Helle Mathiesen: Needless to say, a hard choice to make. “Solitary Rush”, “See Me Through” and “Reversed” would be my top three. If I have to pick one right now, it would be “Reversed.”

The Owl Mag: Which song do you most enjoy playing live? Why?

Rolf Helle Mathiesen: I love playing both “Solitary Rush” and “See Me Through” live. The crowd usually seems to like them and I enjoy playing those bass lines.

The Owl Mag: In what city do you have the most fans or the best turn-out for your shows? Why do you feel that this is?

Rolf Helle Mathiesen: We usually have an awesome crowd in both our home city of Bergen and in Oslo, where we all live now. It’s where we’ve played most gigs and we’ve got most friends naturally. Abroad we’ve had best turn-outs in Hamburg, London, New York and LA. Places where people seem to be into our style of music.

The Owl Mag: Do you have any pre-show rituals?

Rolf Helle Mathiesen: We check out local food and enjoy the cities we play. I don’t like all the waiting so I try to arrive just in time to play.

The Owl Mag: Your music is often compared with the classic shoegazer bands of the 90s. How do you feel about this comparison?

Rolf Helle Mathiesen: We love the 90s shoegaze. And you’ll undoubtedly hear that in our music. We didn’t come together with the intention of making a 90s shoegaze band, but it’s a genre we comfortably associate ourselves with. Along with our background from hardcore/punk band Jeroan Drive and plenty of pop music it’s what makes SSN!.

The Owl Mag: Did you enjoy being a part of this year’s SXSW? What other bands impressed you most?

Rolf Helle Mathiesen: We had a really busy time at SXSW this year playing three shows. It was super awesome. We love Austin and SXSW. One band worth mentioning is the danish group Giana Factory. We often end up going to shows we know are good. So I enjoyed listening to our Norwegian friends in Tog, The Megaphonic Thrift, Harry’s Gym, Kvelertak and Datarock.

The Owl Mag: Are you working on a new album? If yes, when can fans expect it? Also, can you give us any hints about the direction/inspirations of the next album?

Rolf Helle Mathiesen: Yes, we are in the making of new music. The format and time of release has not been set. I think it’s still hard to predict the direction. We’re striving to make good melodies on more addictive beats while still keeping a good aggression and edge to it. I’m really looking forward to getting some new music on tape.

The Owl Mag: Your blog seems to indicate that you are “foodies,” do you have a favorite studio meal that gives you inspiration or comfort to keep your creative juices flowing?

Rolf Helle Mathiesen: While working it’s easy to forget about eating. I try to stay away from heavy meals and spending too much time indulging in culinary experiences. So fruit, bakery bread, sushi and italian style pizza are my studio nutrition preferences. I enjoy cooking up warm food myself, if there’s a decent studio kitchen. Plenty of coffee and occasionally beer and some good whiskey. And snus – a Scandinavian tobacco.