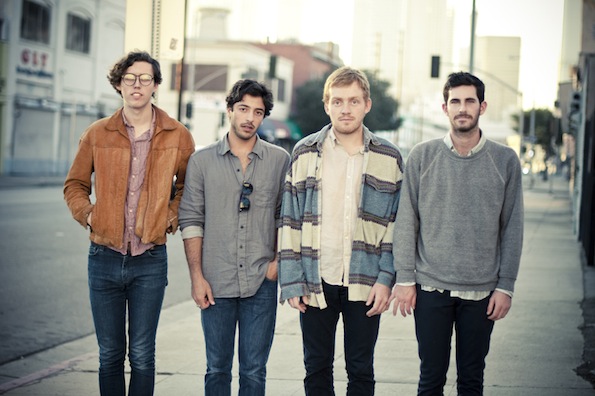 Combining catchy riffs with soulful melodies Chasing Kings are quickly becoming one of LA’s hottest new buzz-bands. With only an EP and a self-titled 10-inch to call their own, Chasing Kings are gaining momentum – fast. Catching his breath after a busy winter of tours and residencies frontman Matt Schwartz chatted with The Owl about their beginnings, Twitter, SXSW and the band’s future. Chasing Kings will be at DiPiazza’s in Long Beach this Thursday, March 3rd.

The Owl Mag:Â Why don’t you tell me a bit about your band, who are the members and what do each of you play?

The Owl Mag:Â How long have you guys been playing together?

Matt:Â Drew and I have been playing music together since we were probably 12 years old. We were little kids. Then three of us were playing together for a while – a couple years – but then we added Mike into the group. That was about four and a half years ago so four of us have been playing consistently for close to five years.

The Owl Mag:Â You’re considered an LA band, are all four of you originally from LA?

Matt:Â Yeah, greater LA. Drew and I grew up in a tiny mountain community called Lake Arrowhead which is like 90 miles east of the city and then the other two guys grew up down at the beach in Malibu. We all came together through a series of moving parents and things like that.

The Owl Mag:Â Where was the first show you played together as a band?

Matt:Â The first show we played together was at The Whiskey A Go Go. Myself, Nick, and Drew had been playing around a little bit and then when Mike, who is the youngest member and bass player, got added to the group we played at The Whiskey.

The Owl Mag:Â How did you come up with your name, Chasing Kings?

Matt:Â It was kind of a long debated thing. We were really obsessed with this Elliott Smith song called “King’s Crossing” which is on the last record that he was working on and we were really hesitant about including the name “kings” in the band and it’s been quite apparent that that’s been a very popular name in the last two years but I don’t know it just sort of… I don’t even remember where we got “chasing” from but after we put the two words together it just sort of seemed to make sense for what our music was about and what we we’re doing.

The Owl Mag:Â Describe your band in five words. 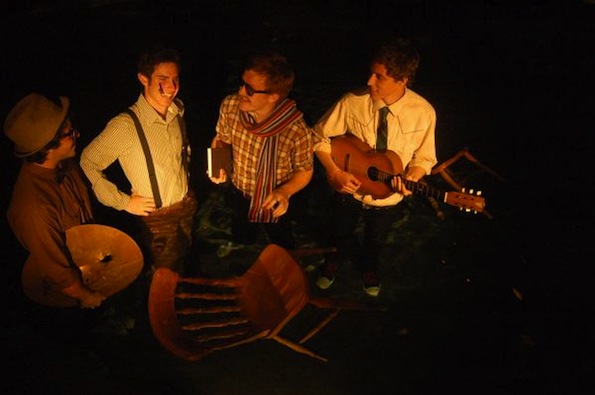 The Owl Mag:Â You have one EP: The Current State of Our Future & then two songs available on Bandcamp. Are you working on any new material?

Matt:Â We are, yeah we’re trying to slowly put together a full record. We’re gonna record two songs at a time and see how things go. We’re still funding everything on our own and it’s been a little difficult to fund – to make a full record at once, but yeah we are working on things.

The Owl Mag:Â I was looking at your website and I see you have a couple shows coming up. You have one in Long Beach this Thursday then you go from Phoenix then to Utah. Are you doing anything in between?

Matt:Â We were planning to tour in and out of “south by” [SXSW]. But now it seems we’re not going to go to SXSW and so we might try and find some sort of house parties along the way but yeah it is a bit random and those shows just kind of stuck.

The Owl Mag:Â That was my next question, if you were planning to head out to SXSW.

Matt: It doesn’t really seem like it’s the right decision for us right now. I mean we had a fantastic time last year but it takes a lot of resources to go down there and play for people and we want to focus on making a record.

The Owl Mag:Â If you could choose any band to tour with, big or small, who would it be?

Matt:Â For some reason we have this gigantic fantasy to tour with Wilco even though our music may not be precisely in line with them I just feel like they bring these energetic crowds that don’t really exist in big shows like that. I think that’s a dream type situation.

The Owl Mag:Â What are you listening to?

Matt:Â We’ve been listening to this guy Patrick Watson a lot, he put two records out. He’s fantastic. This other songwriter, Mike Bones. Simon Dawes – I think we’ve listened to that record… since it came out in 2006, I don’t think any of us have gone more than probably five weeks without listening to it. Tons of Spoon. Imperial Bedroom from Elvis Costello.

The Owl Mag:Â Where can people find your music?

Matt:Â We just got a brand new website so we’re happy about that, in the digital format or they can order physical copies if they’re into that.

The Owl Mag:Â Is it available on iTunes or Amazon?

Matt:Â Yeah it should be on both, our EP at least.

The Owl Mag:Â Who does your Tweeting?

Matt:Â Oh… our tweeting is definitely taken care of by Drew. Yeah, he is our Tweetmaster.

The Owl Mag:Â Ah, he tweeted today that he was ding-dong ditching… so he just got busted.