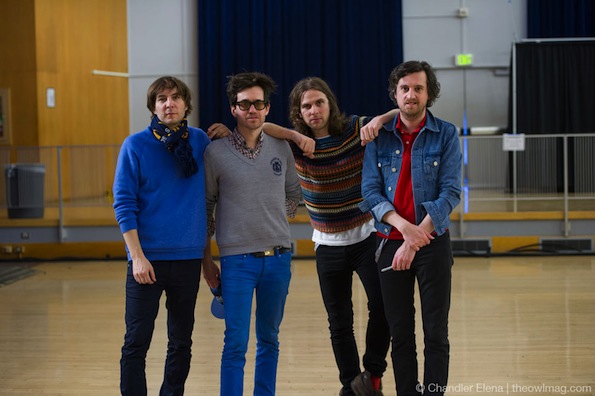 This year has been indisputably significant for independent music, and French pop maestros Phoenix have not been sitting it out. Before releasing their fifth full length, the indefatigable foursome commanded a headlining slot at Coachella, played Saturday Night Live, and announced a deluge of local and international tour dates. Their latest music video made in partnership with The Creators Project garnered over a million views in a matter of weeks and the band is set to return to the states this fall for another round of US shows. We caught up with guitarist and keyboard player Laurent “Branco” Brancowitz to talk about the new record, the group’s beginnings, and some unanswered trivia.

The Owl Mag: Hello Branco, thank you for chatting with us this morning! So where are you calling from right now?

The Owl Mag: Oh, alright, so you’re at home. Are you excited for your string of festivals coming up? I know you have Lollapalooza, Oshega, and Outside Lands.

Branco: Yeah, we are really excited, actually. It’s been a long time since we left the US for two months and we”re happy to come back. We love Lollapalooza, it’s always amazing. So we are excited, for sure.

The Owl Mag: Is it difficult to play a lot of large shows like festivals back-to-back without any breaks in between?

Branco: The answer is no.

The Owl Mag: I wanted to ask about the new record. I have heard [vocalist] Thomas [Mars] say that you were most involved out of everyone in the band in creating the artwork for the album’s cover and it was supposed to be like a stock image of a peach ready-made for corporate distribution for printing on labels, yet it’s a rather random thing to choose and it’s on a blank background with no words and no description. And then in contrast, the first teaser that you released for your record was a mildly painful, neon, seizure-inducing video that also boldly flashed both the name of the band and the name of the album. I was wondering how you arrived at creating these kinds of ideas, this contrast between trying to sell yourself and also trying to hide away from the success that you earned with your last record?

Branco: It’s a very good question. I never thought about it as a way to hide, but maybe actually you’re right. It’s always been the case that we have been fascinated by things that do not have the statures of art. Things that are below art or things that are in another category. I don’t know why, but I think they have some power, a different kind of power that is more attractive to us. For instance, I really love political posters, those moments where the artist is doing something not with artistic ambition, but with historical ambition or social ambition. I don’t know why, but I feel a lot of times an artwork is in a very safe and controlled box, whereas when you make something that is outside of it, suddenly it”s more dangerous, more exciting in a way. It is more that these are the issues we have than hiding behind something that was a total abstraction or whatever. 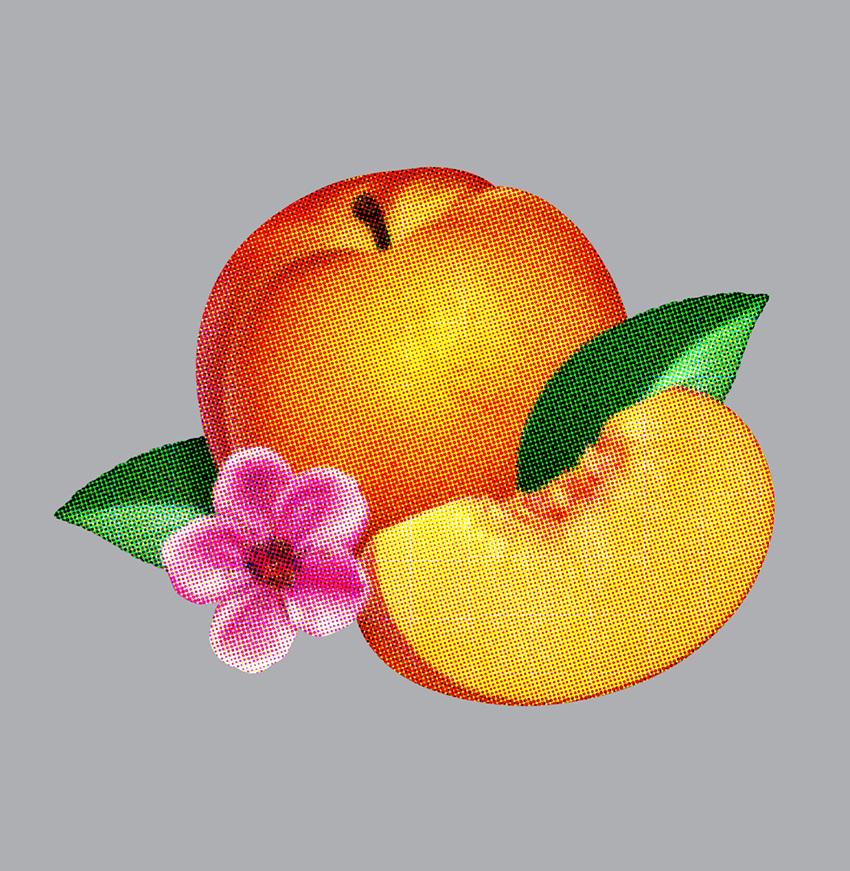 The Owl Mag: Another thing I wanted to bring up is that you and the rest of the band have mentioned many times that as children and teenagers you were playing in your own homes and basements and recording your own material with no outsiders involved. What finally led you to have the courage to play your first live show with your own material instead of covers, nbso online casino reviews and if you can remember, how did it go?

Branco: Well, actually when we started we didn’t even think about live shows, you know; we thought about records, recording. So even before thinking about doing a live show, we were more into buying a four-track recorder. It was cassette at this time. It’s more that when we had the songs, we felt it was our responsibility to play them. It was pretty hard to find a place where we could do that. But there’s one day in France, the Day of Summer, where you can just play. It’s called Fête de la Musique, like the music day or something like that, where you can go outside and play music in the streets, you know, it’s very loud. Our first show was actually during one of those days. And to be totally honest, I was playing with my first band which was called Darlin’, with the two future Daft Punk members. The rest of the band was playing the same night, my brother and his friends, Thomas and [bass player] Deck [d”Arcy]. We played on the same stage a long time ago and it was the Day of Summer, it was pretty bad. Not something to be ashamed of, but pretty bad. And I have a video of it.

The Owl Mag: We”re imagining that’s never going to hit the internet, though.

Branco: Yeah, no. (laughs) But actually our computer and a few guitars were stolen in our basement, so it could end up on the internet. If we have a wise thief and the thief is a music lover, maybe he will put it on the internet. There’s a small possibility.

Check out “Entertainment” off of Phoenix”s latest album, Bankrupt!:

The Owl Mag: Your brother has said that when you visit particular cities that you’ve already been to on tour, you like to stick to a routine, you like to go to the same hotels and the same restaurants you’ve already been to. And I know that you don’t write music on the road, so as a veteran of touring, how do you keep yourself occupied and involved in your surroundings every time you return to an area you’re already familiar with?

Branco: Well, our life is a life of constant change where every night we eat dinner at a different place, so I think the human brain is not really designed for this constant change of location. It’s true that we have the tendency to go back to the same places. Actually, when we are on tour we don’t have a lot of moments where we don’t know what to do. We are pretty good at keeping ourselves busy. For the moment, there’s a lot of talk about the live show because we have this ideal live show in our minds and we have to make it happen in reality. So that demands a lot of time and energy. I’m sad it does, but it does. But when we have a little bit of time, for us it’s very important to have a day that is not just the normal day of the rock star, well, not a rock star—a touring musician. Because the normal day of a touring musician is really boring, you probably don’t know that, so we put all our energy into making it special, having a life that is still a bit poetic and not just a repetition of the same day like Groundhog Day.

The Owl Mag: It’s interesting you say that, though—that you put so much effort into your live show and dedicate time to it and also that you felt you should be playing your songs live earlier. You often describe yourselves, well, we”ve heard Thomas says this, that you’re very selfish musicians. I mean, that you make music for yourselves and you do it in a way that is going to please only you, but it seems like you really put a lot of thought into what the audience is going to experience. 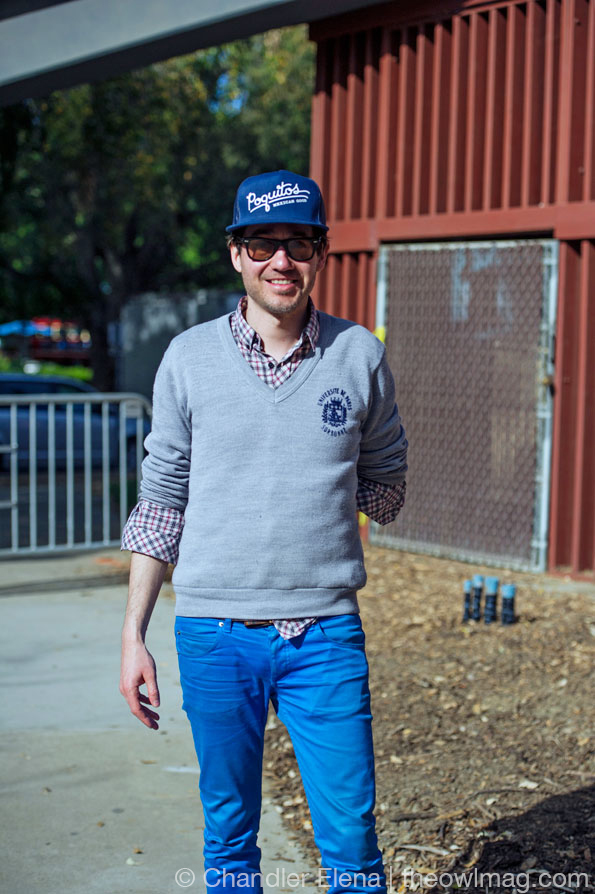 Branco: The audience, without an audience, there wouldn’t be any music, I think. If you’re alone, you wouldn’t do that. I’m not sure you would do any art of any sort, you know. It would be stupid, I think, to do something totally for yourself, but what I think what we’ve tried to do is to do the music that we as listeners would want to hear and not what we feel people want to hear, you know, people in general. When you try to please people in general, it’s catastrophic. You have to want to please a very precise person, but please this person a lot. We have this in mind, this ideal listener. That’s what we wanted to do when we say that we do it very selfishly. That we do it for this unique idealist now that we imagine exists somewhere.

The Owl Mag: Can you remember the meaning of the name Phoenix and why you chose it for your band?

Branco: I think we chose it because it had no meaning. It was a powerful word that was empty enough so that people could project anything on it, you know.

The Owl Mag: Okay, it’s mentioned in “Rally,” it’s in your video for “Long Distance Call,” and it was the release date of Bankrupt!. April 22nd. I know this is an ongoing trend amidst your fan base with people trying to figure out what it means. At this point, are you allowed to say what it means, this date?

Branco: No, of course I cannot reveal it! For sure it’s a mystic day that is very important for us. It’s crazy that people notice this. We thought it would remain unnoticed, but it’s funny that people are actually caring. It’s a lovely idea. But, no, sorry!

The Owl Mag: Is there a story behind why you chose your signature Bullet guitar?

Branco: We bought it in London as a spare guitar, actually. We needed a guitar just in case for live shows and we just bought it. It’s a very cheap guitar. I don’t know why, but suddenly, I fell in love with it. Maybe because it was pretty inexpensive and also a model that was too unprofessional for professional musicians to use. I felt suddenly a personal responsibility. I mean it’s like when you go to a pet shop and you want to buy the most beautiful cat, and suddenly you go there and you see this little cat that’s missing one ear that has no pedigree or whatever and suddenly there’s this evidence that’s your cat that you have to take care of—this particular one, maybe because it’s weaker, less beautiful than the others. I don’t know, but it’s a feeling of elegance. And also it’s a very good guitar, it plays marvelously. My brother has a very expensive guitar and I think mine sounds better. It was maybe $300, or whatever.

The Owl Mag: Well, Branco, I think that’s just about all the time we have! Thank you again for taking the time to speak with me today and I wish you the best of luck with your upcoming shows!