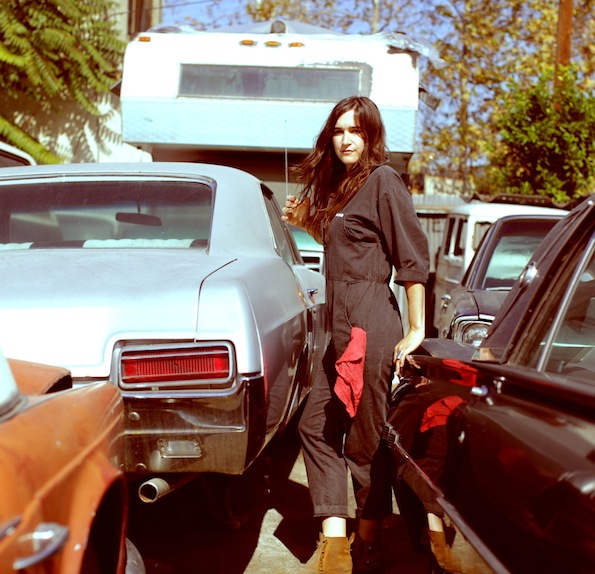 As the title of her debut album Automechanic suggests, Los Angeles-based artist Jenny O. likes to take matters into her own hands. A couple of years ago, she looked to Kickstarter to fund the release of her debut EP, Home. As cliché as it sounds, the old adage of “hard work pays off” has never sounded so appropriate in regards to Ms. O. So far, it has led to her songs being featured in TV shows, commercials, and a spot on the Revival Tour that featured Chuck Ragan of Hot Water Music and Tim McIlrath of Rise Against fame. And it doesn’t hurt to have acclaimed producer/musician Jonathan Wilson as a buddy. Jenny O. kindly took some time to chat with The Owl Mag on her latest happenings.

The Owl Mag: How do you feel you’ve matured as an artist from your Home EP to Automechanic?

Jenny O.: The EP was a few demos, but I saved all the Automechanic songs for the full-length with a real producer. I grew a bit between the two records, but I think it’s got more to do with social skills than the songs.

The Owl Mag: You’ve mentioned that “Lazy Jane” is an R&B song. Was that intentional or did that happen organically?

Jenny O.: That’s natural. I grew up on soul music and some of my songs have that in them.

The Owl Mag: How has the environment and culture of Los Angeles influenced Automechanic?

Jenny O.: Well I met Jonathan Wilson in LA. I think I had an opportunity here to be around some really great artists and dynamic people, and that certainly raised a bar for me in terms of art and effort.

The Owl Mag: What was the recording process like with a full band and Jonathan Wilson as the producer?

Jenny O.: He’s fearless in the studio. We worked quickly and tracked most of it live with me, him, James Gadson, and Jake Blanton all playing together. Then we spent a week adding stuff over the rhythm section.

The Owl Mag: What was the idea behind recording on a 2” analog tape?

Jenny O.: It sounds better and feels better. We don’t really like the computer.

The Owl Mag: How is the experience of being on the road with the diverse artists that make up The Revival Tour?

Jenny O.: Amazing. I could spend a week analyzing this, but I haven’t had a week. It was deep and humbling. There are parallel worlds all around us.

The Owl Mag: Tim McIlrath has described the Revival Tour as “communal” and that it’s “out of his comfort zone.” Has this experience taken you out of your comfort zone? How has participating on this tour different from your previous tour experiences?

Jenny O.: Yes it definitely took me out of my comfort zone. I had to alter and curtail my set to connect best I could with kids who listen to Rise Against or Chuck Ragan and have never heard anything like me. Not having a Telecaster or being able to groove at volume took my arsenal away. It was a nightly challenge to stand among those guys with an acoustic guitar and a soft voice. Challenge is good right? I am at the ready.

The Owl Mag: What’s the one takeaway that you’ll remember from being on this tour?

Jenny O.: My first tour on a bus, the pleasure and ease, the waste.

The Owl Mag: What are your plans after touring? Are there any collaborations in the works?