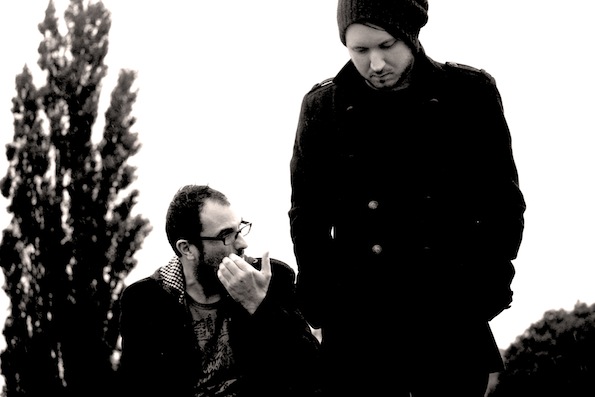 Twilight Saga churns out not only blockbuster movies but also undeniably amazing soundtracks featuring lesser-known artists just waiting for their break to be introduced to the masses. The lastest being UK’s own Iko comprised of Kieran Scragg (vocalist/guitarist) and Neil Reed (pianist). The duo have been making music together since 1999 resulting in 2 full-length albums and 2 EPs, all eerily beautiful in their own right with Scragg’s silky vocals and Reed’s piano love-making. Scragg chatted with us about how Iko landed the beloved Twilight spot, their lastest EP, Dazed & Confused, and a new album on the horizon.

The Owl Mag: With the release of The Twilight Saga: Breaking Dawn Part II many are discovering Iko for the first time. Mind giving us a bit of background about the band.

Scragg: Well Neil and I have been lifelong friends. He always used to come to my first band’s gigs. I started writing songs with him and we formed Buffseeds who were signed and toured the world. Once that disintegrated, naturally as we all went our separate ways, Neil and I wanted to carry on. We’d written the spine of an acoustic album during our downtime from crappy jobs and we wanted an equally melancholic band name, so we chose Iko. We’ve had various songs placed in TV and film, and we’re now recording our third album.

The Owl Mag: Your EP, Dazed & Confused, was just released. So you’re already working on a third full-length?

Scragg: Yeah, the new album is a full-length LP called The Victory Hall. It will be out early-ish next year.

The Owl Mag: Congratulations for making your mark on the worldwide blockbuster Twilight saga. How did it come about that Iko was selected to be on the soundtrack?

Scragg: I believe they call it luck. We submitted our track like everyone else. In fact, we wanted it so badly we sent the music supervisors several songs after finding out they were taking submissions for it. I’ve always enjoyed the movies so we kinda knew what sort of songs were being used, so we simply tried our Iko slant on that. Thankfully for us music supervisor, Alex Patsavas, and the director, Bill Condon, loved it, so it got chosen.

The Owl Mag: Did you ever think you’d be sharing soundtrack space with Green Day? How’s that feel?

Scragg: It’s a little surreal. I grew up learning to play guitar to Dookie. We waited like everyone else to find out who was on it with us. Everyone in and around the soundtrack seemed to be equally excited about making the cut. It’s a little like being nominated for an Oscar or something. All my friends are going crazy about it as most of them love Green Day. Personally I’m pretty stoked about being on an album with Christina Perri too because I think “A Thousand Years” is a phenomenal bit of songwriting. And she’s cute of course.

The Owl Mag: How’s the reaction been from long-time fans, those “diamonds” as you call them, Kieran?

Scragg: They’ve been so sweet. Even the people who would keep to themselves have all come out and said how happy they are for us. Our fans have always been close, a little like extended family so many of them have watched us for years and years. I’m just glad we’ve been able to repay their faith in us by actually doing something significant for once!

Scragg: Well as of Twilight, we kept writing. “Heart of Stone” felt good, so we submitted more songs because we wanted it that badly. Then that process continued and Neil and I naturally carried on and pretty much wrote the album. It’s true that Twilight has freed us up to make the record we’ve always wanted to – so in that sense, yes D&C is reliant on Twilight having happened, but we wrote and wrote anyway. It’s definitely true to say if “Heart of Stone” had not been placed, there wouldn’t have been a third Iko record. We were clean out of money!

The Owl Mag: How would you compare Dazed & Confused to your last record, Ludo Says Hi?

Scragg: Ludo was quite intense. I guess we’re writing with a more accessible mindset. Ludo was born out of a real darkness too, which made the whole process pretty draining. Whereas the new stuff is feeling lighter, thoughtful, but more confident in itself. Twilight has given us a confidence and a swagger. It’s like we’ve been freed up to write without fear that no one will hear it.

The Owl Mag: When you’re writing music do you draw inspiration from any other bands?

Scragg: Of course, we had a joke in the studio about making a certain song sound like X without actually sounding like X or referring to X. Sean [Genockey, producer], Neil, and I have a shared love of all things musical so it’s a very natural thing for us to sit down and go, ok, so the piano from this – how do we get that kind of piano, but then apply the Iko formula to it, to make it sound like us.

The Owl Mag: Will you be doing any kind of tour to promote Dazed & Confused? Can we expect to see you in the US? (Please say yes!)

Scragg: We want to be in the US as soon as we can. I believe the movie placement is going to enable this. The times we’ve played the States, they were some of our fondest memories, so we’re desperate to get back.

The Owl Mag: Before Iko was Iko, Iko was Buffseeds, which had a following and gained momentum in the music scene even playing at New York’s CMJ and being featured on Grey’s Anatomy. Do you feel that Iko is a more mature chapter of Buffseeds or a completely different band with a different direction and sound?

Scragg: It feels like a different lifetime. It’s hard for us to judge. I guess Iko feels more grown up because that’s what we are now. We were practically kids when Buffseeds started to take off and you change a lot during your teens and twenties. That said, when Neil and I are together, we often act like 13-year-old boys, so maybe not.

The Owl Mag: If this was the very last interview you could ever give, what lasting impression would you want to leave your listeners?

Scragg: That we sing and write from the heart. There’s nothing worse than being fake and we have no ambition to be fake at all. If you come away from listening to us feeling a little like you know us, understand where we’ve come from, and connect with it, then we have done our job.