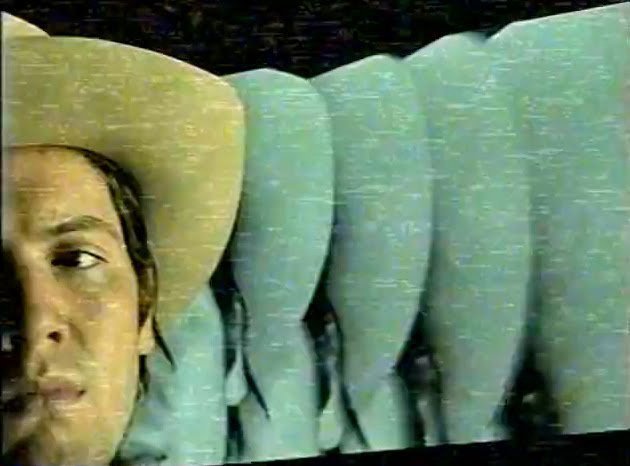 We sat with Blake Mills in between sets on the second day of Governors Ball 2012. Fiona Apple’s guitarist and certified solo musician in his own right, Mills discusses his songwriting process, his girlfriend’s rising band Haim, and a mysterious upcoming trip to Cuba.

The Owl Mag: When did you first know that music was something you wanted to explore in your life?

Blake Mills: It was my first hobby. I used to skateboard a lot, and it felt more like a social activity, but music was my first personal hobby. By sixth or seventh grade, I realized that it was all I was doing – and then around ninth grade I had to make the choice between skating and playing music. My friends who kept skating are incredible now – on covers of magazines and stuff, but it’s fun to get together with them to compare and contrast.

The Owl Mag: You used to be in Simon Dawes – what was it like writing with a band versus doing your solo stuff?

Blake Mills: Those were the early days for all of us, so it was very experimental. The main difference is that when you have a song and you bring it to somebody else in a co-writing situation in a band — after that, whatever happens, it feels like it’s finished. When you’re writing by yourself, you question whether a song is done or not. You don’t have that outside perspective enough. The songs I’m writing now have been getting simpler and simpler, and right now I think that’s great, but the next day I may question it whether I’m listening to a Jon Carin record or a Grateful Dead record the day before. Every day it changes.

The Owl Mag: You’ve played with a lot of different bands – Band of Horses, Weezer, Andrew Bird – has any one band had a lasting impression on what you’re doing now?

Blake Mills: They all certainly have. They’ve all been different experiences. In doing that, in playing in other people’s bands, and not being a focal point, has helped me grow up as a person in different ways. This – playing with Fiona – has been the first time I’ve felt like I’m playing with someone in their golden period. I think her writing and her singing on this record is stronger than any other record. I feel like I’m in the middle of it rather than on the up and up. With Lucinda, she was in the same boat – she has a voice in her later years that is just unbelievable, that she never had in the last 30 years of making records. Fiona’s got this record and this band; it’s great.

The Owl Mag: How did you get in contact with her initially?

Blake Mills: I met Fiona through Sara Watkins who I was making a record with a few months ago. Sara and Fiona knew each other through Largo, this venue in LA that everyone goes to. Fiona came in to sing on Sara’s record, and I was producing it and we sort of hit it off.

The Owl Mag: When you start to write a song, are there any specific process you take?

Blake Mills: It’s really informal. My stuff tends to come from playing. Every time I sit down and play, some idea comes out. It’s frustrating because some aspects of the writing process don’t come anywhere near as naturally. But how Bukowski always talked about how you could just sit down and just write with no cerebral filter – for me, I don’t have that. To write the lyrics it’s really laborious and slow. But the music stuff, I’ve been sitting on things that would be great to write songs with – I have plenty of that shit. If I had more of a direct way to turn those into songs… I’m finding out what that process is.

The Owl Mag: You’re based in LA. Do you feel like that’s a great place for creativity and inspiration? People always say Brooklyn is a great spot because there are so many musicians.

Blake Mills: Yeah, it’s the same in LA! Brooklyn is fantastic, but the only thing that LA still has and it’s a bit of a remnant, but all the great studios are in LA, and all the great studio musicians are in LA—and those guys are the best players. Sometimes putting these jam gigs together because you can call on these world-class musicians to just show up. So there’s a definite community down there that you can draw from, there’s a lot of support. I wouldn’t be doing any of the solo shit I’m doing if it weren’t for the encouragement. I would just be playing guitar, and maybe I’d play one or two of them at a get together. But people say do a show!

The Owl Mag: We’re curious, how many guitars do you own?

Blake Mills: I would say more than 10, less than 20. They’re in various states of existence. There’s stuff that I’m building and taking apart.

The Owl Mag: What’s the oldest one you have?

Blake Mills: The oldest one I have is a Harmony from ’54? ’58? I can’t remember. There’s an acoustic one from either ’54 or ’58, but I can’t remember which is which. There’s no shortage of rad gear in LA either. The money that comes in from playing music, I usually try and put toward music, so I have a lot of extra shit.

The Owl Mag: Are there any bands coming up now that you’re excited about?

The Owl Mag: Really? That’s so neat. We love Haim. We saw them in Brooklyn a few weeks ago.

Blake Mills: I think they’re unsigned in the states. I think they’re figuring it out in the UK first. It’s a very exciting time for them. Sara’s record came out beautifully – Sara Watkins – I think she did a fantastic job. I’m still catching up on the old stuff, I’m not as plugged in. Danielle (Danielle Haim) shows me a lot of stuff, she would be able to answer that question better than me.

The Owl Mag: After this tour with Fiona, what’s next for you?

Blake Mills: I’m kind of putting August together now, I may go down to Cuba to do a record down there. I got a call about something going on down there, so I might go down there.

The Owl Mag: Do you have to fly from another country?

Blake Mills: I think so, I think from Mexico, but we’ll see. Maybe don’t put that in print. I don’t see a problem. (Calls to publicist…) “Hey, is there a problem with me saying I’m going to Cuba?” Yeah so I might be going to Cuba for reasons, which I cannot discuss. But I also might not. I’ll have the briefcase attached to my wrist.