Despite unusually chilly weather that plummeted from Outside Lands cold to Treasure Island frigid, thousands of fans took to the Empire Polo Grounds for Coachella 2012. Kicking off our Coachella experience and coming as a highly recommended and necessary part of the festival was Oakland’s own Wallpaper. on the Mojave Stage. Led by the gregarious Ricky Reed, Wallpaper. catapulted through a lively set, blasting through such hits as “#STUPiDFACEDD” and “I Got Soul, I’m So Wasted,” and closing it out with “Fucking Best Song Everrr.” Reed was out and about earlier that morning at the campsites with a handle of booze in his ultra-colorful flowing shorts. After relaying that story, I’m pretty sure everyone wanted to party with Wallpaper. 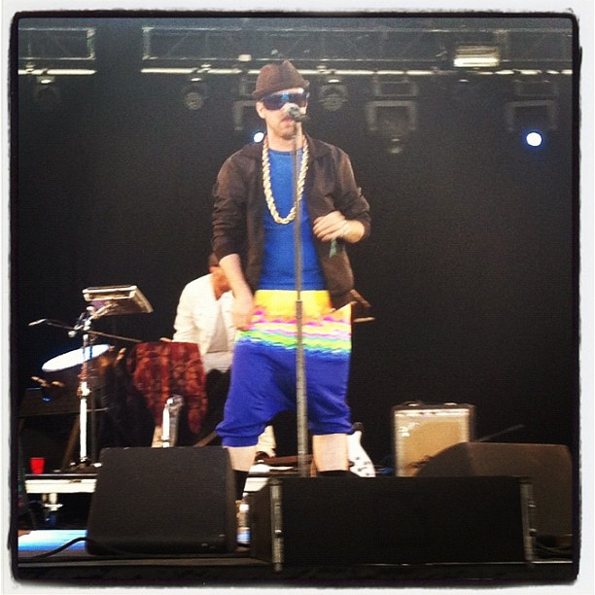 Wallpaper.
British band Wolf Gang was up next at the Gobi Stage, picking up where Wallpaper. left off in momentum. It had only been Wolf Gang‘s second time playing in the Golden State and they were clearly enjoying the experience. The band played from their debut Suego Faults, with sweeping melodies minimalistic enough to never quite get weighed down by excessive grandeur. By this time, the weather was still pleasant in the desert, though rain was imminent as Other Lives took the stage. 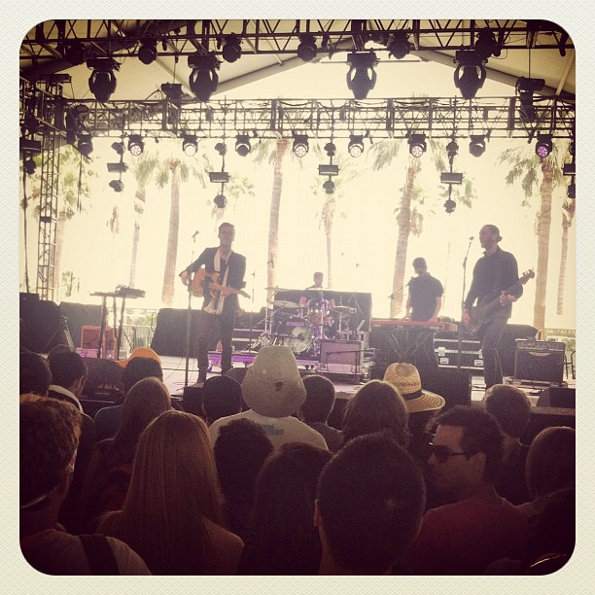 Wolf Gang
The last time this Owl was that lost in a moment of music was when she first caught Explosions In The Sky (who also played at Coachella) at MusicFestNW this past summer in Portland. Other Lives were mesmerizing, squeezeboxes respiring sweet melodies, trading embellishments with violin and cello. Drawing heavily from their critically acclaimed second album, Tamer Animals, the band cemented themselves as a group worthy of headlining their own tour, though backing Radiohead still ain’t a bad gig. 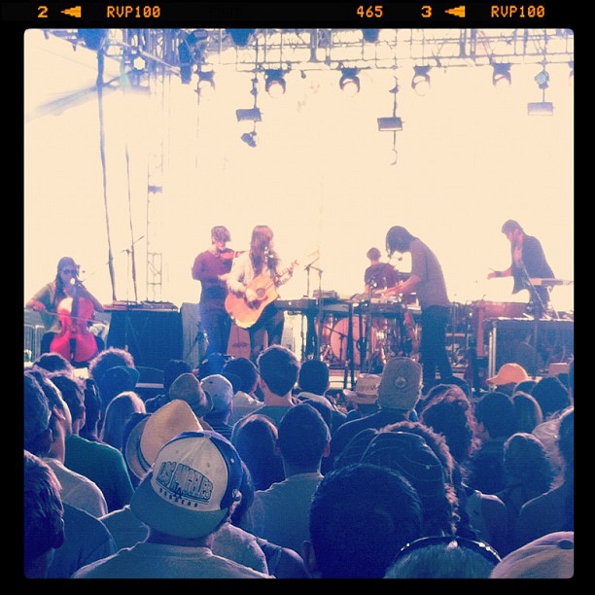 Other Lives
Our first foray into the Outdoor Stage took us to Neon Indian‘s set, which was sadly lacking in sound quality. We found ourselves enjoying the usually impressive Neon Indian so far from the stage, it made me question the hundreds in front of me who were getting the short end of the aural stick. Winds picked up and swirled levels to an unpleasant imbalance. Sound was also an issue for experimental hip-hop group Death Grips, though that didn’t stop the crowd gathered at the Gobi Stage from seriously losing their shit as psychedelic imagery played on both video screens and huge inflatable blobs passed through the crowd and to the stage. Think the insanity of a Butthole Surfers show, only gone aggro hip-hop. 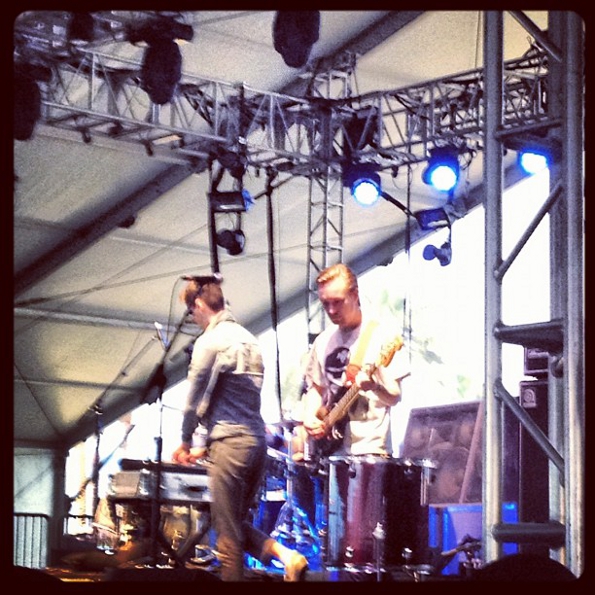 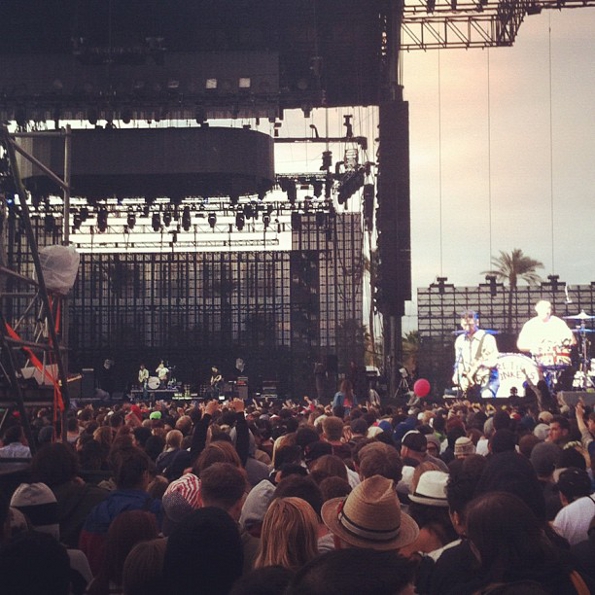 Arctic Monkeys
WU LYF was equally spirited, though this owl had to split her time and leave mid-set as Arctic Monkeys were taking the Coachella Stage. Though incredibly young, Arctic Monkeys are seasoned festival professionals and played a rousing set, including fan favorite “Fluorescent Adolescent.” After a bit of a food break, (to which this owl highly recommends the crab fries or the grilled cheese with mozzarella sticks) we all flew over to see The Rapture. If anything, Day 1 of Coachella was all about dancing and The Rapture was my personal winner for the band with the most boogie. A definite highlight was “How Deep Is Your Love?” off their latest and greatest, In The Grace of Your Love. 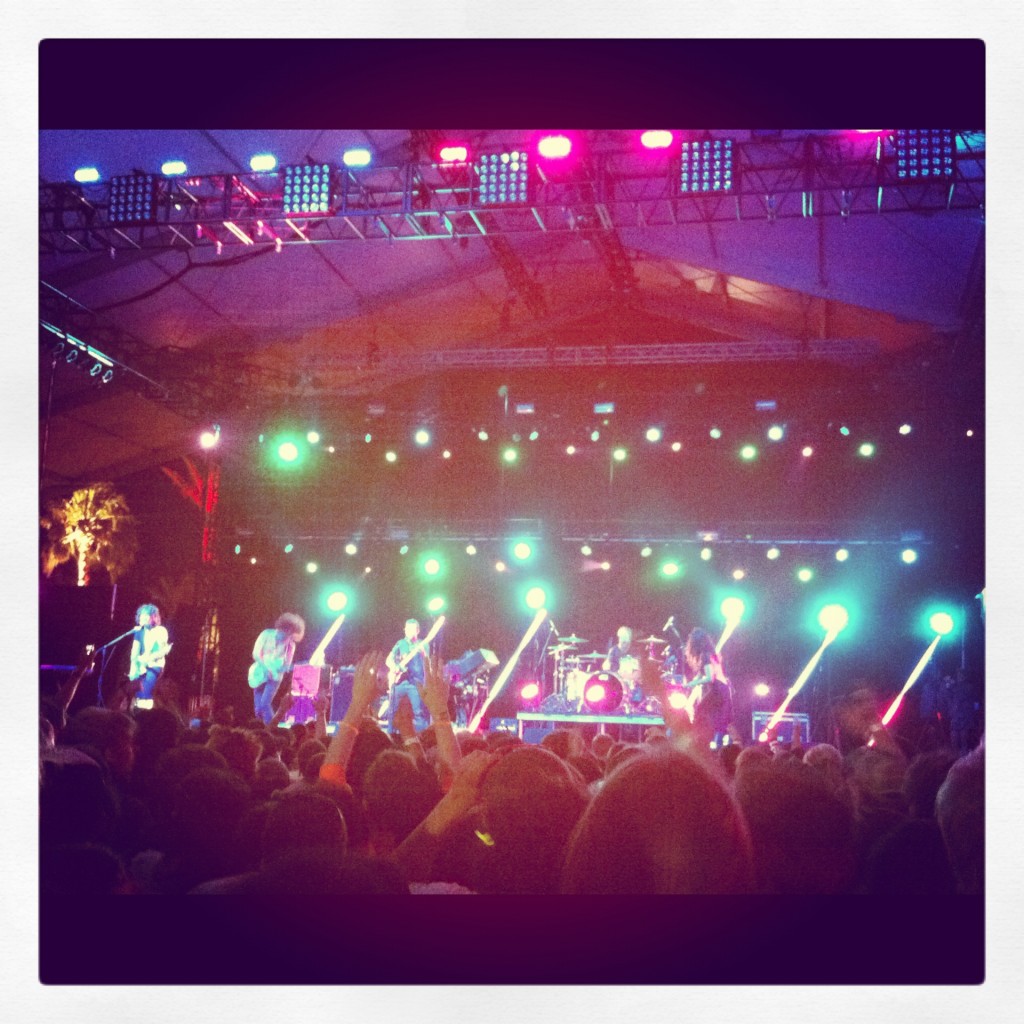 The evening ended for me with M83, who were well deserving of my day one headliner spot. The band’s all-encompassing sound trapped its willing audience with a mix of shoegaze and electronica masterfully orchestrated by leader Anthony Gonzalez. M83‘s been riding high since the release of their critically-acclaimed Hurry Up, We’re Dreaming and their momentum and confidence shows. Despite the ever-quickening wind and drizzle of rain, everything mellowed around the Mojave Stage.