The first two days of CMJ brought us some old faces in new bands and the opportunity for some heartfelt singalongs.

Brooklyn’s Diehard kicked off Tuesday evening at the Rock Shop. They rocked out in a friendly, slightly nerdy, ’90s-influenced sort of way, with a sense of humor (“Die hard – there is is again!” went one lyric) and some sweet guitar solos. 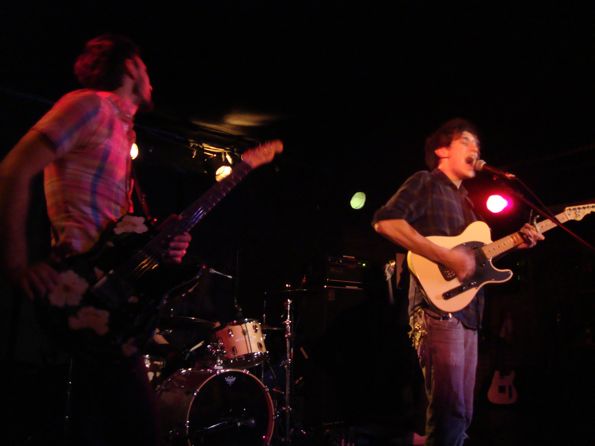 Hailing from Anacortes, Washington, The Lonely Forest made their CMJ debut to a packed room at Mercury Lounge, inspiring impassioned singalongs to their catchy, honest and legitimately moving anthems. 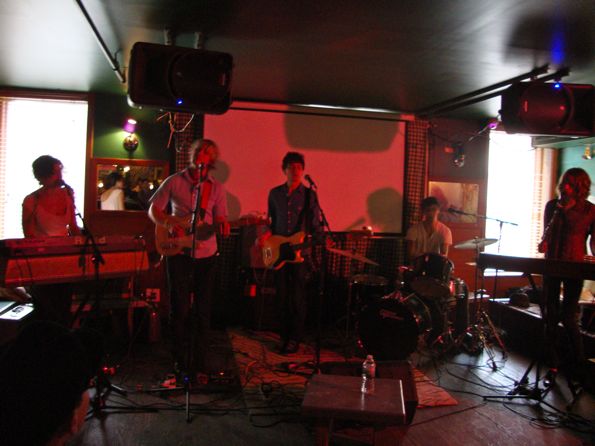 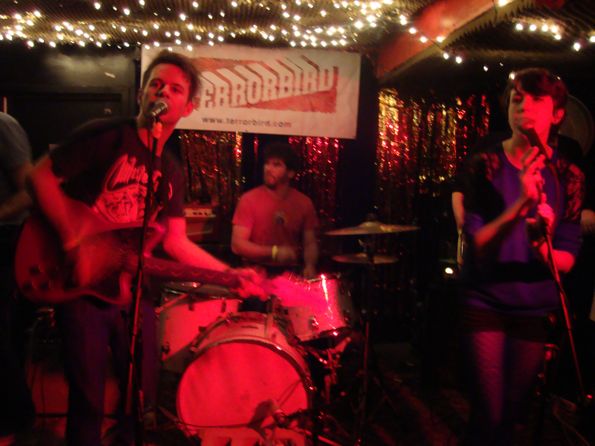 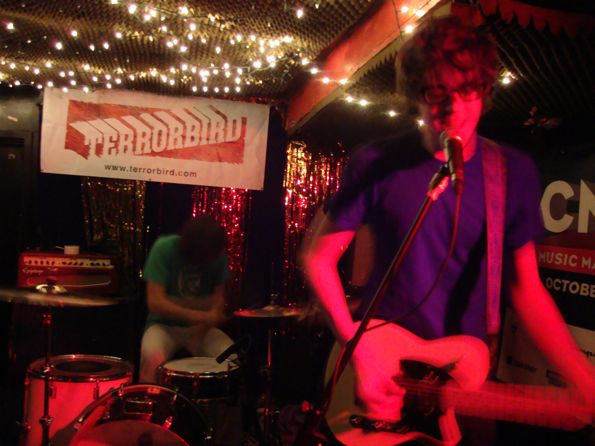 Cloud Nothings impressed with a fast, loud, and incredibly tight set. Some of their songs have strong vocal melodies and sometimes they just rock the instrumental jams (and rock them hard)–in both cases, they’re a blast to watch.

Aficionado‘s set was a highlight of the Kind of Like Records/Property of Zack showcase at the Acheron in Bushwick. Their passionate post-punk has relentless energy, big sing-along choruses, the occasional flute solo, and plenty of dramatic flair courtesy of charismatic frontman Nick Warchol. 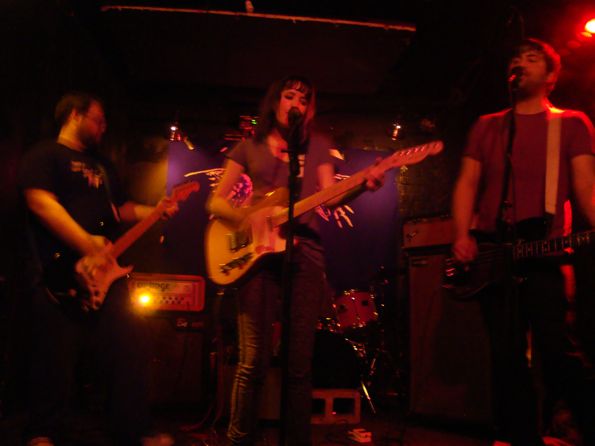 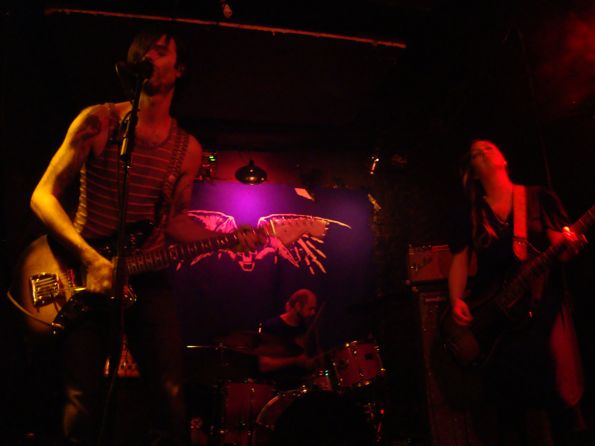 Travis Shettel of Piebald recorded an EP with the members of The Duke Spirit under the name TS & the Past Haunts and recruited a bassist and drummer to play the songs live. This project gives him the opportunity to rock out super hard and play guitar solos with a wah-wah pedal, but he seems to have retained his trademark whimsical lyrical style. “This song is about when your scooter breaks and you have to take the bus home from the bar late at night and there are zombies,” he said excitedly at one point, “…and they won’t kill you, but they are half dead.”