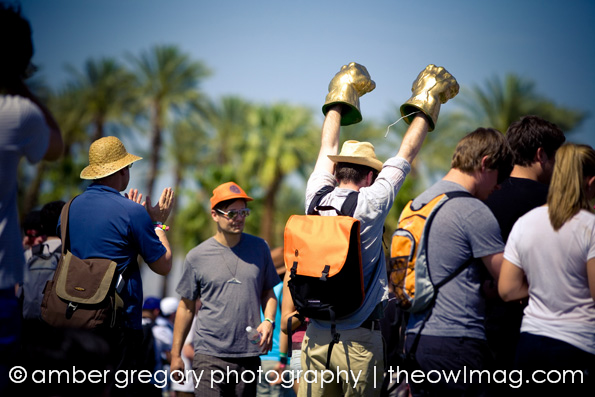 This past weekend, a few shy of 80,000 people took the pilgrimage to Indio for Coachella. With the Tecate for breakfast and the intense heat, you probably missed something. Here’s the Coachella Class of 2011 rundown.

From ballerinas to big white sheets to extreme lifts to pyrotechnics, Kanye West’s closing set was more like an art piece than anything. A clear homage to ancient greek mythology, the twenty-seven song long performance panned out much like an astronomical tragic saga. Running the gamut of his discography, every single song proved for forceful than the previous. Rumors spread throughout the day of possible guest appearances, but the set would have been distorted if Katy Perry or Rihanna had added their vocals. Keeping it simple, Pusha T came to aid during “Runaway” while Bon Iver’s Justin Vernon had the time of his life being feature on several songs, stand out being “Monster.” Kanye’s overblown ego seemed to shrink in an instant when he tearfully stated that Coachella is the “most important show since his mom passed” and expressing appreciation for his fans supporting him. Closing the set with “Power” there was no need for an encore to follow. Kanye West is truly one of our generation’s greatest performers and his passion for what he does seeps through every musical effort he makes. 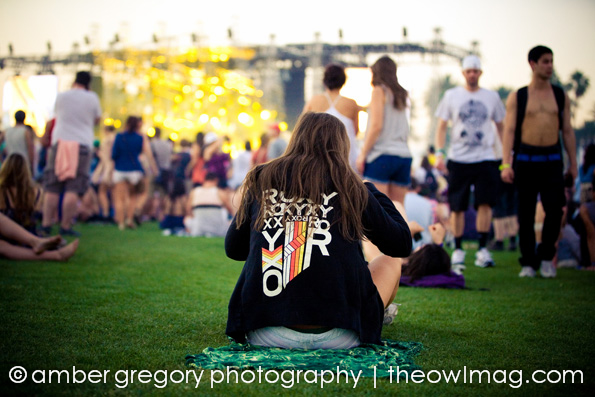 Ariel Pink stomped off of stage exclaiming “We’re not playing anymore songs” to the bewilderment of the rest of Haunted Graffiti. Momentarily he re-emerged to finish the set? No. To roll around, smoke clove cigarettes, and pout on stage while the rest of the band tried to salvage their performance. Ending with an insincere “Sorry, I know you hate me now” before again walking off stage, Ariel Pink pulled a tantrum that is most comparable to when an 8 year old doesn’t get what they wanted for their birthday. 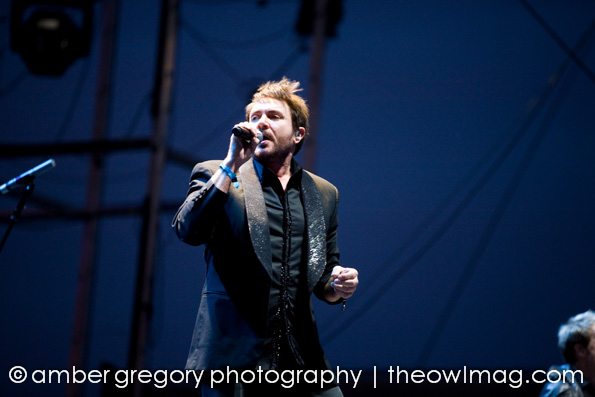 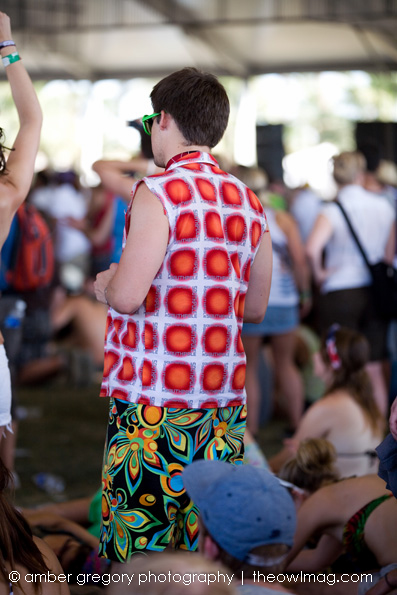 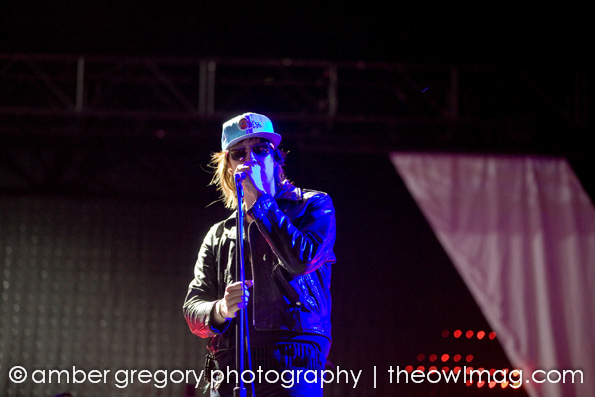 Biggest Let Down: The Strokes

There’s no denying the iconic presence The Strokes have over millennial music, however they’ve seemingly had a steady decline in their live performance over the course of their fame. Going through your typical set list of songs like “Last Night” and “Reptilia” there was no spark that made it any more magical than sitting in your bedroom listening to the tracks from your alarm clock radio, “Juicebox” however proved to be satisfying pulsating. Julian Casablancas fell flat during songs and in between them with murmured lyrics and jaded snarks. New material from Angles couldn’t meet their overproduced standards and fell short compared to the past hits. Even throughout their lackluster set, The Strokes did manage to keep the crowd pleased. 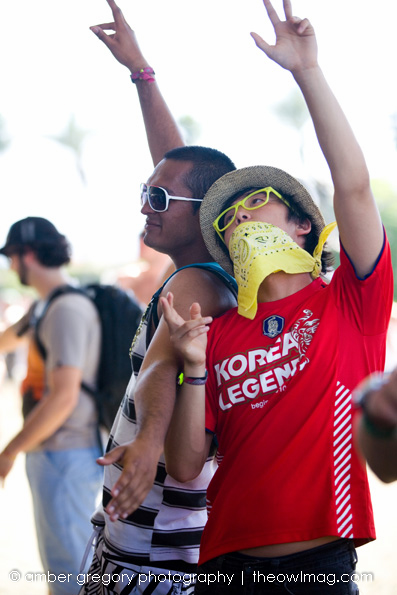 There’s something so fascinating as seeing a band from your city grow into success. Chris Chu emanated his usual charm that makes you instantly fall in love and the entire band commanded the stage with vigor that I’d never seen before from them. Thoroughly beholden to their audience, they finished with “Excuses” with the audience sharing in the walloping harmonies. The Morning Benders have made the entire bay area local music scene extremely proud. 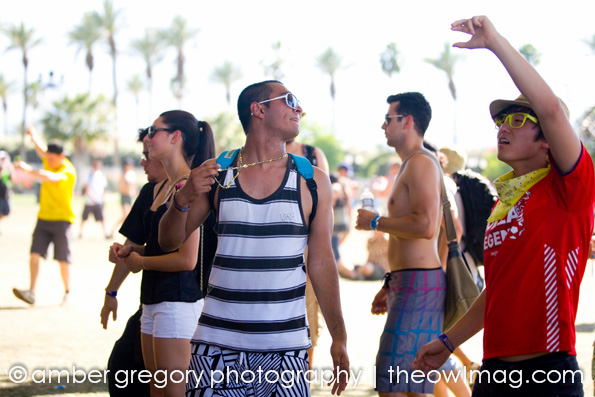 “This is the same word in English and in French â€” do you want to dance?” Yelle proved that dance music translates across any international barrier. Front woman Julie Budet doe eyed with thick eyelashes, danced around charismatically in a red cheetah print jump suit belting out an even mixture of songs from debut album Pop Up as well as their recent, Safari Disco Club.

Worst Use of Lighting: Bright Eyes 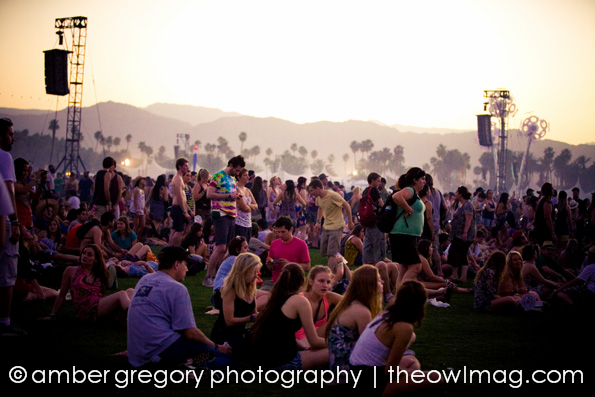 As an iconic piece of music history, Brett Anderson flails about on stage all while maintaining a raw, honest vocals. Belting out songs like “Animal Nitrate” and “The Drowners” Brett Anderson proved that Suede is one of the most phenomenal pieces from alternative music. 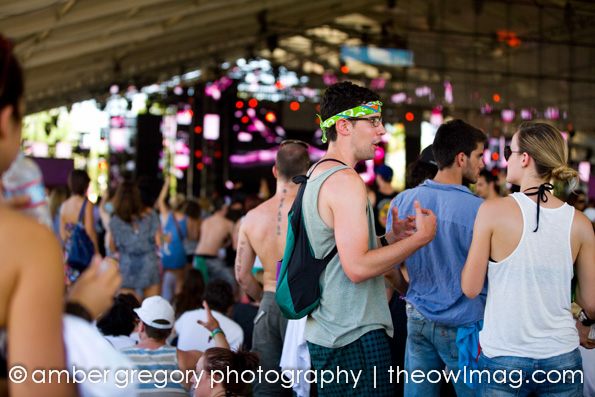 While most of the fest’s attendance were watching Alice Glass hobble around screaming during Crystal Castles set, a wise few hundred decided to go with european band Monarchy. The band, fully clad in black suits and white masks played enigmatic dark-synthpop underneath a dark shroud of purple lights. 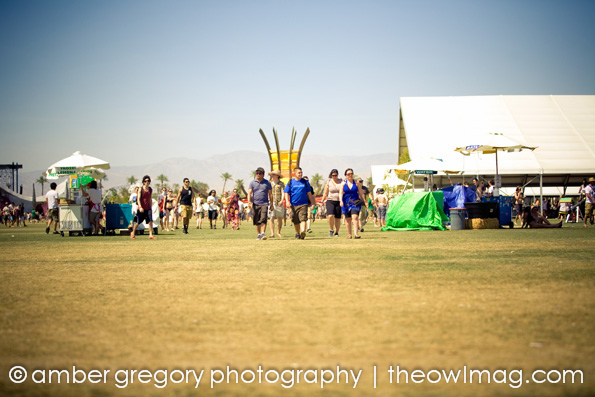 Wiz Khalifa who’s recently been dubbed as one of the “softest rappers in the game” by Ghostface Killah, and has come down under the mallet of harsh critics with the recent release of Rolling Papers, gained credibility with the “too hip for this” crowd when he broke out into “The Thrill” which consists of Wiz rapping over Empire of the Sun’s “Walking on a Dream.” This attempt to gain new indie fans would probably have gone over ten times better if Empire of the Sun had actually joined him on stage, but it was still relatively effective. 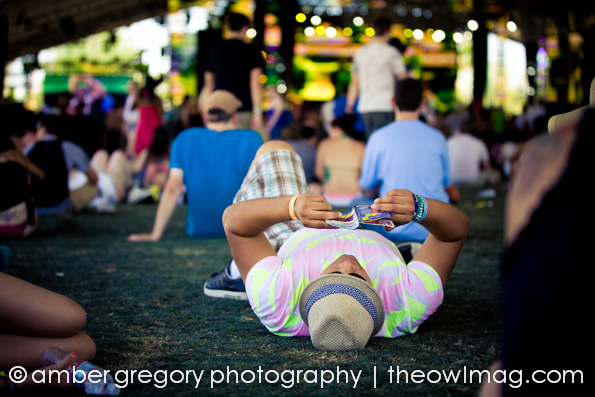 The now solo Brandon Flowers brought out past Killers band mates, Dave Keuning and Mark Stoermer to join him during “Mr. Brightside”. Thousands of people reminisced over the Grammy nominated single off Hot Fuss, and for that very moment it was 2004 all over again.

Overzealous hipsters who don’t “get” the new tracks and pouted when the band never got around to playing “My Girls” and tweens with neon face paint and feathers in their hair passing out on top of each other because it’s their first time doing drugs and they don’t have enough cash to pay for $5 water.