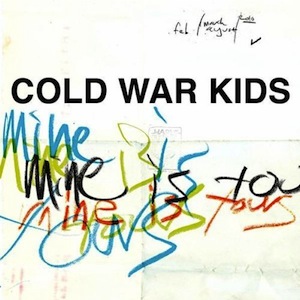 Cold War Kids – Mine Is Yours
It’s like they finally let go of their hard-headed, got-to-be-indie edge/defiance. Shitload of hooks, a whole new level of soul, much warmer sound, more finesse in Nate’s vocals, toned down brittle guitarâ€¦ can you tell that I’m so frickin happy about this album? It’s so sweet on my ears I almost can’t stand it. Literate, optimistic, warm (even with the drum machine thing going on), and even daring because I’m sure they knew the “commercial” tag would be on their asses in .90210 seconds or less. Love. It. Hard. 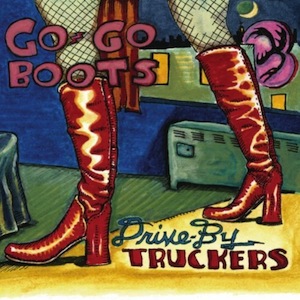 Drive By Truckers – Go-Go Boots
Being from the south, I love the south…so why wouldn’t I love an album that sounds like home? “Go-Go Boots” is actually the only album I’ve bought this year (so far) because the Drive By Truckers never seem to fail me. A little bit country, a little bit soul, a whole lotta rock n’ roll…this album does everything a great record should: it kicks ass. 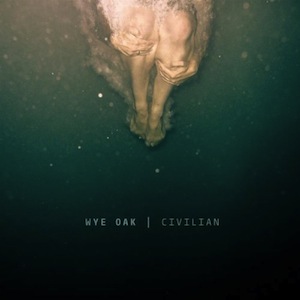 Wye Oak – Civilian
Wasner’s velveteen vocals blended with the chillesque romantic beats of “Holy Holy” have permeated my gray matter since the release of Civilian. If Beach House and Phantogram could make babies, they’d sound like Wye Oak. Oh, and they put on one hell of a show too! How that voice comes out of that tiny blonde is mind boggling! Delicious. 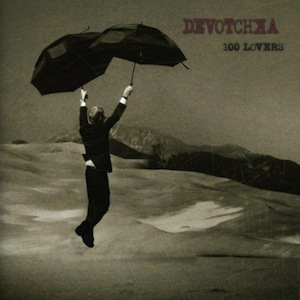 Devotchka – 100 Lovers
Must have album for the first quarter is Devotchka’s 100 Lovers. They sound quite literally, like no one else, are passionate about their music and are some of the most amazing musicians I have ever seen live. Their passion for storytelling, for words and for living life is stunningly illuminated in every song whether it is about joy, loss, love or the dark flip side thereof: betrayal.

Kyle Krone – TBD
This isn’t even a full-fledged album yet, but we’re digging the first 3 singles so much, that we couldn’t help but include it in this list. “Hiding in Plain Sight,” “For Those Who Think Young,” and “1963” are like warms rays of sunshine smacking you across the face while cruising down the California coast. Doesn’t get much better than that folks.

Kyle Krone – For Those Who Think Young by buzzbands 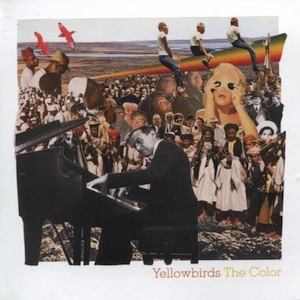 Yellowbirds – The Color
Sam Cohen spins wonderfully lush mini-pop masterpieces under his new moniker, Yellowbirds. His earlier work with Apollo Sunshine was frenetic, distracted, but always innovative and pushing boundaries. The Color, however, seems to imply that his intricate melodies and innate sense of pop-revival are finally charting a more direct creative arc. ”The Honest Ocean” and “Pulaski Bridge” conjure two of the album’s most exhilarating, honest moments and I look forward to discovering new nuances with every listen. 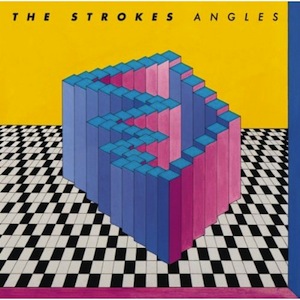 The Strokes – Angles
The Strokes’ new album “Angels” is a lot of what I didn’t expect. They took me to another time in “Machu Pichu”, gave me a reason to dance (and sing along even though I shouldn’t) with “Under Cover of Darkness”, and made me hit replay at least three times for my personal feel-good song “Gratisfaction”. So thank you Strokes, for giving me a little of what I didn’t expect with a hint of what I did.

The Strokes – Machu Picchu by blackskywhite 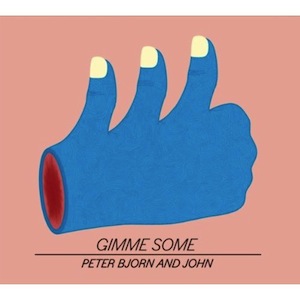 Peter Bjorn and John – Gimme Some
If “Second Chance” isn’t a contender for best song of the year by December, then there will have been an insane amount of good albums to come out. In short, Gimme Some is an excellently crafted collection of catchy whistling, claps, and cowbells combined and carefully placed lyrical soundbites. A must have of 2011 so far. 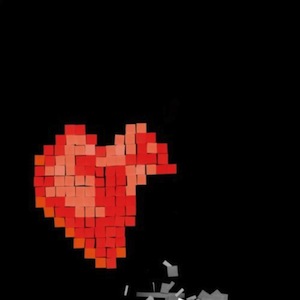 Slow Runner – Damage Points
This album steals the show early in the year for me. I can relate to their style of laughing at life’s shit bombs. It’s so stylish in it’s musings and I can appreciate their talent as well as their perspective. 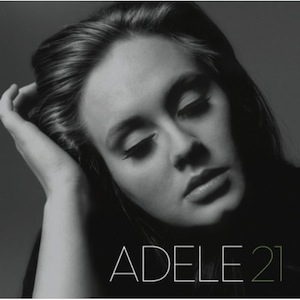 Adele – 21
Not to get all mainstream on ya, but I haven’t been able to stop listening to Adele’s sophomore gem since its late February release. The upbeat soul of radio-happy “Rolling In The Deep” and “Rumour Has It” is infectious, while “I’ll Be Waiting” takes a classic blues-rock turn and “Set Fire To The Rain” reminds us that this proper Brit is a certifiable pop star. If you liked 19 you’ll surely dig on 21; as the title suggests, she’s a little older, a little edgier, and hopefully enjoying her heartbreak with a now-legal shot of Bourbon (well, in the states anyway). I can’t help but do the same. 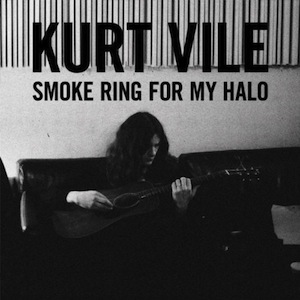 Kurt Vile – Smoke Ring For My Halo
Must have for the first quarter of the year, Smoke Ring For My Halo, by Kurt Vile. I almost made a snap decision about not liking this album, after listening to a snippet of a song. But a friend told me to clear my head, turn the lights down low and really listen. After the first full album play, I was hooked. It’s like Classic Rock and Folk had sex and bore this album. It manages to sound old, yet new in an almost timeless carefree way. Get it. Love it. Got it? Good. 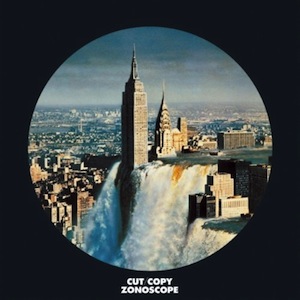 Cut Copy – Zonoscope
In a far away land where funky dance tunes live, Cut Copy is king. All that this album is missing is a cold one, a sunny day, and a bunch of your friends. Zesty synths blend with clever lyrics for 11 tracks of non-stop party jams.

“Take Me Over” (Midnight Magic remix) 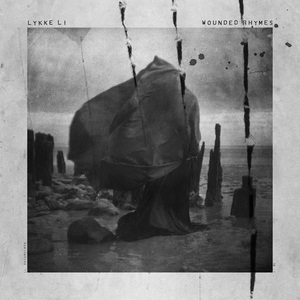 Lykke Li – Wounded Rhymes
I’m addicted to this album. From Li’s sultry and savory voice in “Silent My Song” to the twangy “Unrequieted Love,” I just can’t get enough. The selection of songs is eclectic, original, and keeps me interested. I LOVE the wall of sound/Spector-like production style, especially on “Get Some.” Favorite – “Jerome” – the gritty, primal drums mixed with her etherial and angelic voice gets me everytime. 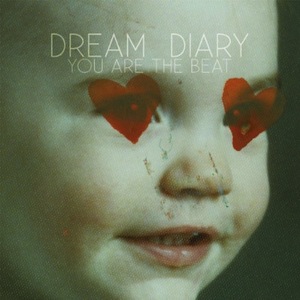 Dream Diary – You are the Beat
There’s something extremely endearing about the romantic simplicity of Dream Diary’s debut album, You are the Beat. Frontman Jacob Danish Sloan’s heart wrenching deep vocals can easily be compared to a slightly more positive young Morrissey and the hazy guitars are a clear derivative from several Glasgow bands. However easily marked as conventional, Dream Diary has a hidden depth of consistency that makes You are the Beat an incredibly solid, steady album worth being played on a loop while you hands and split a milkshake with somebody. 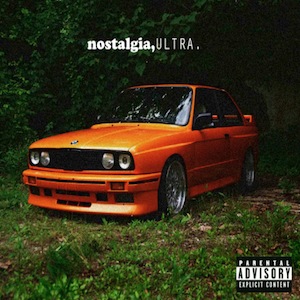 Frank Ocean – nostalgia, ULTRA.
Frank Ocean has been called the Drake of Odd Future, The LA-based rap Collective that sounds like a more menacing Wu Tang Clan and Onyx with a healthy share of punk rock energy akin to Black Flag. Frank Ocean represents the creativity and “I don’t give a fuckness” of Odd Future, without the cringe worthy teen angst. The man’s voice is awesome his choice of production is inspiring. The record has Radiohead sample’s, and He sings over MGMT’s “Elctric Feel”. Ocean pushes the genre to fresh places. The mixtape starts with “Strawberry Swing”, a sci fi tale of a world exploding and leaving a loved one behind as the song ends, an alarm clock goes off and Ocean has woken up from a dream and goes to Coachella where he meets an aspiring dentsit that he falls in love with on “Novacane”. It sounds like nothing else, but is instantly likable. 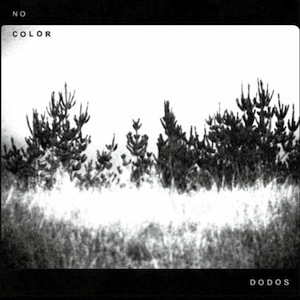 The Dodos – No Color

So far in 2011, The Dodos have struck gold with No Color. Nothing else can beat this album which has been on repeat since first hearing it in March. You can’t go wrong with the combo of Logan Kroeber’s magnificent drumming and Meric Long’s powerful strumming and rich voice. Fans were teased with “Black Night” for weeks before getting our paws on additional tunes. “Don’t Stop” and “Good” are perfect amounts of energetic awesome while “Companions” soothes and comforts. One could be sick of this album with the amount of listens, but alas it will be the first thing that plays the next time the iPod comes on.