A Note from the Road with Lucius 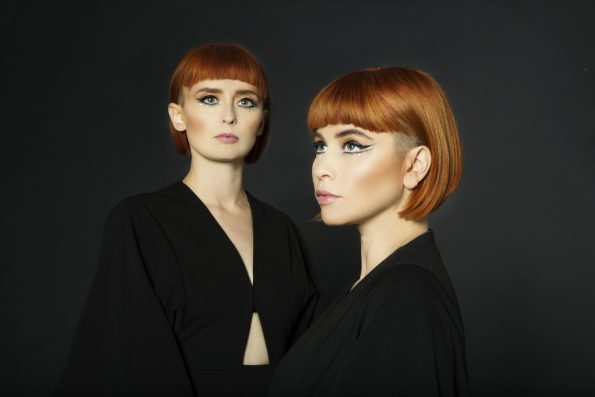 2016 has been a busy year for Lucius. On the heels of the release of the band’s third full-length record in March, Jess Wolfe and Holly Laessig have banked a lot of road time in North America with more on the way later this year, including a festival reuniting them with some great friends.

The Owl Mag: You’re currently on tour in support of your new record, Good Grief. How has your tour been going so far?

Jess Wolfe: Like a pedalboat down a lazy river in a water park

TOM: On the new album, there’s a cool, funky, old school R&B energy to tracks like “Almost Makes Me Wish for Rain,” and “Truce.” What was the inspiration for that?

JW: I suppose I’d have to say old school R&B! Hit the nail on the head.

TOM: The end of the new song “Gone Insane” is very heartfelt and also kind of frightening, but in a very good way. The way your vocals separate and overlap is really remarkable. How did you decide to put that technique in there?

JW: I’m not sure we specifically decided anything and I don’t think we could teach or recreate it just so, even if we wanted to…we let ourselves unhinge and luckily captured it on tape. Sort of a one take wonder.

TOM: “Born Again Teen” is an amazing song, and it’s been one of your most popular songs to date. How does it feel to be garnering such widespread support and acclaim this year?

JW: It feels like a school dance where you actually leave with a number in your pocket and a smile across your face.

TOM: It was recently announced that you’ll be playing with Roger Waters during his sets at Desert Trip. How did that collaboration come about, and what can Lucius fans expect during the set?

JW: The wonderful Jay Sweet [who runs Newport Folk Fest] vouched for us and got us a gig singing backgrounds for Roger, with MMJ [My Morning Jacket] as the band, last summer. It was nuts. We hit it off and have been friends ever since! As for the set, you’ll just have to wait and see…