YOU GOTTA SEE THIS: “In Came The Flood” by Wintersleep 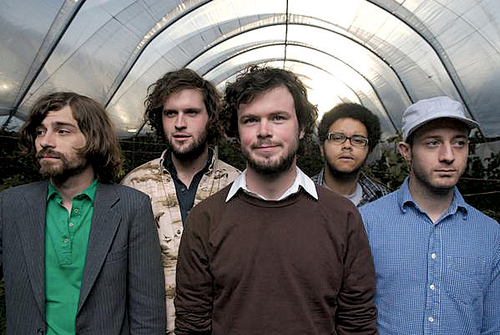 Long active bands look back on their careers through the benchmarks of milestones. After winning a Juno Award in 2008 or opening for Paul McCartney 2009, it’s hard to imagine life going uphill from there. Nova Scotian indie band Wintersleep has continued to flourish through the release of 2010’s New Inheritors and most recently their 2012 release Hello Hum (check out our review here). Wintersleep recently released their brand spankin’ new video for their single “In Came The Flood.”

The band stuck to their trusty director Sean Wainsteim who they’ve worked with in the past. The video consists of Wintersleep performing the track in a smoky and colorfully lit room. Wainsteim doesn’t let the cameras cease motion as they focus in on the band, a suited-up elderly man, an apathetic young blond, and a red-mopped teen boy. All of y’all Northeasterners, be sure to check out Wintersleep onstage as they play in Boston, NYC, and Philly from June 18-20.

Check out “In Came the Flood”: