YOU GOTTA SEE THIS: “Don’t Look Down” by Foxtails Brigade 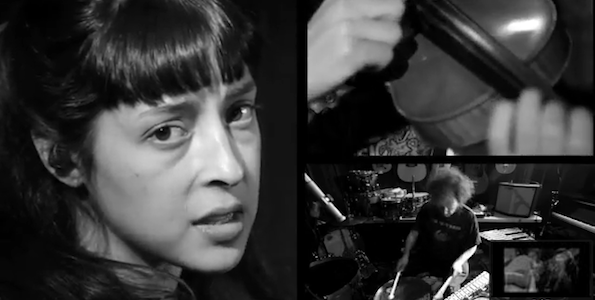 Produced by Jack Conte, the video songs producer and half of Pomplamoose, Bay Area-based chamber pop group Foxtail Brigade has just released a video for “Don’t Look Down.”

The video was recorded at Conte’s studio in Sonoma county and features his split screen style, showing how each part of the song comes together, a formula which put Pomplamoose on the YouTube map. It’s the first in a series of 4 which you will catch in the next few weeks on the Foxtails Brigade YouTube channel.