We first saw Facial opening for Jennylee of Warpaint at The Chapel in San Francisco. Today we premiere the band’s new video “White Veil” and the guys provide us with a little insight on what went into making the video.

“White Veil thematically has always been about the thin slice of innocence one holds onto. Fear and terror are only tools used by insidious forces to veil our total sight, but will ultimately be defeated by the light of a higher consciousness. Justin Bell (who directed our previous videos “Justin’s Tropical Shirt” & “Rage Noir” and is also the pasted out dude on our album cover) embodied this theme in the video as we watch Jay resist the terror that surrounds him, and although at first it frightens him, his individuality and perseverance, not his possessions and fear, help defeat these evils. We were also on mushrooms while we shot it.”

Facial embarks on a US tour supporting Warpaint as Warpaint tours in support of their new record, Heads Up 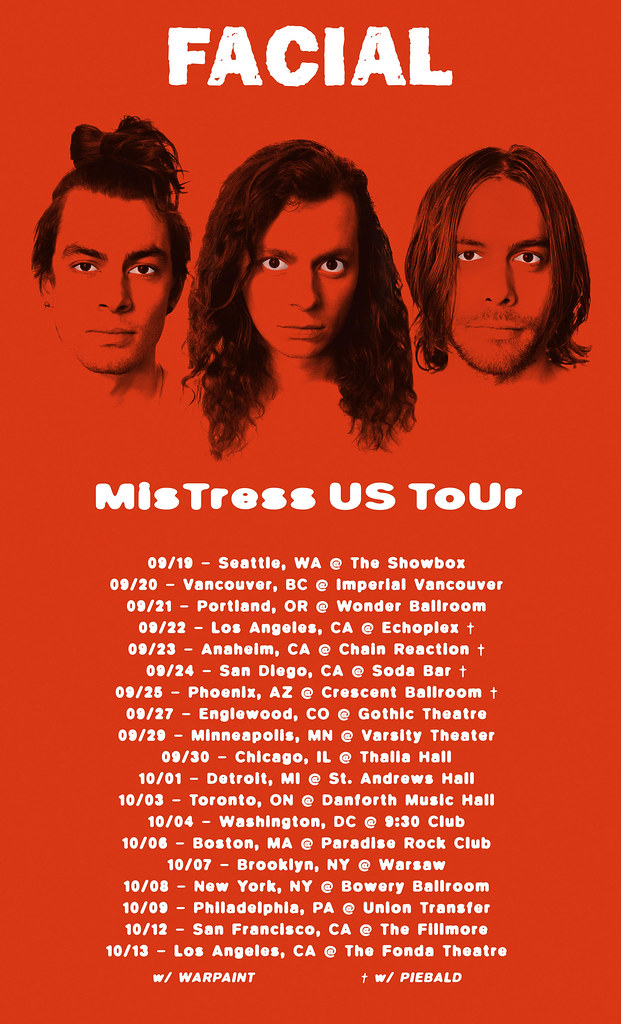